It's estimated 70 per cent of plane passengers fear flying. Should they?

An independent report into Malaysia Airlines flight MH370 released this week failed to determine the cause of the plane's disappearance.

The 239 people on board are presumed dead and it remains one of the greatest tragedies and mysteries of the modern aviation era.

It has also raised questions about the safety of flying. 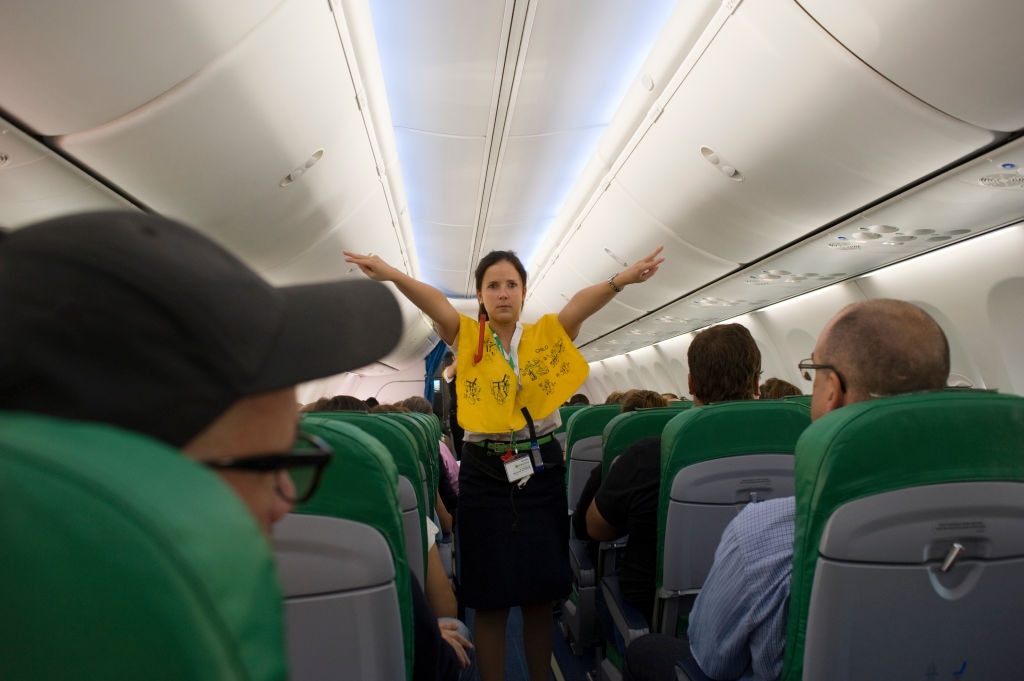 How safe is flying?

Statistically speaking, flying on a commercial airliner is the safest form of transport there is, according to the US National Safety Council.

That’s because alongside technological improvements to aircraft over the decades, the whole system of international air travel is carefully regulated. Passengers evacuate from a plane on fire at Fort Lauderdale airport, Florida in 2015.
AFP

“The entire system is designed to make you safe,” US aviation writer and author Christine Negroni told SBS News.

“We know who is in every single plane around you, who is controlling the airspace around you, how the vehicle has been maintained. You don’t have that in a car, train or bus.”

Are most accidents fatal?

The deadliest plane crash in history happened in 1977 in Tenerife, the largest of Spain’s Canary Islands. Two planes collided on the runway and 583 people were killed.

The Canadian-based International Air Transport Association (IATA) represents 290 airlines (or 82 per cent of global air traffic). It says the five-year average from 2012 has been 75 accidents a year, (almost 11 of them with fatalities) per 37.3 million yearly flights. That’s an average of 315 people dying a year in plane crashes over the past five years. But in 2017, there were only 19 deaths.

Those statistics also reveal something that Ms Negroni said is little understood: even if you are unfortunate enough to be in an air accident, you are likely to survive it.

“The number the US National Transport Safety Bureau gives out is that 95 per cent of all accidents have survivors, which is the opposite of what people say.”

Which airlines are the safest?

Western Australia-based Aviation journalist Geoffrey Thomas has developed a seven-star rating system to rank the world’s safest airlines on the website AirlineRatings.com. Australian travellers will be pleased to hear that Qantas and Virgin Australia are in the top 20 of 2018. Mr Thomas’s rating system is based in part on the IATA Operational Safety Audit of airlines’ management and control systems. Airlines that have passed the biannual IOSA audit automatically get three stars.

“Over four billion people fly every year, and the number of fatalities is minimal, tiny. If you’re flying in the US or Europe or Australia, the chances of being involved in an accident on a commercial jet airliner are virtually zero.”

The rating also takes into account the legal and safety oversight systems of each country (things like air navigation and the quality of regulators); the EU banned list which blacklists dodgy airlines; and the airline’s accident rate over the past decade (not including acts of terrorism or suicide). Jet hull losses (or an aviation accident that damages the aircraft beyond economical repair).
SBS News

“Aviation is shrouded in mystery,” he said. “The magic of flight is also the mystery of flight. Lufthansa estimates 70 per cent of people who fly have some degree of fear of flying, 30 per cent of people have a serious fear or flying and they use safety as the first criteria when they make a booking.”

Some regions are safer than others too. IATA’s statistics show that serious accidents are more common in Africa and the Commonwealth of Independent states (that’s the former Soviet Republics).

Dr Ron Bartsch, the Sydney-based chair of aviation safety consultancy firm AV Law said 85 to 90 per cent of accidents these days are caused by human error.

“It is 680-fold safer to fly in an aircraft now then what it was after World War II. Nearly all of those advances, up until round about the mid-90s, were due to technological development. The jet engine was more reliable, the development of radar, anti-collision systems, ground proximity warning systems, advanced simulator training. All those things have led to an incredible reduction in the number of accidents.”

“No accident has just one cause. In the air safety world, we always say that an accident is the result of an unbroken chain of events. One break in that chain and the accident would not happen,” she said.

The crew of the Boeing-777 last made contact with ground staff about 40 minutes after take-off, and the plane was tracked by military radar for another hour as it deviated westward from its planned route before vanishing. All 239 people on board are presumed dead, and tens of millions of dollars have been spent on unsuccessful searches.

An independent Malaysian report into the flight was “unable to determine the real reason for the disappearance”, but Chief Investigator Kok Soo Chon said: "We are not of the opinion it could be an event committed by the pilot." Many analysts, including Mr Thomas, believe pilot suicide is the most likely.

“[With MH 370] we strongly suspect pilot suicide, which does happen from time to time. Absolutely horrifying, but as a percentage of the number of flights, about 13 cases in 50 years, it’s almost not recordable,” he said.

“But no one really knows what happened.”

Ms Negroni says there are other possible explanations, which she detailed in her 2016 book Crash Detectives.

These lines of inquiry include whether the plane suffered sudden depressurisation and the pilot was affected by hypoxia (low oxygen) which would impair his skills and judgement (she argues the turns in the flight path show “clear evidence of illogical action”). Rather scarily a 2006 Australian Transportation Safety Bureau study catalogued 500 depressurisation events over the preceding 30 years, mostly in commercial jets. Ms Negroni also says the location of the galley above the electronics bay which in other planes has seen liquid leak onto the equipment beneath could have been a factor; such as happened in a Qantas flight between London and Bangkok in 2008 (the pilot managed to land that plane safely without electrical power).

Airlines are required to be able to closely track their planes in flight, but Ms Negroni says Malaysia Airlines’ own safety staff warned management seven months before MH370 disappeared that their systems could only track planes every half hour. Making sure airlines are compliant with tracking regulations is important to ensure such an event does not happen again, she said.

Mr Thomas said changes to mandate frequent tracking are being rolled out globally.