The world is looking for signs that the arrival of warmer weather could help countries in the Northern Hemisphere contain large outbreaks of COVID-19. But what does that mean for Australia as the colder months approach?

With New South Wales and Victoria expecting unusually cold weather this week, and winter on its way, SBS News asked health experts how it might impact the spread of coronavirus.

How does the cold impact COVID-19?

Many respiratory infections are spread in droplets that are released when an infected person coughs or sneezes. When the air is cold and dry, those droplets float in the air for longer and travel further, infecting more people.

“So for influenza, for example, if the temperature is low, it seems that the virus survives for longer,” said University of Sydney epidemiologist and respiratory physician Professor Greg Fox.

As of yet though, we don’t have any reliable studies to say how COVID-19 responds to temperature and humidity - the disease hasn't been around long enough to be sure. 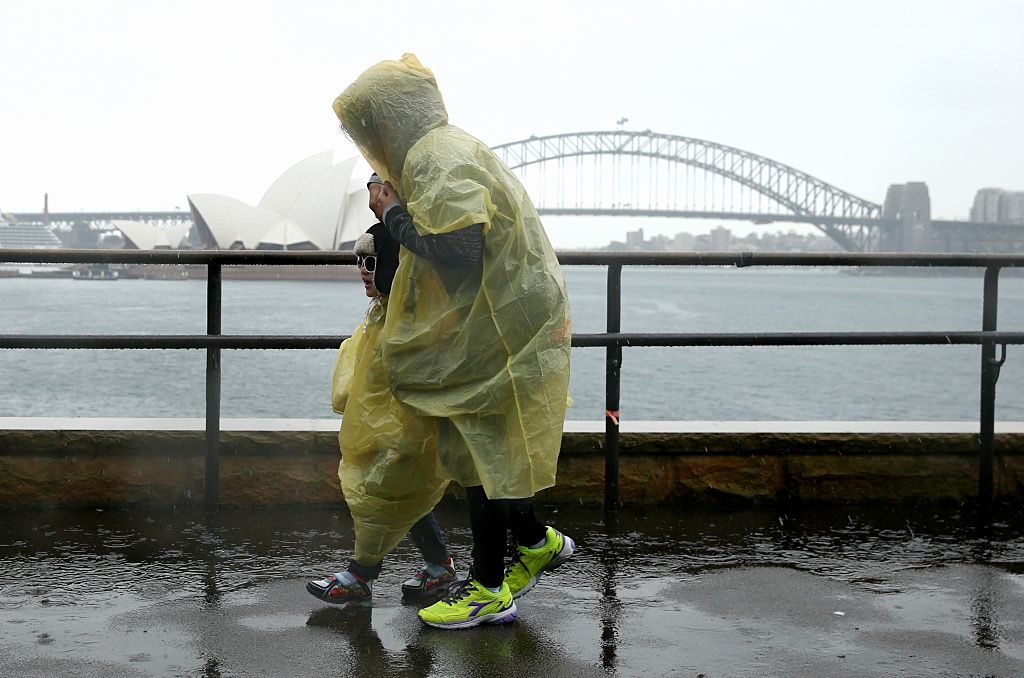 Health experts are still researching the factors that impact the spread of COVID-19.
Getty Images

After the swine flu pandemic in 2009, “there were some studies that were done using guinea pigs to look at the transmission of the virus, and they were able to control very carefully for temperature and humidity,” Professor Fox said.

“By doing that, they could actually show a clear relationship because they were able to avoid any of the other social factors which would normally influence transmission.”

“We'll certainly see the effect of the seasonal changes over the coming months but it does not appear from many of the published studies that there is a strong relationship between temperature and transmission.”

But the cold isn’t the only factor that could increase transmission in the coming months.

Why are experts worried about winter?

According to Australian National University infectious disease physician and microbiologist Professor Peter Collignon, the concerns about winter approaching lie in the experiences of countries in the Northern Hemisphere.

The US is approaching one million cases of COVID-19, while Spain, Italy, France and the United Kingdom have each reported more than 20,000 deaths from the virus.

“That's been where the disaster has been, with some exceptions like Korea and Taiwan that have controlled it,” he said.

“But we have the same risks here to the transmission of any virus you can think of that goes by the respiratory tract, it is higher in winter and early spring.”

Professor Collignon is also worried that winter might give coronavirus the opportunity to disguise itself as a bad cold or flu.

“That's probably why it was so widespread in Italy, Europe and the US, because it wasn't noticed until they started seeing a lot more deaths in the elderly,” he said.

“But we won't get in the same situation as Italy or the US because we've got a lot of testing in place, we will be testing anyone who has a sneeze or a cold or a sore throat.”

What other factors could come into play?

Winter also means people may be less able to fight the virus due to reduced immunity, Professor Fox said.

“The hypothesis is that there is potentially reduced vitamin D or other factors that are seasonal.” Australia is starting to lift some coronavirus restrictions. What are other countries doing?

“Ultraviolet light has also been proposed as a reason why COVID-19 or other viruses may survive for a shorter time during the warmer months of the year when it's lighter and sunny but again, this remains to be investigated through research.”

Professor Collignon added: “if we look at the Spanish Flu in 1918, we had a small first wave around this time, and then a second, slightly bigger wave came in the winter”.

Does it mean countries with warmer weather will benefit?

Kirsty Short, a virologist from the University of Queensland, said it doesn’t mean countries with warmer weather will be protected.

“It's not as simple as saying ‘oh tropical countries will be protected and more temperate countries will be susceptible’ because we've seen this virus spread everywhere from Canada to Singapore,” Dr Short said. 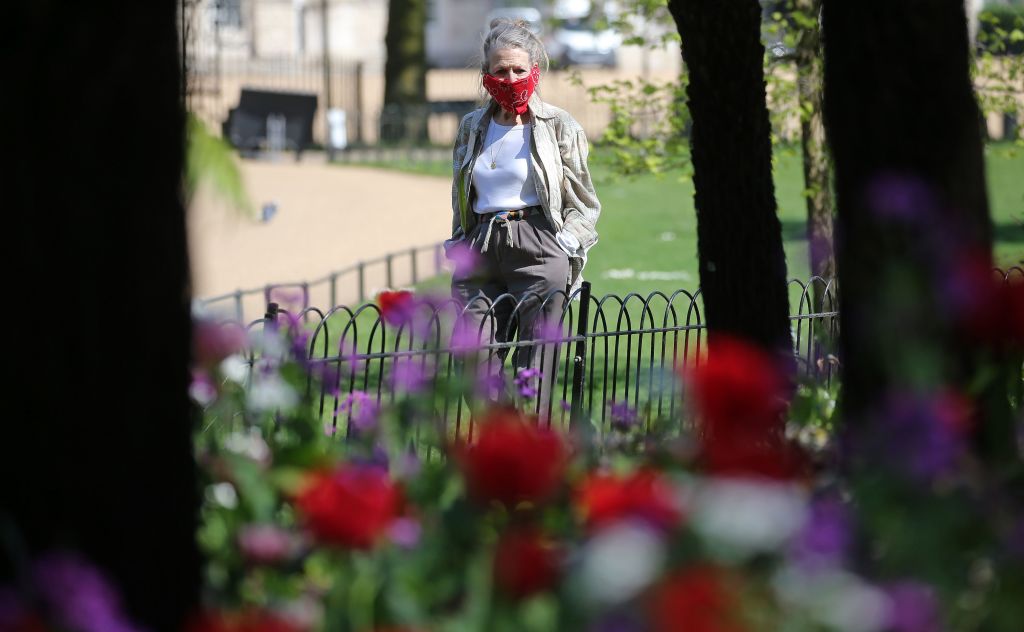 A study by the University of Michigan released in early April revealed the most common coronaviruses known to infect people are highly seasonal, with most cases peaking during winter months.

“Other coronaviruses like MERS seem to be happening all year round so it depends on the specific virus - and we're still learning a lot about this one,” Dr Short said.

Will seasonal changes in human behaviour spread the virus?

All three of the experts SBS News spoke to said people spending more time together indoors would be one of the biggest contributors to the spread of COVID-19 in colder temperatures.

Professor Collignon said, “when it's cold outside and miserable and wintery. You're inside more and you're closer to other people, so there's a bigger risk that you can catch it from other people just because of your proximity.”

Transmission is also made easier between people with regular close-contact living under the same roof.

“That's certainly been seen in China in the early days of the epidemic where there was a lot of transmission within households, suggesting that close indoor contact is a risk factor for transmission,” Professor Fox said.

But, Dr Short said, social distancing measures and a ban on group gatherings has been working - and protecting people not just from COVID-19.

“What we're seeing already in this year’s influenza season is really the dropping rates - and they've seen that in Hong Kong, they’ve seen that in Japan as well. All this social distancing that's designed to protect us from coronavirus is also inadvertently protecting us from the influenza virus.”

How will COVID-19 overlap with the flu season?

The overlapping of the flu season and the COVID-19 pandemic, Dr Short said, increases the risk that people could have a co-infection of both viruses.

“We have seen that in some patients, we still don't fully appreciate what that means in terms of severity, but I personally wouldn't want to have both of those together,” she said.

“There is concern that if there was to be a high number of influenza cases that those individuals may have depleted immunity and therefore may be more susceptible to COVID-19,” Professor Fox said. 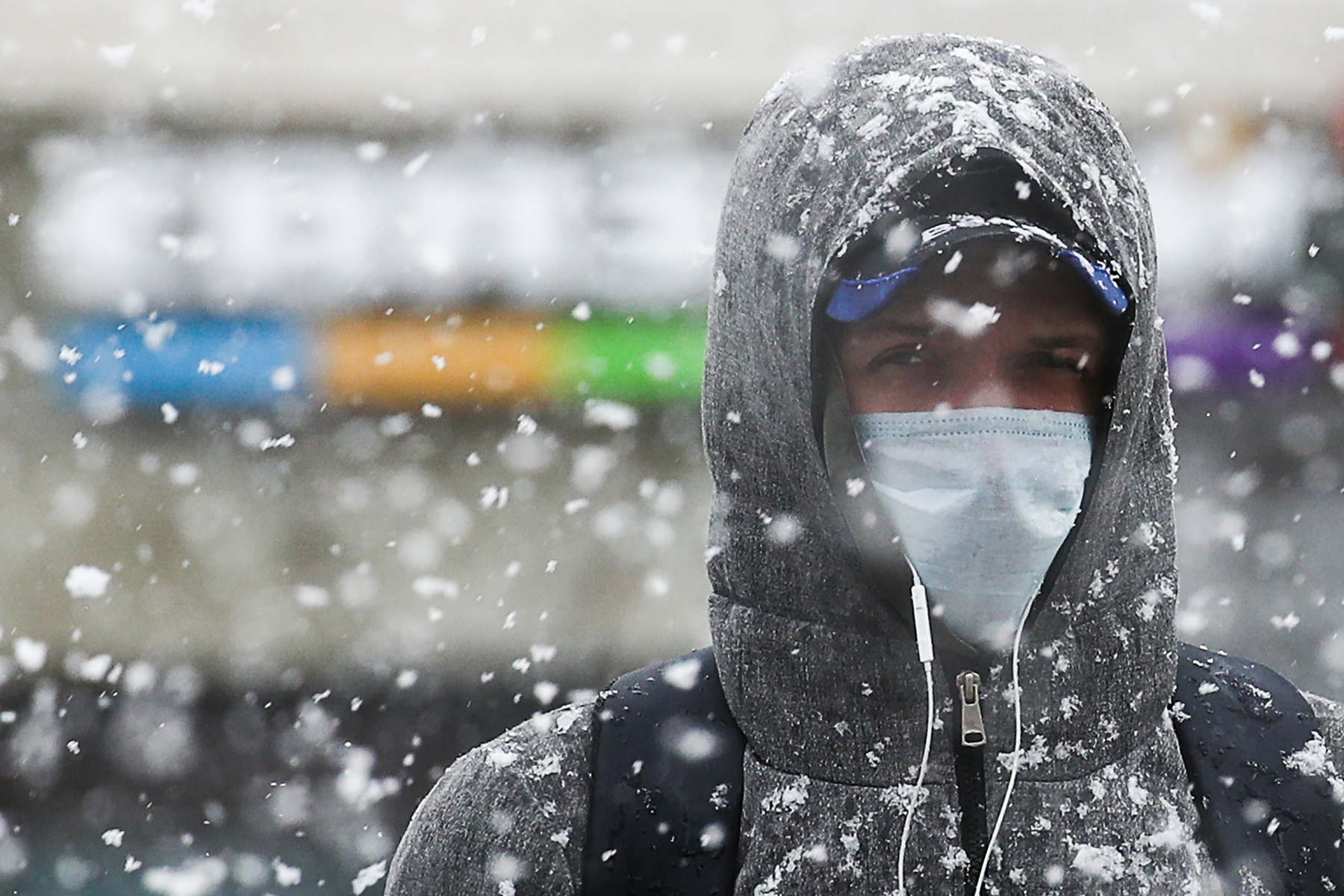 A snowfall in Moscow in March.
Getty Images

Dr Short’s other major concern is that the healthcare system could be overwhelmed by an influx of both influenza and COVID-19 cases at the same time.

“That could lead to increased morbidity and mortality, so the concern about winter is in-part concern about what else is circulating at that time of year.”

How can Australians protect themselves during winter?

Professor Fox advised people in Australia to get a flu shot.

And in regards to COVID-19, the health experts agree that common-sense measures to reduce both airborne and contact transmission remain. 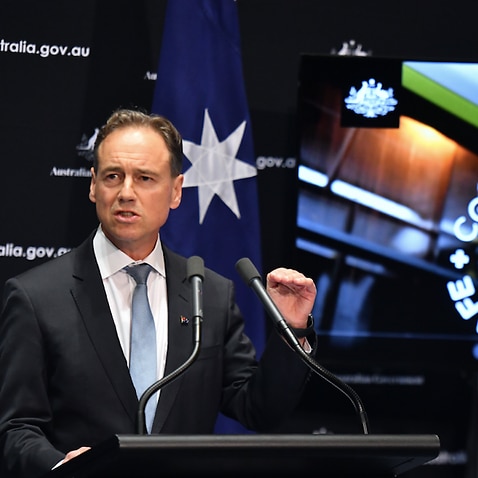 “Which is to maintain social distancing, to wash your hands regularly and to make sure that If you cough, cough into your elbow rather than coughing into the open, and to avoid going into public places when you’re unwell,” Professor Fox said.

Professor Collignon urged: “we have to do everything we can to stop ourselves from getting it and giving it to other people.”

More information on the flu (influenza) immunisation service is available at health.gov.au