Images and depictions of dogs have reportedly been omitted from some Chinese Lunar New year celebrations in Malaysia, which is the latest indication of the country's move towards Islamic conservatism, one expert believes.

Chinese populations around the world are preparing to mark Lunar New Year on February 16 with the welcoming of the Year of the Dog.

But the event in Muslim-majority Malaysia, with about 23 per cent of the country's 31 million people being Chinese, has reportedly been overshadowed by the omission of dog images on decorations and merchandise.

Several major commercial hubs have opted not to depict dogs, including The Sunway Pyramid, which is a busy shopping mall just outside Kuala Lumpur, according to CNN.

The ommitance is seen as an action consistent with the the government's "allignment" with Islamic conservatism, according to foreign affairs and human rights expert Dr Jean Jonathon Bogais. 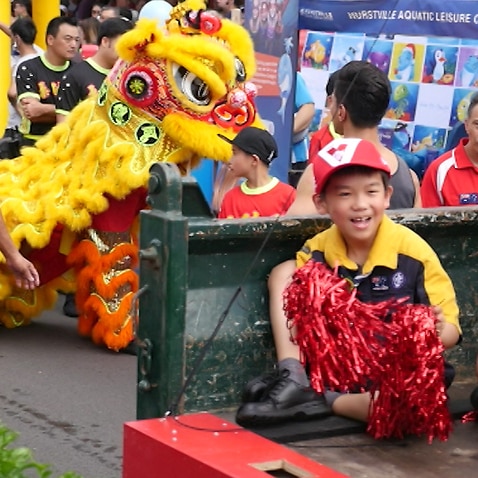 Dogs are considered "unclean" under Islamic tradition and Muslims are required to carry out a ritual of washing themselves if they are in contact with the animal.

"By aligning itself with fundamentalist groups, [the government] hopes to gain the support that it was losing," Dr Bogais told SBS News.

"We look at the religious aspect on one hand and of course the appearance of a dog on the merchandise is very controversial within Islam fundamentalism.

"We have a license given by the government to some of the most radicals to continue in that direction.

"This is very controversial in Malaysia, because it is fundamentally secular and multicultural society, and that's the way it was defined in its inception." 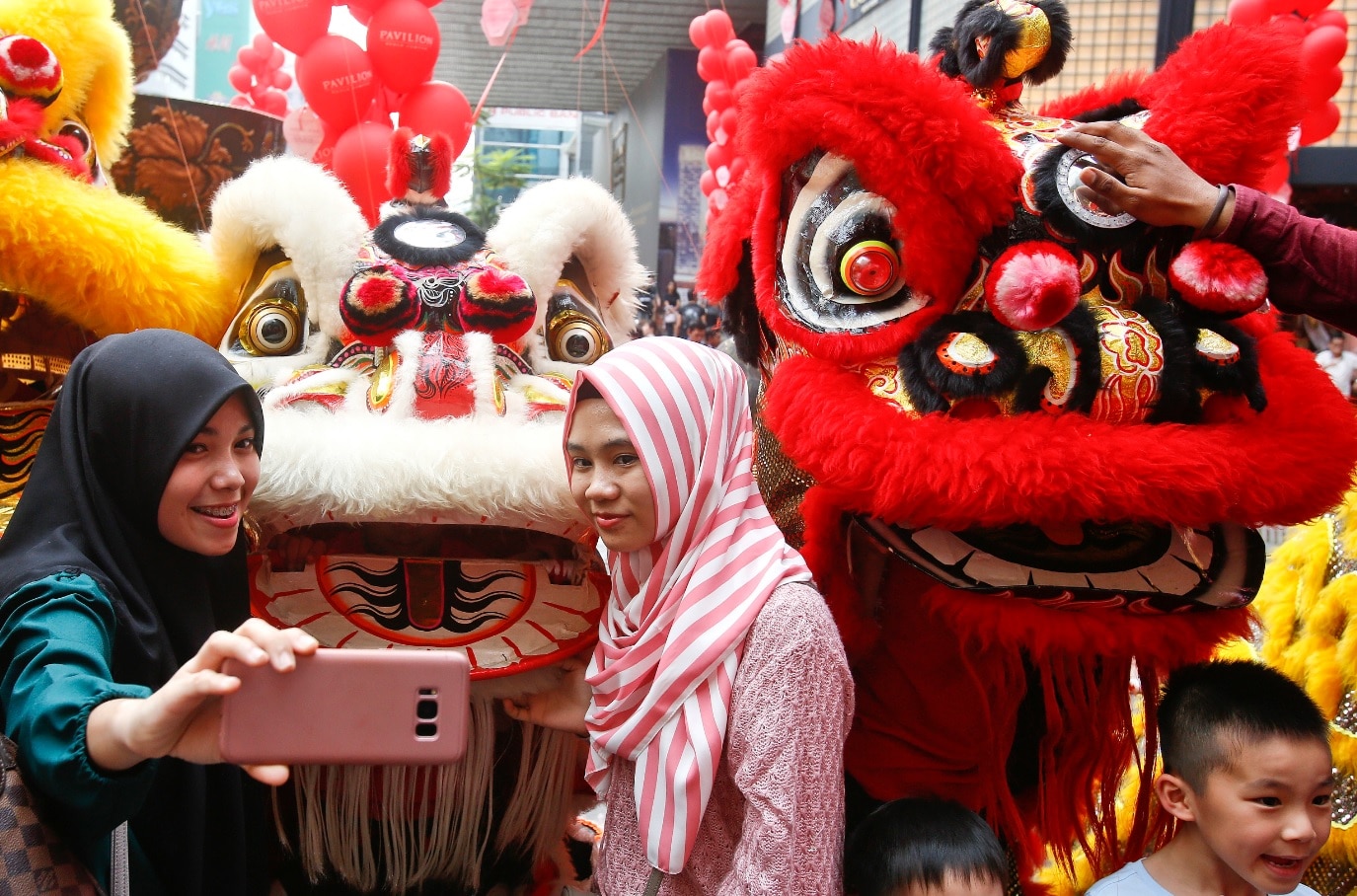 Muslims women take pictures with the lion dance at a shopping mall ahead of the Lunar New Year celebrations in Kuala Lumpur, Malaysia, Saturday, Feb. 10, 2018.
AAP

Dr Bogais believes "it's much more difficult" for Malaysia's Chinese community to celebrate the event in the current context.

"I don't think we will see the end of it soon, we are probably going to see more radicalism, within certain groups in Malaysia, in a similar way that we’ve sene in indonesia, The Philippines and Bangladesh," he said.

One shopping mall in the popular Kuala Lumpur tourist area of Bukit Bintang did not depict dogs in its decorations ahead of the new year, focusing instead on the 10th-anniversary theme of the centre, Pavilion Kuala Lumpur.

The mall attracts three million people of various backgrounds each month, she said.

"One of the considerations we take in when we work on decoration concepts for Pavilion KL is to create something highly experiential ... and also to be socially accepting (for) all," she said.

Twelve animals, including a dog and a pig, another animal Muslims consider as "unclean", make up the traditional Chinese zodiac. 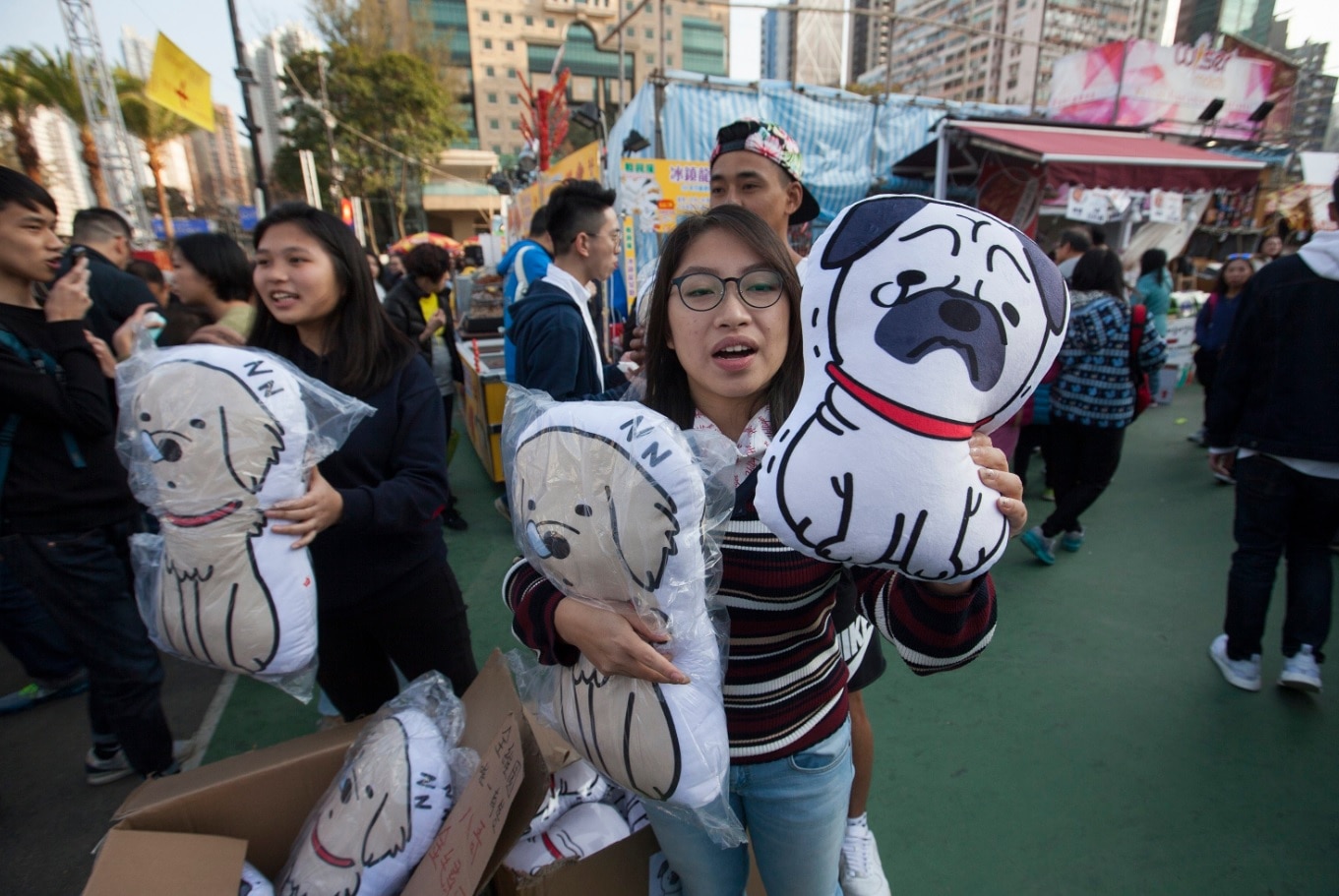 Professor Jocelyn Chey, from the Australia-China Institute for Arts and Culture at Western Sydney University, said the signs did not hold any religious signficance rather they were a method of tracking years and age.

"The important thing to know, it's not a question of worshipping a dog, or a pig, it's simply a method of recording which year we're in," she told SBS News.

"That's also modified by other signs, so the total cycle is 60 years, people in Chinese culture very often instead of asking someone how old they are, might seem a little bit rude, ask what's your birth sign.

"You can roughly place somebody whether they are 12 years older or young. It would give you an idea about whether someone is 48 or 36, or 24."

Incidents in the past

Malaysian Muslim leaders have been vocal about events that involve dogs before.

After the 2014 Commonwealth Games opening ceremony in Glasgow, when athletes paraded with a Scottish terrier donning their country's name, local politicians aired their disproval, calling the stunt "disrespectful".

In 2016, religious authorities asked popular pretzel chain Auntie Anne's to change the name of its "Pretzel Dog" to "Pretzel Sausage".

At MyTOWN, another Kuala Lumpur shopping centre where half the visitors are Muslim, the mall downplayed the depiction of dogs in its decorations.

"We have the dogs but it's in how we (display) them. They are not the main object. They are life-size and placed as ambient decorations," Head of Marketing Christopher Koh said, so the canine would not appear like an idol.

"It's the same with the pig (for the Year of the Boar), Malaysian retailers won't usually put up a giant pig as a centrepiece."

Alex Chow, who runs a company supplying packaging materials, said corporate clients have stuck to generic illustrations for their packaging designs this year.

Chinese Malaysian Wong Wei-Shen, who has several dogs as pets, said businesses were being "ridiculous".

"It's a shame because Malaysia is a multicultural country. To dismiss the fact that the Chinese have a dog as one of the zodiac animals is unfair," Mr Wong said.

"Every zodiac animal has its good attributes, and the dog represents a guide, a best friend, a comforter and loyal friend."