After settling in Perth in 1990 through the United Nations refugee program, Ann Odong's work to boost the profile of women's football in Australia has seen her hailed as "a true pioneer".

As celebrations continue after Australia and New Zealand won their joint bid to host the 2023 FIFA Women's World Cup on Friday, few people are happier than Ann Odong.

Ms Odong was not only part of the team that helped secure the event but has a long history of advocating for women's football in Australia.

"This is not a moment that just happened early Friday morning, this is a moment that has been building for a really long time," she told SBS News. 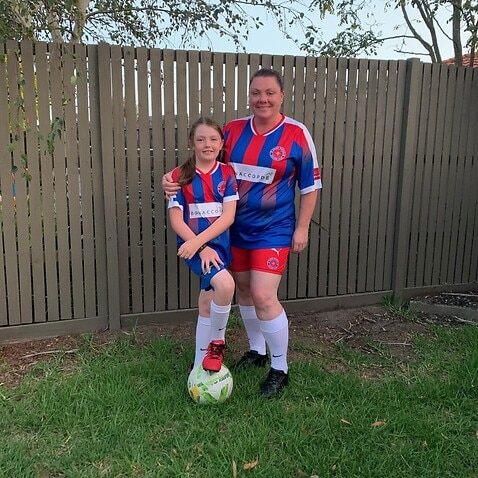 Fighting for the game

Ms Odong worked as a campaign coordinator for the bid from January 2018 to December 2019, before moving into a communications role with Football Federation Australia (FFA).

"A lot of the work we did was about telling the story and selling the vision of what a Women's World Cup in Australia and New Zealand would be able to do for the whole game," she said.

She said hearing the result with fellow staff and players at FFA's headquarters in the early hours of Friday was a moment of "pure, pure elation".

Will never forget this moment.

The person jumping highest in this image with hands raised is Jane Fernandez, our Bid General Manager. To bring a team together for almost 3 years to complete this incredible feat, Jano is a legend. Full stop. The end.

But Ms Odong's work before she joined the campaign was perhaps just as important in Australia's successful bid for the tournament.

Women's sport has long been underreported in Australia and in 2008, Ms Odong decided to do something about it.

"I got really tired of looking for information all over the place so I thought, 'why don't I start a place where you can find women's football information all together?'," she said.

And with that, she founded The Women's Game website.

"I did it solo for three years, then in 2011, I moved to Sydney from Perth because I knew if I wanted to cover the Matildas, I'd need to be in Sydney ... and I ended up with a 17-strong team."

From humble beginnings, The Women's Game now claims to be the country's largest platform dedicated to covering women's sport. 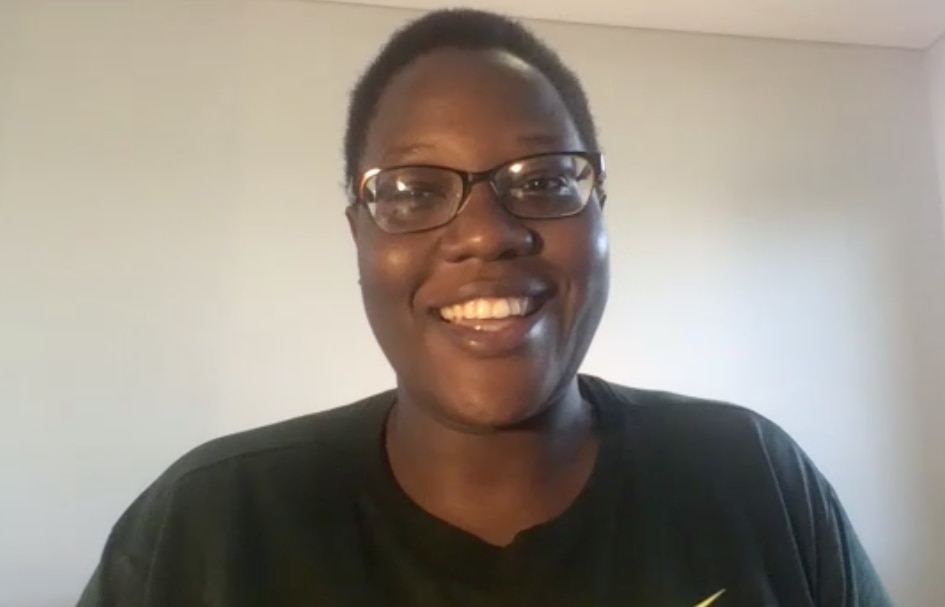 SBS News talks to Ann Odong in the days after the announcement.
SBS News

These efforts have seen Ms Odong attract praise from across the football community, with former Matildas midfielder Sally Shipard once calling her "a true pioneer in media coverage for women's football".

It was a point echoed by SBS presenter Lucy Zelić after Friday's announcement.

"Ann has given a damn about women's football from day one, back when media coverage was virtually non-existent and everything we knew about the women's game came through her," she tweeted.

Must give a HUGE shoutout to the very special @AnnOdong on a day like today. Ann has given a damn about women’s football from day one, back when media coverage was virtually non-existent and everything we knew about the women’s game came through her. Enjoy this, beautiful Ann. ❤️

Ms Odong was born in Uganda but her family fled as the country descended into a bloody civil war during the 1980s.

They escaped to Kenya before settling in Perth in 1990 through the United Nations refugee program.

"I always say it ... For us, football was so important to feeling Australian, feeling part of the culture."

She said she has been a football fan since being first introduced to the game, but "really fell in love with it" when watching the 1998 men's World Cup.

"Seeing the French national team and so many of the great players who had backgrounds from the African diaspora, like Thierry Henry, an all-time favourite, and Lilian Thuram."

"That just opened up the game to me."

As Australia begins its preparations for the tournament, Ms Odong will work as hard as ever to promote women's football.

She said the importance of hosting a Women's World Cup cannot be underestimated.

"For women's football, it's the opportunity to come into the limelight, which has slowly been happening over the past couple of years," she said.

"[This will] change perceptions ... and open it up so that girls don't feel ashamed to play."

Guys, I think it’s finally sunk in, the 2023 @FIFAWWC is coming to Australia and New Zealand! #AsOne pic.twitter.com/a9EUPluYXx

Ms Odong said Australia now has an opportunity "to shape the game for the next 20, 30 or 40 years".

"I truly believe this is a game changer," she said.