The iceberg is 100 metres high.

A massive iceberg drifting off Greenland has triggered fears of flooding if it breaks up, leading the authorities to evacuate a high-risk zone.

The authorities have urged residents of the Innaarsuit island settlement with houses on a promontory to move away from the shore over fears that the 100-metre high iceberg, which was spotted on Thursday, could swamp the area.

"We fear the iceberg could calve and send a flood towards the village," Lina Davidsen, a security chief at the Greenland police, told Danish news agency Ritzau on Friday.

The settlement in northwestern Greenland has 169 inhabitants, but only those living closest to the iceberg have been evacuated, Ritzau reported. Authorities fear the village could be flooded if the iceberg breaks apart.
Reuters

"The iceberg is still near the village and the police are now discussing what do to next," Kunuk Frediksen, a police chief in the Danish autonomous territory, told AFP.

Susanne K. Eliassen, a member of the village council, told the local newspaper Sermitsiaq that it was not unusual for large icebergs to be seen close to Innaarsuit.

"But this iceberg is the biggest we have seen... and there are cracks and holes that make us fear it can calve anytime," she said, adding that the village's power station and fuel tanks are close to the shore.

"Nobody is staying unnecessarily close to the beach and all children have been told to stay in areas that are high up," Eliassen added. 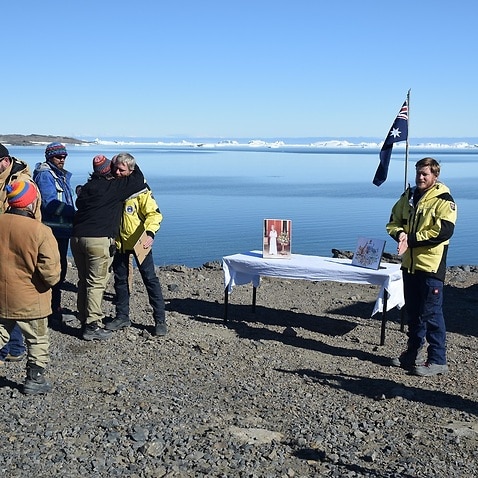 The incident comes weeks after scientists at New York University shot and released a video of a massive iceberg breaking free from a glacier in eastern Greenland in June.

"Iceberg production in Greenland has been increasing in the past 100 years as climate change has become stronger," William Colgan, senior researcher at the Geological Survey of Denmark and Greenland, told AFP.

He said the rising number of icebergs are in turn "increasing the tsunami hazards" which occur when they break away from a glacier and trigger a tidal wave.

Last year, four people died and 11 were injured after an earthquake sparked a tsunami off another island settlement called Nuugaatsiaq, sending several houses crashing into the sea.