The discovery of the largest body of liquid on Mars has some scientists questioning if it provides the condition for life.

A massive underground lake has been detected for the first time on Mars, raising hopes that more water - and maybe even life - exists there, international astronomers said Wednesday.

Located under a layer of Martian ice, the lake is about 20 kilometers wide, said the report led by Italian researchers in the US journal Science.

It is the largest body of liquid water ever found on the Red Planet.

"Water is there. We have no more doubt," co-author Enrico Flamini, the Italian space agency's Mars Express mission manager, told a press conference.

Mars is now cold, barren and dry but it used to be warm and wet. It was home to plenty of liquid water and lakes at least 3.6 billion years ago. 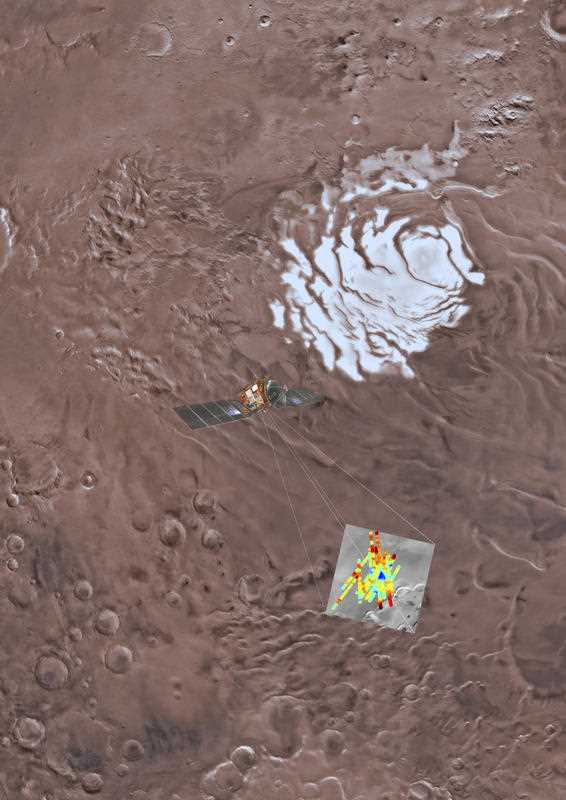 Scientists are eager to find signs of contemporary water, because such discoveries are key to unlocking the mystery of whether life ever formed on Mars in its ancient past, and whether it might persist today.

"This is a stunning result that suggests water on Mars is not a temporary trickle like previous discoveries but a persistent body of water that provides the conditions for life for extended periods of time," said Alan Duffy, an associate professor at Swinburne University in Australia, who was not involved in the study.

Being able to access water sources could also help humans survive on a future crewed mission to Earth's neighbouring planet, with NASA aiming to send explorers in the 2030s.

This particular lake, however, would be neither swimmable nor drinkable, and it lies almost 1.6 kilometers beneath the icy surface in a harsh and frigid environment. 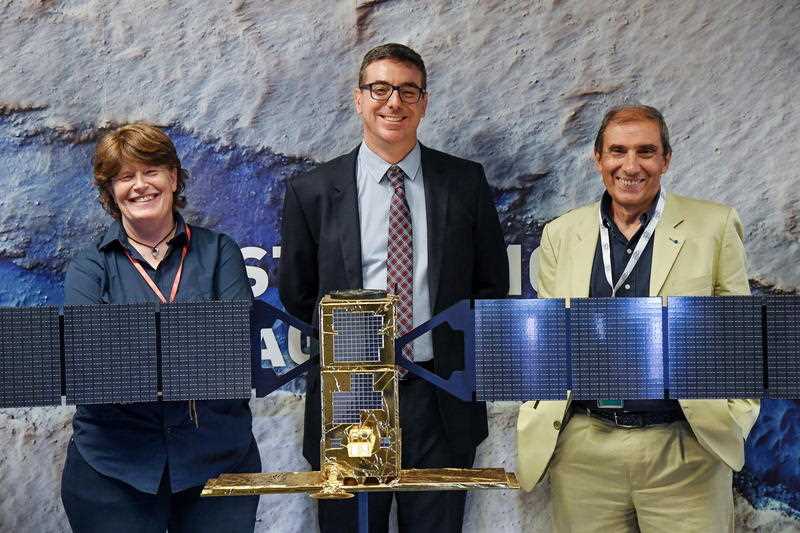 Whether microbial forms of life could lie within is a matter of debate.

Some experts are sceptical of the possibility since the lake is so cold and briny, mixed with a heavy dose of dissolved Martian salts and minerals.

The temperature is likely below the freezing point of pure water, but the lake can remain liquid due to the presence of magnesium, calcium and sodium.

"This is a discovery of extraordinary significance, and is bound to heighten speculation about the presence of living organisms on the Red Planet," said Fred Watson of the Australian Astronomical Observatory.

"Caution needs to be exercised, however, as the concentration of salts needed to keep the water liquid could be fatal for any microbial life similar to Earth's," added Watson, who was not involved in the research. The discovery was made using a radar instrument on board the European Space Agency's Mars Express orbiter, which launched in 2003.

The tool is called the Mars Advanced Radar for Subsurface and Ionosphere Sounding (MARSIS), and was designed to find subsurface water by sending radar pulses that penetrate the surface and ice caps.

MARSIS "then measures how the radio waves propagate and reflect back to the spacecraft," said the study.

These reflections "provide scientists with information about what lies beneath the surface."

A team of researchers led by Roberto Orosei of the National Institute for Astrophysics in Bologna, Italy, surveyed a region called Planum Australe, located in the southern ice cap of Mars, from May 2012 until December 2015. 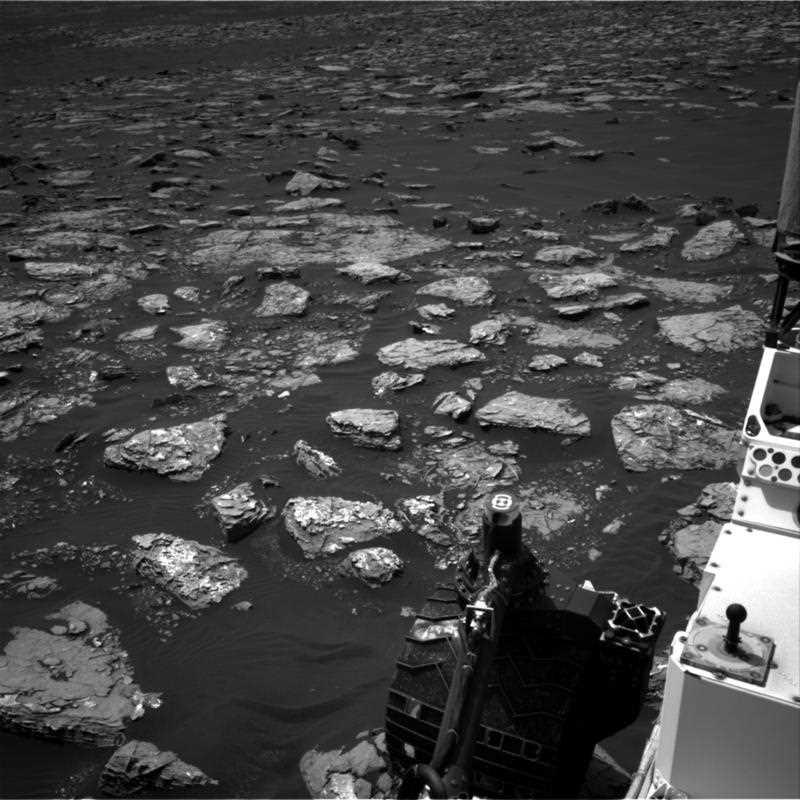 This Dec. 2, 2016 image taken by NASA's Curiosity rover shows rocky ground on the lower flank of Mount Sharp, a mountain on Mars.
AAP

A total of 29 sets of radar samplings showed a "very sharp change in its associated radar signal," allowing scientists to map the outlines of the lake.

"The radar profile of this area is similar to that of lakes of liquid water found beneath the Antarctic and Greenland ice sheets on Earth, suggesting that there is a subglacial lake at this location on Mars," said the report.

Researchers said they are not sure how far down it goes, but that it may be around three feet (one meter) deep.

"This is the first body of water it has detected, so it is very exciting," David Stillman, a senior research scientist in the Department of Space Studies at Southwest Research Institute in San Antonio, Texas, told AFP in an email.

However, Stillman, who was not involved in the research, said another spacecraft, or other instruments, need to be able to confirm the discovery. 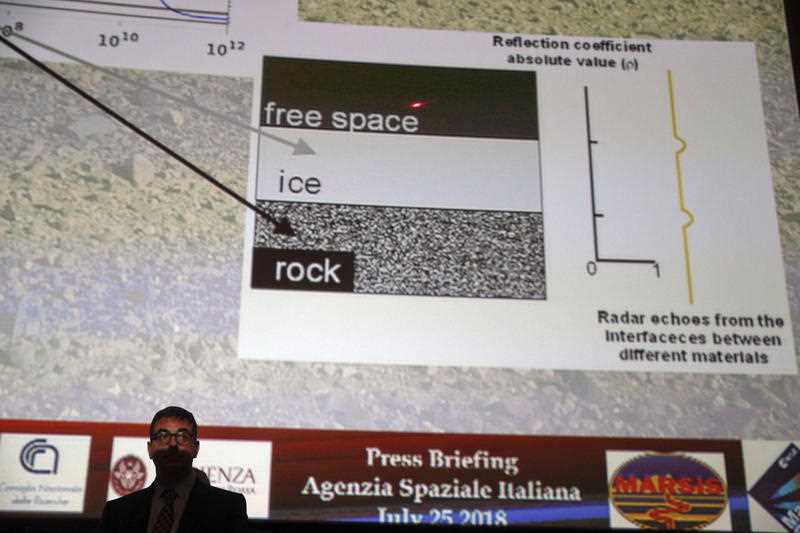 He noted that a higher-frequency radar instrument made by the Italian space agency SHARAD, on board the MarsReconnaissance Orbiter launched in 2005, has been unable to detect subsurface water.

"It is strange that SHARAD cannot confirm this discovery. In fact, SHARAD cannot penetrate through the ice here and no one understands why it can't," Stillman said.

"This suggests that something strange is going on here. Thus, I'm sceptical about this discovery."

But researchers are excited about the potential for future finds, because if liquid water could be found at Mars's south pole, it might be elsewhere too.

"There's nothing special about this location other than the MARSIS radar on the Mars Express spacecraft is most sensitive to that region," said Duffy.

"There are likely similar water deposits below the ground all across Mars."