The Vatican has opened its doors to hundreds of Catholic priests for its extremely popular exorcism course.

Hundreds of priests have arrived in Rome for an annual Vatican course on exorcism - the controversial religious practice of casting out demons.

Up to 250 people from 50 countries, most of them priests, will attend a week of lectures and talks on a range of topics including witchcraft in Africa, how to tell the difference between demonic possession and mental illness, and a step-by-step guide to casting out demons. A priest reading the Bible during classes break while at the Exorcism and Prayer of Liberation conference.
The Washington Post/ AAP

Cardinal Ernest Simoni of Albania drew strong interest in the first session by citing the use of mobile phones in exorcisms.

“They call me and we speak and that’s how I do it,” the 89-year-old told Reuters after his address, explaining how he would read the prayers of exorcism in Latin over the phone just as he would if performing the lengthy rite in person.

Although no official figures are available, Catholic Church officials say the number of demonic possessions is on the rise. 'It’s very real - people do get demonised': inside the suburban exorcisms in present-day Australia

“The number of exorcisms has definitely increased over the years, as the requests to carry out exorcisms has increased,” said Professor Giuseppe Ferrari, an organiser of the “Course on Exorcism and the Prayer of Liberation” at the Vatican-approved Pontifical Regina Apostolorum University in Rome.

“This course is useful because it prepares the priests who carry out exorcisms to have a complete vision, a multi-disciplined view of the situation,” he added.

Father Benigno Palilla, an exorcist for the diocese of Palermo, told Vatican Radio in February that he had performed about 50 exorcisms in the past two and a half years. A priest arrives to attend a lecture at the Exorcism and Prayer of Liberation annual conference.
The Washington Post/ Getty Images

With a nod to US thriller writer Dan Brown, whose novels such as “Angels and Demons” often concern the Catholic Church, one lecture is entitled “Angels and Demons in Sacred Scripture and the Teachings of the Church”. 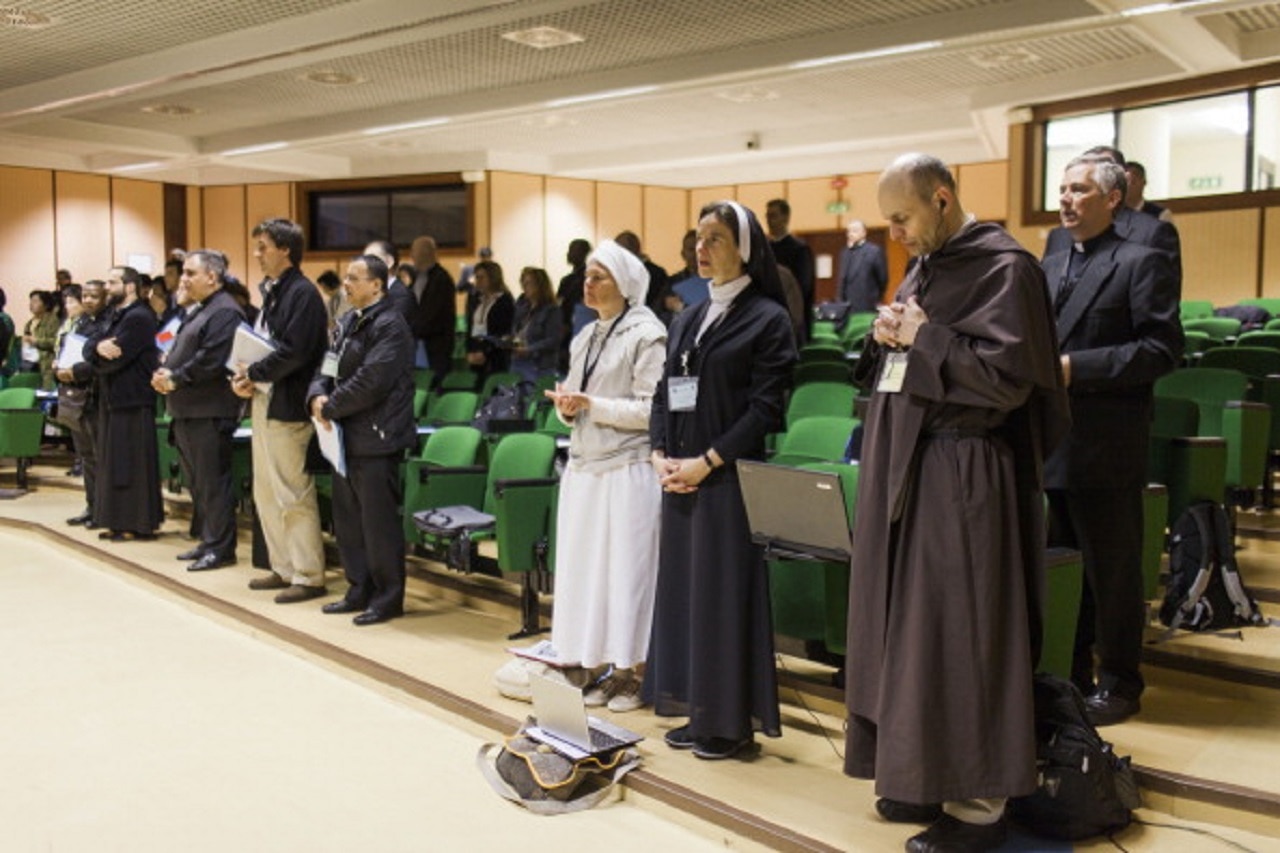 Exorcists from all over the world arrived in Rome to attend their annual conference.
The Washington Post/Getty

Students, who include several dozen women, will receive a certificate, though Ferrari stressed that it would not entitle them to cast out demons. Only priests can perform exorcisms, and only with their bishop’s permission or a license.

Lay Catholics, including women, can be what a course entry called “auxiliary exorcists,” meaning they can be present at the rite, pray and give moral support to the priest casting out the demon.

Simoni, the Albanian cardinal, said exorcisms should only be attempted after doctors are unable to explain the behaviour of a person deemed to be demonically possessed.

“Discernment is important,” he said, stressing several times that he only saw himself as the instrument of a higher power.