Hundreds of thousands of students in more than 2000 cities from Australia to Uganda and Germany left the classroom on Friday to protest government inaction on climate change.

Hundreds of thousands of young people skipped school across the globe on Friday to march through the streets for an international day of student protests aimed at pushing world leaders into action on climate change.

Classrooms in capitals from Bangkok to Berlin and Lagos to London emptied as organizers of the student strike called demonstrations in more than 100 countries.

Students flooded into the streets across Europe, North and South America, and Asia carrying placards reading: "There is no planet B", "You're destroying our future" and "If you don't act like adults, we will." 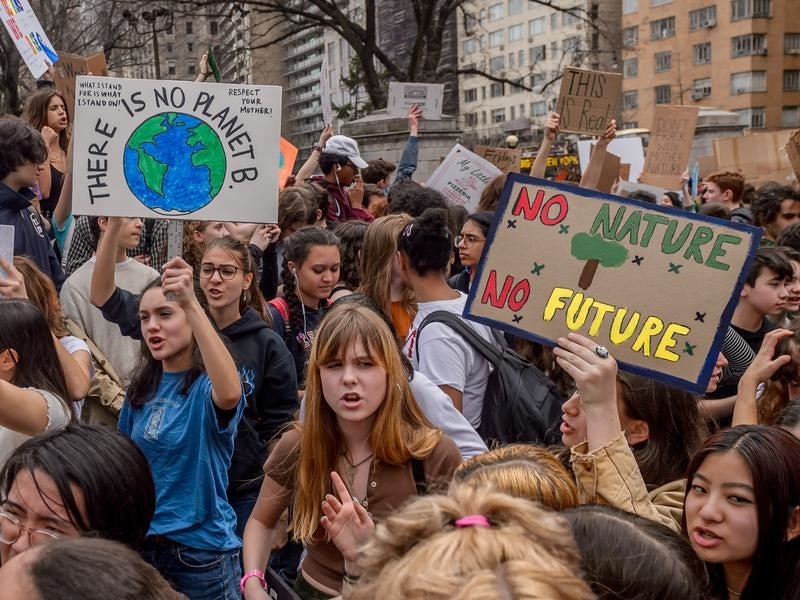 School students around the world have protested against government inaction on climate change.
AAP

Loading the atmosphere with greenhouse gases at current rates will eventually lead to an uninhabitable planet, scientists say.

In Stockholm, Swedish teen activist Greta Thunberg - who inspired the protests - warned that time was running out. 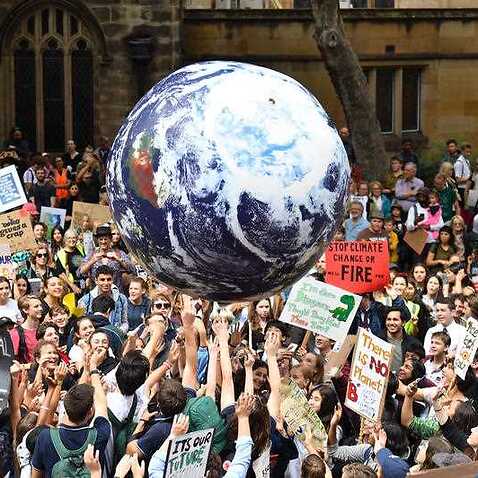 "We are living through an existential crisis that has been ignored for decades and if we do not act now it may be too late," the 16-year-old, a Nobel Peace Prize nominee, told Swedish public television station SVT.

March 15.
The school strike continues.
957 places in 82 countries and counting...
Everyone is needed.
Everyone is welcome.
Please spread the word!
Find your closest strike or register your own at https://t.co/ROmtFMrj6Y#FridaysForFuture #SchoolsStrike4Climate #ClimateStrike pic.twitter.com/DJfIgkL1eh

Across the world, their placards formed a mosaic:

"Our future in your hands" (Berlin)

"The Titanic would have NO problem in 2019" (Elmshorn, Germany)

And everywhere, "There is no planet B."

Montreal drew among the largest crowds, estimated by organizers at nearly 150,000.

In the United States, protests were more low-key, with events held in New York, Washington, Chicago, Portland, Oregon, and St. Paul, Minnesota, where one sign read: "So bad even introverts are here!"

Further south in Latin America, placards with messages such as "climate change is not 'fake news'" were seen in Buenos Aires, Argentina - while young people also took to the streets in the Chilean capital Santiago and Colombia's Medellin.

In Delhi, one of the world's most polluted cities, 200 students took part in a colorful protest, waving ribbons, juggling and performing stunts with hoops. 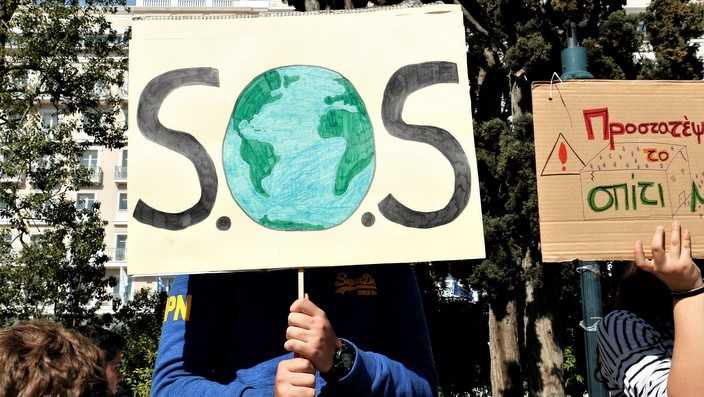 Students protest for the environment at Syntagma square in Athens
AAP

"We have to make a choice whether we want to sit and be indifferent or do something for our planet," said 16-year-old student Srijani Datta. 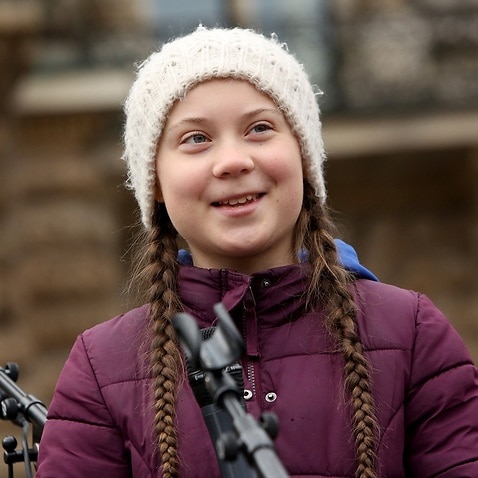 "If current trends in the environment continue, we'll see the one, two degrees increase in our ocean then it will simply become unsustainable and we could lose the entire Great Barrier Reef," he told AFP.

European students were also out en masse. Several thousand youngsters thronged the streets of central London in a raucous demonstration with banners and placards.

Packing into Parliament Square, they cheered and chanted "Change... now!" before marching past Downing Street and massing outside Buckingham Palace. "They're not going to stop me trying to save the planet," said 15-year-old Joe Crabtree from southwest London, who had missed two exams to join the rally.

More than one million marched overall, according to estimates by organizing groups such as the Youth For Climate movement and AFP reporters.

As youngsters hit the streets, nations meeting at the UN environment assembly in Kenya announced they had agreed to "significantly reduce" single-use plastics over the next decade.

But experts said the pledge - which only referred to man-made global warming and made no mention of the fossil fuels driving it - fell far short of the steps needed to tackle Earth's burgeoning pollution crisis.

'Adults should learn a lesson'

The global action drew a mixed reaction from politicians.

Germany's Economy Minister Peter Altmaier said the demonstrators should be in class while Australia's Education Minister Dan Tehan said striking was "not something that we should encourage."

But New Zealand Prime Minister Jacinda Ardern hailed the action, saying: "We hear you and we're getting on with setting a path for carbon neutrality." 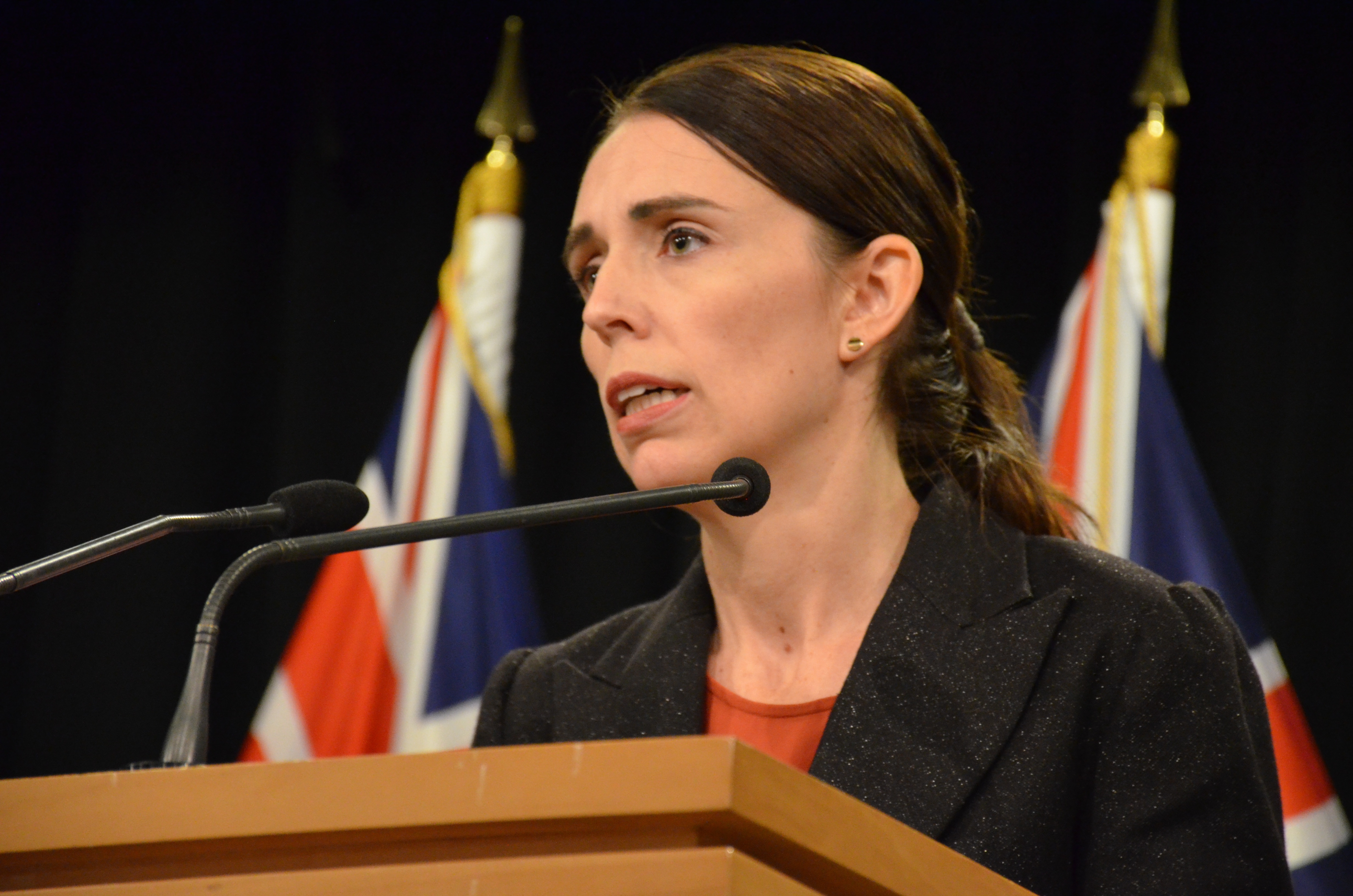 UN Secretary General Antonio Guterres offered his strongest support yet for the strikes, writing in The Guardian newspaper: "Without ambitious action, the Paris agreement is meaningless." Guterres also called for world leaders to come to the Climate Action Summit in New York in September "with concrete, realistic plans" to further reduce their emissions by 2020, in order to reach a target of 45 percent lower emissions over the next decade, and to net zero by 2050.

In the Indian Ocean island nation of Mauritius, students circulated a petition to be submitted to the government demanding concrete measures.

'My eyes hurt from pollution'

The Paris treaty calls for capping global warming at "well below" two degrees Celsius (3.6 degrees Fahrenheit) but the planet is currently on track to heat up by double that figure.

The UN's climate science panel warned in October that only a wholesale transformation of the global economy and consumer habits could forestall a catastrophe. 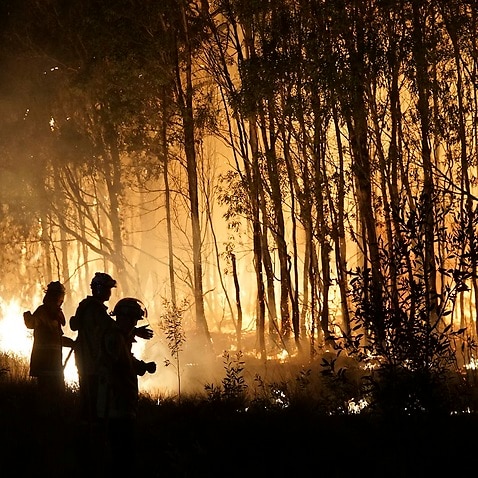 "My eyes hurt from pollution. My shirt gets dirty from dust," 13-year-old protester Shagun Kumari told AFP in Delhi.

"I want fresh air that won't harm my lungs and clean water to drink so that I don't keep falling sick."