There will be 'no tolerance whatsoever for any attempts to disrupt the peaceful transfer of power', US Attorney General Jeffrey Rosen says.

Photographs of hundreds of National Guard troops stationed at the US Capitol are going viral, one week after pro-Trump rioters stormed the building.

The images show a heavy security presence inside and outside the building, as the House of Representatives moves ahead with a vote to impeach President Donald Trump.

As many as 15,000 National Guard troops, included some armed members, were ordered to Washington DC to secure the city before president-elect Joe Biden's inauguration, with new fencing and other security measures engulfing the US Capitol area. 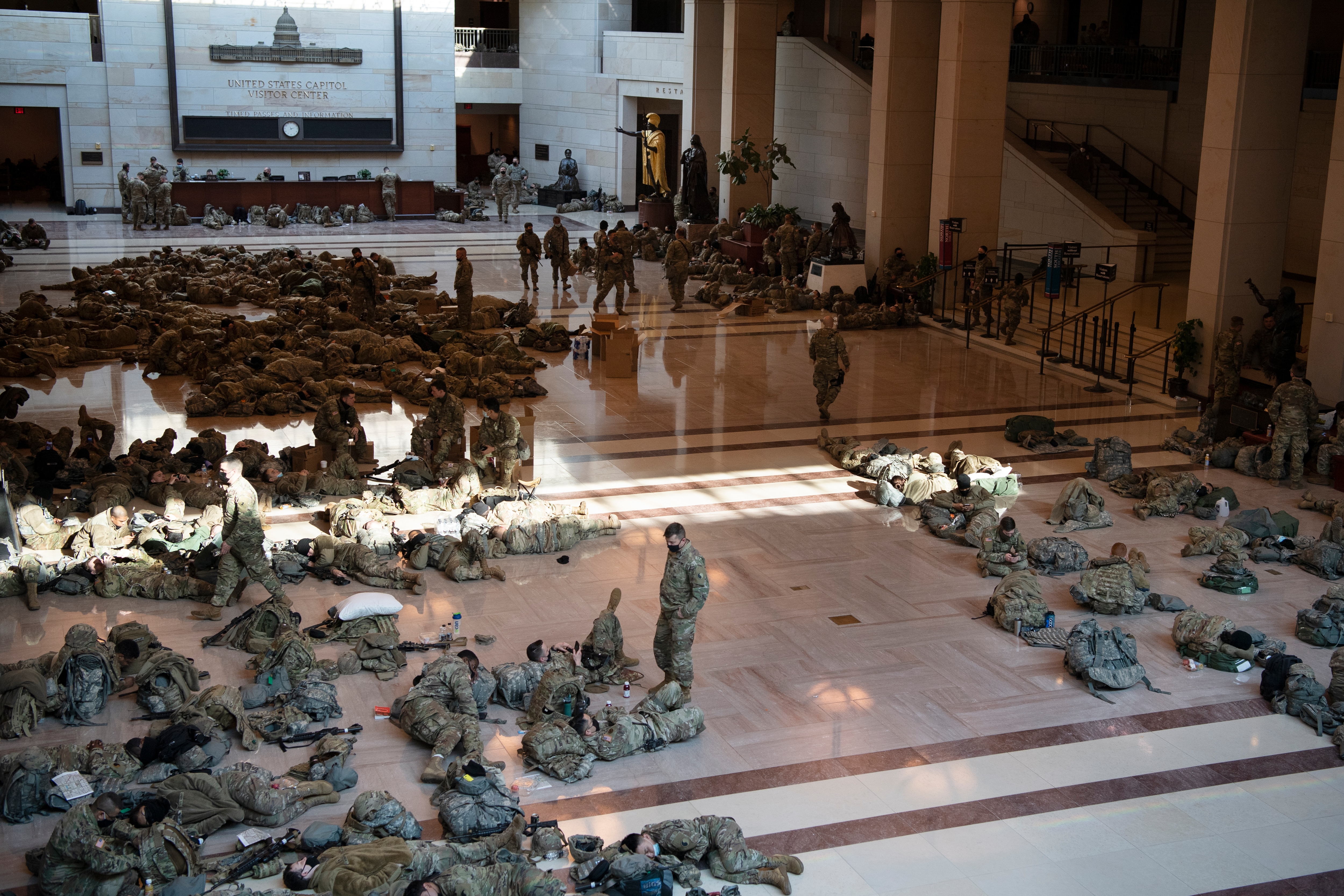 The large deployment comes as the House votes on whether to impeach President Donald Trump.
Getty Images North America

In a video released overnight, Mr Rosen urged the public to come forward with any tips about potential attacks and other threats before Mr Biden's January 20 inauguration as federal law enforcement officials prepare for potential further violence with more planned protests ahead.

"I want to send a clear message to anyone contemplating violence, threats of violence or other criminal conduct: We will have no tolerance whatsoever for any attempts to disrupt the peaceful transfer of power," including "attempts to forcefully occupy government buildings," he said.

"There will be no excuse for violence, vandalism or any other form of lawlessness." Some congressional leaders have also called for insurrectionists who stormed the Capitol to be placed on no-fly lists.

US law enforcement officials have opened criminal investigations into more than 170 people who stormed the Capitol building and plan to charge some of the most serious offenders with assault and seditious conspiracy, they said on Tuesday. 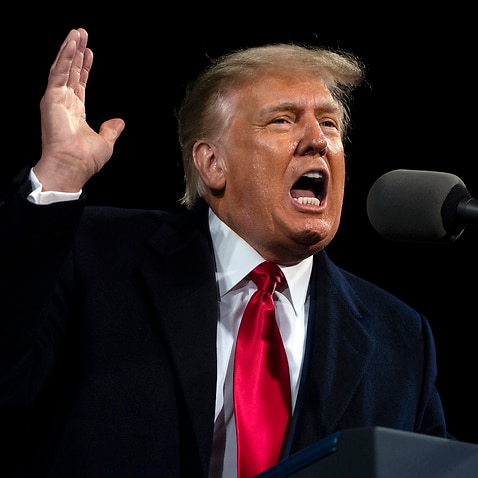 US Democrats introduce article of impeachment against Donald Trump, accusing him of 'inciting insurrection'

"Those efforts remain active and will continue until justice is done," Mr Rosen said in his remarks.

"There is a lot more to come. The wrongdoers will be held responsible."

The article of impeachment accused Trump of “incitement of insurrection,” saying he provoked violence against the US government in a speech to thousands of supporters near the White House shortly before the Capitol siege. The article also cited Mr Trump’s 2 January phone call asking a Georgia official to “find” votes to overturn Mr Biden’s victory in the state.

During his 6 January speech, Mr Trump falsely claimed he had defeated Mr Biden, repeated unfounded allegations of widespread fraud and irregularities in a “rigged” election, told his supporters to “stop the steal,” “show strength,” “fight much harder” and use “very different rules” and promised to go with them to the Capitol, though he did not.

“If you don’t fight like hell, you’re not going to have a country anymore,” Mr Trump told his supporters.

Democrats could also use an impeachment trial to push through a vote blocking Mr Trump from running for office again.

Only a simple Senate majority is needed to disqualify Mr Trump from future office, but there is disagreement among legal experts as to whether an impeachment conviction is required first.

Smoking kills half of all Indigenous Australians over 45, a new study has found

Victoria welcomes a cool change but the NSW heat drags on