Myanmar security forces have besieged hundreds of young anti-coup protesters in the Yangon neighbourhood of Sanchaung.

Thousands of people took to the streets of Myanmar’s biggest city in defiance of a night curfew on Monday, chanting in anger after security forces besieged hundreds of young anti-coup protesters in one neighbourhood.

Western embassies appealed to the ruling military junta to allow the protesters to leave Sanchaung, where they were cornered at the end of another day of bloodshed in Myanmar in which at least three protesters were killed elsewhere in the country.

“Free the students in Sanchaung,” people chanted in the streets in districts across the former capital, where daily protests have taken place for more than a month against the 1 February coup which overthrew elected leader Aung San Suu Kyi.

#WhatsHappeningInMyanmar
Innocent civilians stuck in Sanchuang,Yangon, surrounded by security forces.Reports of gun shots.This is unacceptable. Security forces must allow safe passage&retreat from the area.Stop stoking fear in people including children.

“Almost 200 young protesters are still blocked by the police and soldiers there. Local and international community needs to help them now! Please,” one protest leader, Maung Saungkha, said on Twitter.

I just escaped from Sanchaung. Almost 200 young protesters are still blocked by the police and soldiers there. Local and international community needs to help them now! Please 🙏#Myanmarcoup #WhatsHappeningInMyanmar #MilitaryCoupInMyanmar

The US Embassy said in a statement: “We call on those security forces to withdraw and allow people to go home safely.” The United Nations office in Myanmar and the British Embassy made a similar appeal.

In Geneva, the UN human rights office voiced deep concern about the fate of the protesters trapped in Sanchaung. Rights chief Michelle Bachelet said they should be allowed to leave safely and without reprisals.

#Myanmar: We are deeply concerned about the fate of some 200 peaceful protestors – incl. women – who have been cordoned by security forces in Yangon, and may be at risk of arrest or ill-treatment. We urge the police to immediately allow them to leave safely and without reprisals.

A spokesman for the junta did not answer calls requesting comment. Hundreds of people gather across Australia in solidarity with Myanmar protesters

Police said they would scrutinise family registration lists in the area to check for outsiders - threatening action against anyone caught concealing them.

State television MRTV said: “The government’s patience has run out and while trying to minimise casualties in stopping riots, most people seek complete stability are calling for more effective measures against riots.”

According to the United Nations, more than 50 people have been killed by security forces in the junta’s attempts to end the protests demanding the release of Suu Kyi and other detainees and respect for the election she won last year. 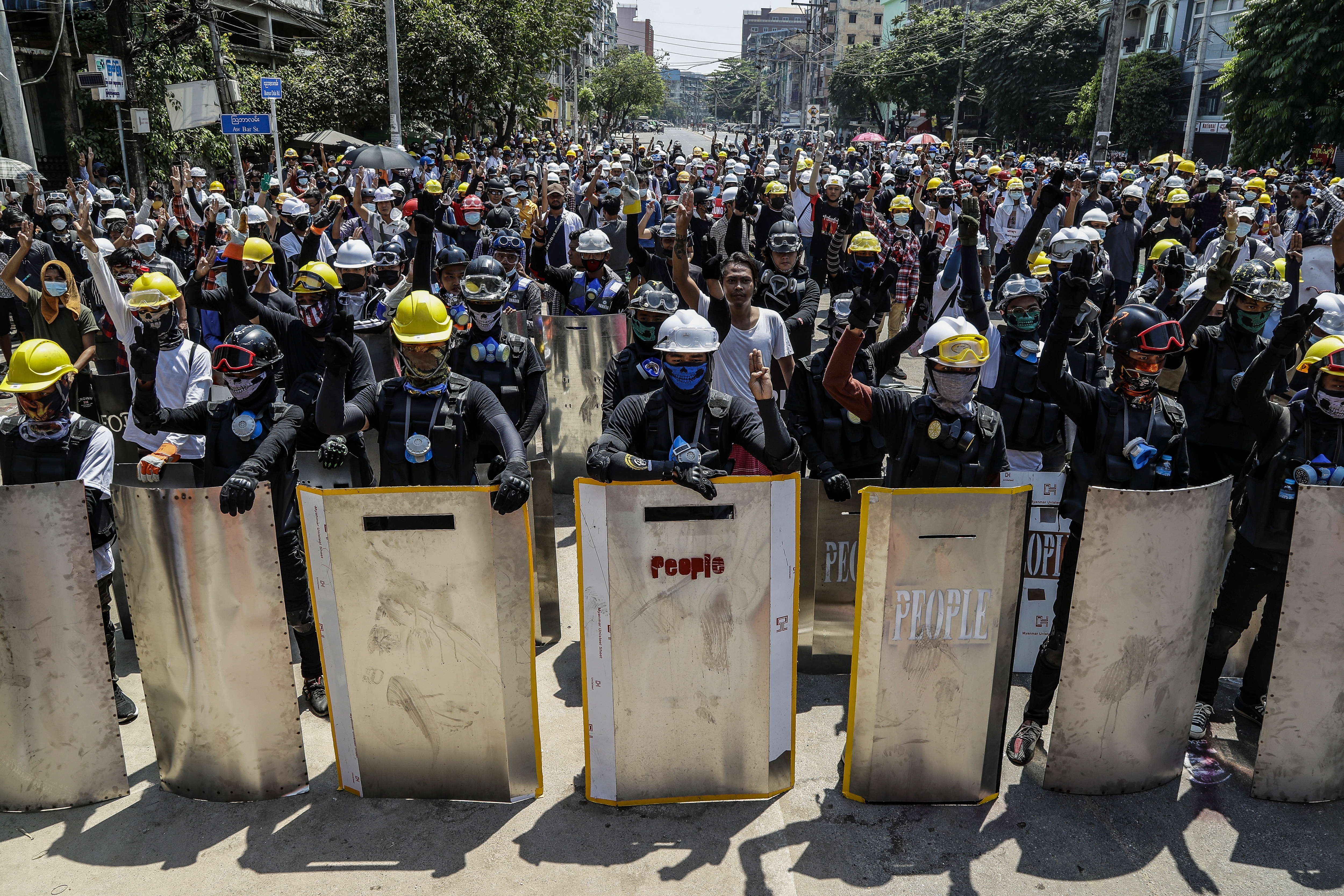 Major trade unions in Myanmar called on members to go on strike on 8 March to shut down the economy amid intensifying violent crackdowns on demonstrators.
EPA

Two protesters died of gunshot wounds to the head in the northern town of Myitkyina on Monday, witnesses said. At least one person was killed at a protest in the town of Phyar Pon in the Irrawaddy Delta, a political activist and local media said.

Earlier, protesters in some places had waved flags fashioned from htamain (women’s sarongs) or hung them up on lines across the street to mark International Women’s Day. Walking beneath women’s sarongs is traditionally considered bad luck for men.

MRTV said such a display was severely insulting to religion in largely Buddhist Myanmar. 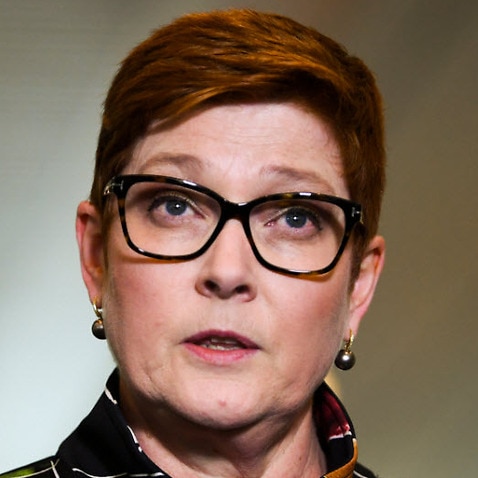 The army took power citing fraud in the ballot last November that was won by Suu Kyi’s National League for Democracy (NLD) - an accusation rejected by the electoral commission. It has promised another election, but without giving a date.

The military has brushed off condemnation of its actions and appears to be digging in to weather the crisis, as it has in past periods of army rule.

In a clampdown on independent media that has been covering the protests, state television announced the licenses of five outlets had been withdrawn.

Shops, businesses and factories closed across Yangon on Monday after at least nine unions covering sectors including construction, agriculture and manufacturing called on all Myanmar people to stop work to reverse the coup.

“The time to take action in defence of our democracy is now,” they said in a statement.

Security forces had moved in to occupy hospitals on Sunday night. 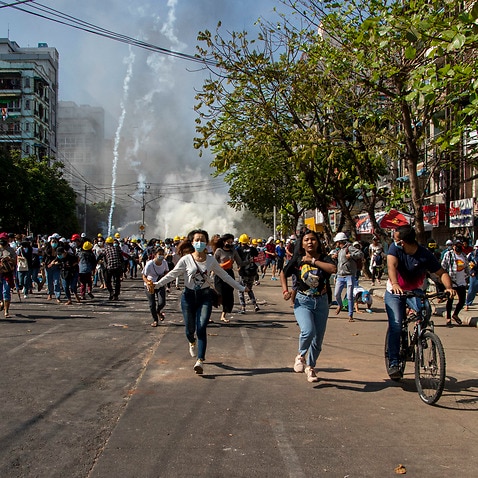 The United States and some other Western countries have imposed limited sanctions on the junta and Australia on Sunday cut defence ties.

The European Union is preparing to widen its sanctions on the army to target businesses they run and the measures could be agreed by EU foreign ministers on 22 March, according to diplomats and two internal documents seen by Reuters.

In Sweden, H&M, the world’s second-biggest fashion retailer, said it had paused placing orders with direct suppliers in Myanmar - saying it was shocked at the use of deadly forces against protesters, but also worried about instability.

Among those the military has detained is Suu Kyi’s Australian former financial advisor. State television quoted junta leader General Min Aung Hlaing as saying the detention led to the discovery of secret financial information from the former government.

Reuters was unable to contact Sean Turnell for comment. The army has not announced charges against him.

Thailand’s state broadcaster PBS said areas had been set aside along the border with Myanmar to house any refugees fleeing the unrest.