Hundreds of people have rallied in support of a bill to decriminalise abortion in NSW which is soon to be introduced into state parliament.

Hundreds of supporters of a bill to decriminalise abortion in NSW have descended on state parliament after debate on the issue was delayed.

Holding signs saying "Our body, our choice" and "No uterus, no opinion", the large crowd of activists were joined by several MPs at the rally on Wednesday morning. "NSW is a state that has a female premier, a female leader of the opposition and a female governor and it is time that women had autonomy over their own reproductive rights in NSW," Independent Sydney MP Alex Greenwich, who will introduce the bill to the lower house on Thursday, told the group. 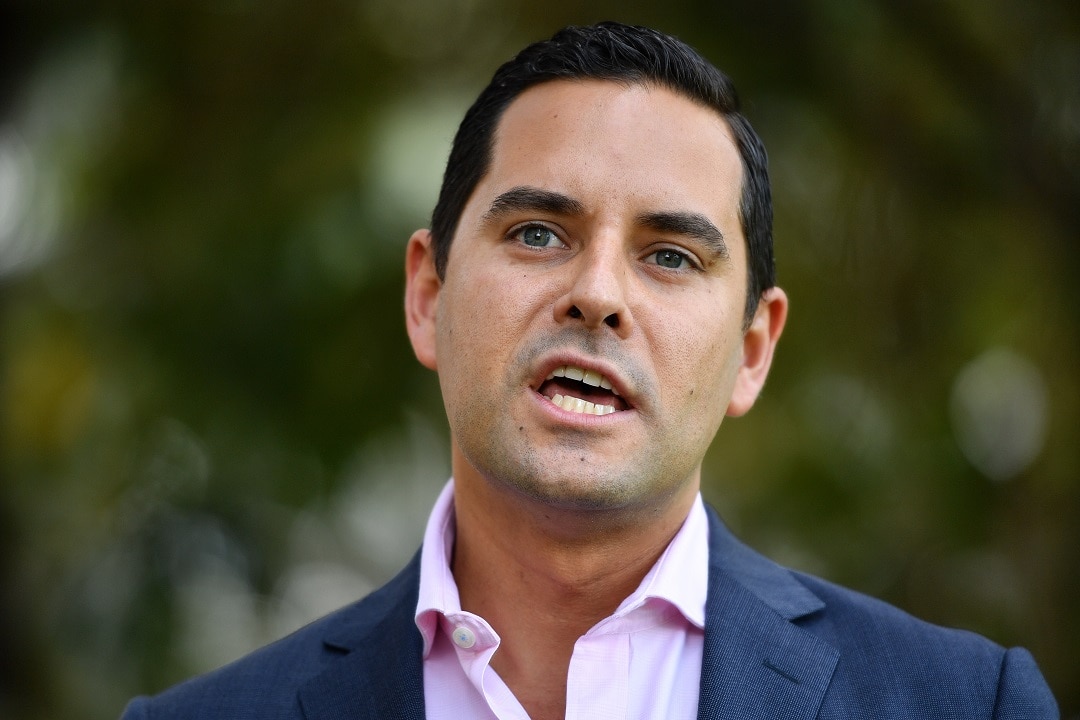 The Reproductive Healthcare Reform Bill was originally scheduled to be debated this week but conservative MPs have reportedly been working behind the scenes to delay its passage.

The debate is now set to start on Tuesday. 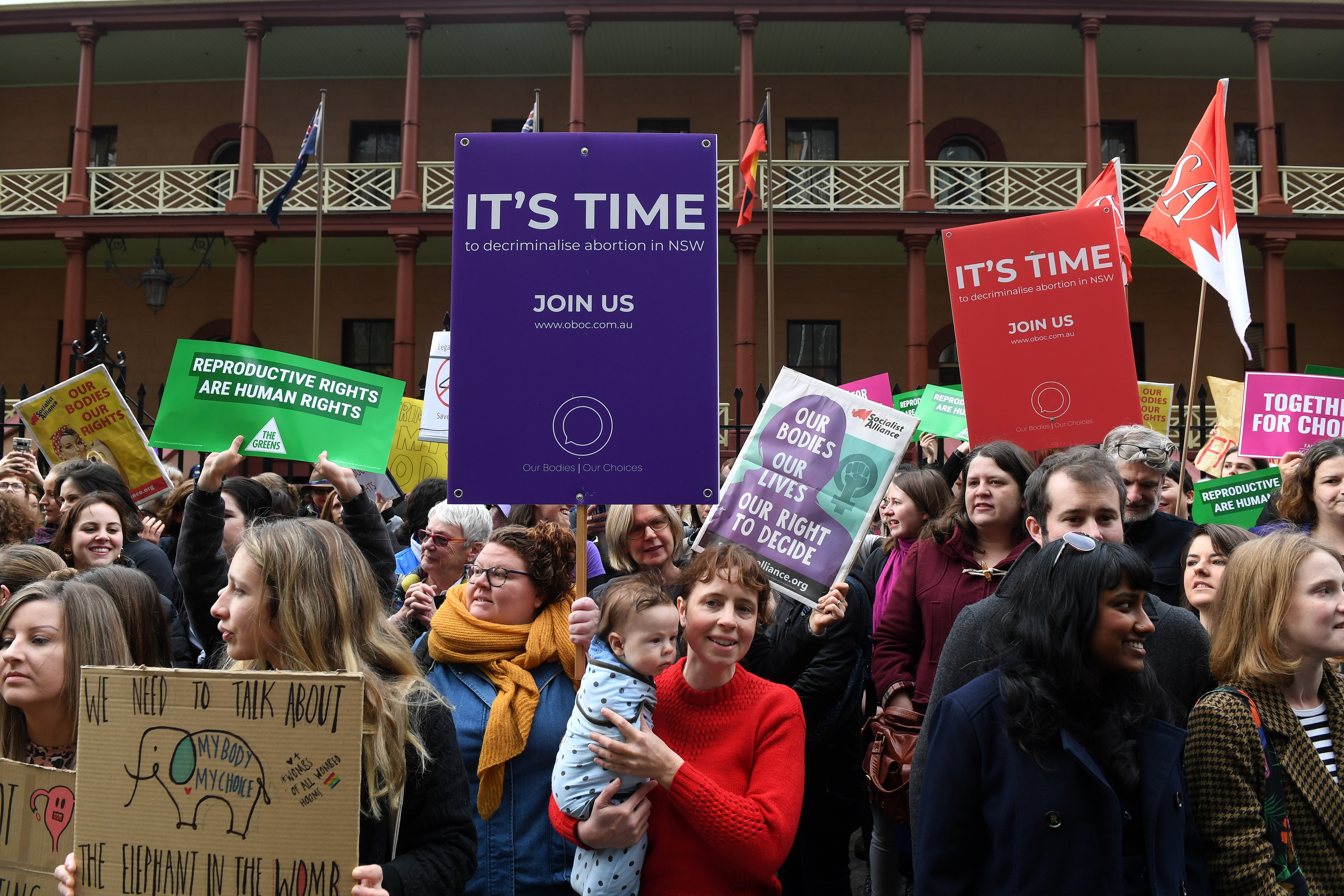 The private member's bill would allow for terminations up to 22 weeks and later if two doctors "consider that, in all the circumstances, the termination should be performed".

Doctors will have the right to conscientiously object to performing abortions but must refer patients to another health practitioner who can provide the service.

Anti-abortion activists and church groups have slammed the "bad bill" and accused the government of trying to rush it through parliament. 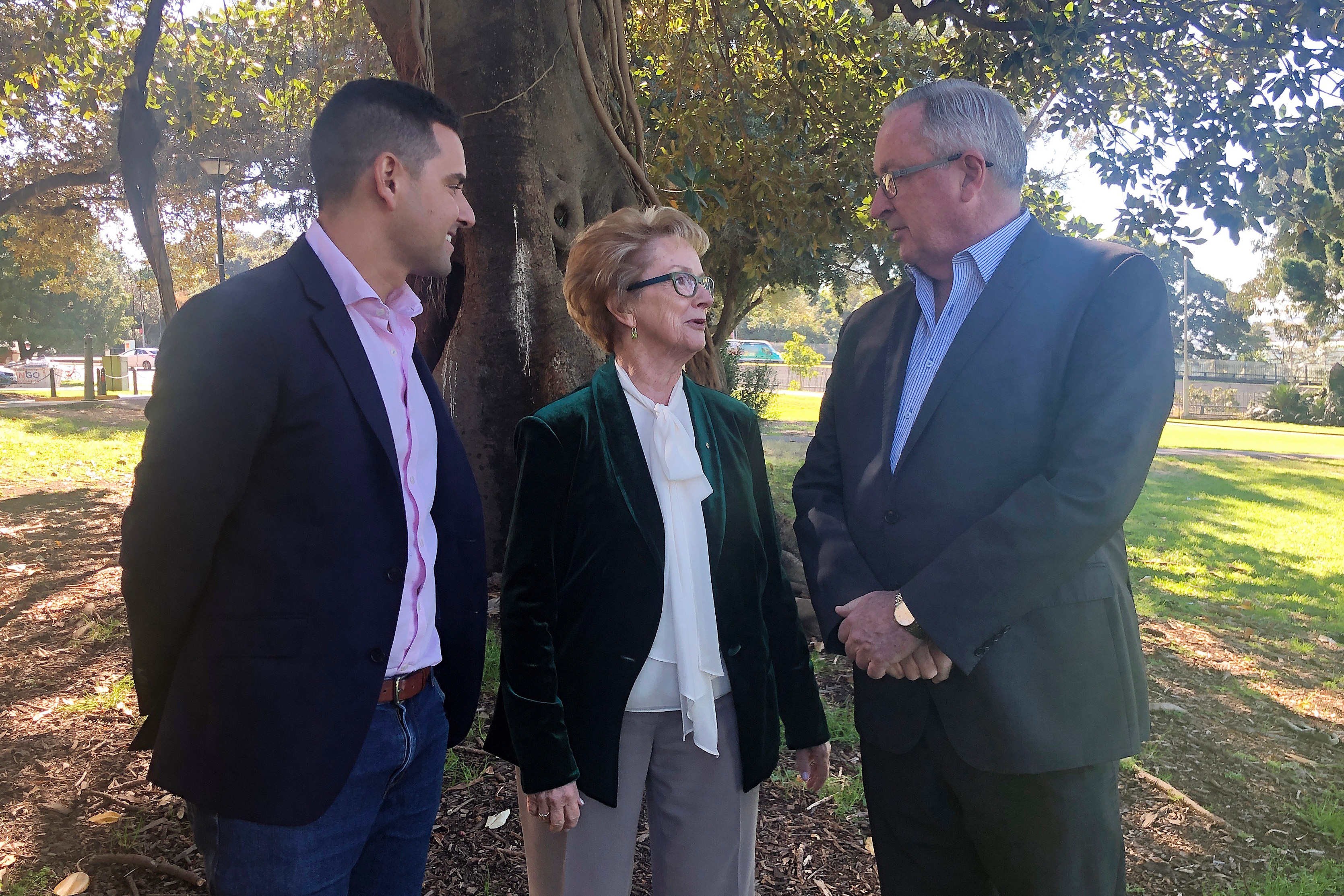 "It is the dream bill of the abortion industry, which they have already pressed upon several other states but it will leave unborn children and unsupported pregnant women even more at risk," Sydney Archbishop Anthony Fisher said in a statement.

Moderator of the NSW Presbyterian Church Richard Keith said abortion was "always a tragedy", labelling it an evil that should be limited not expanded. 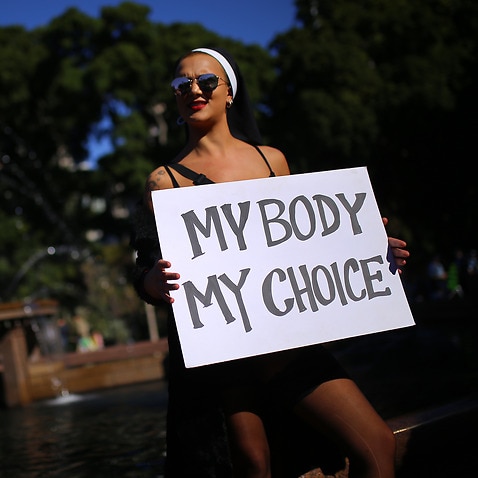 "We are seriously concerned about the way this bill is being rushed through parliament with no opportunity for public discussion," he said in a statement. 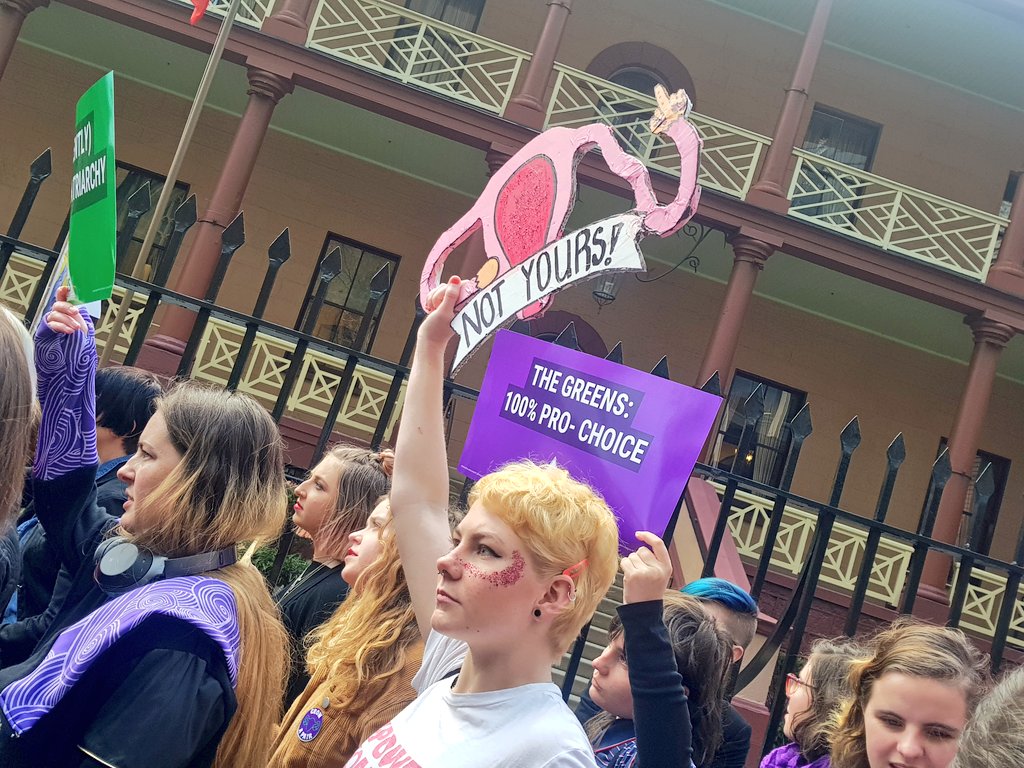 "The proposed legislation puts no limit on terminations for the purposes of sex selection, nor on the termination of the lives of unborn children with disabilities who should be welcomed and cared for by our community." 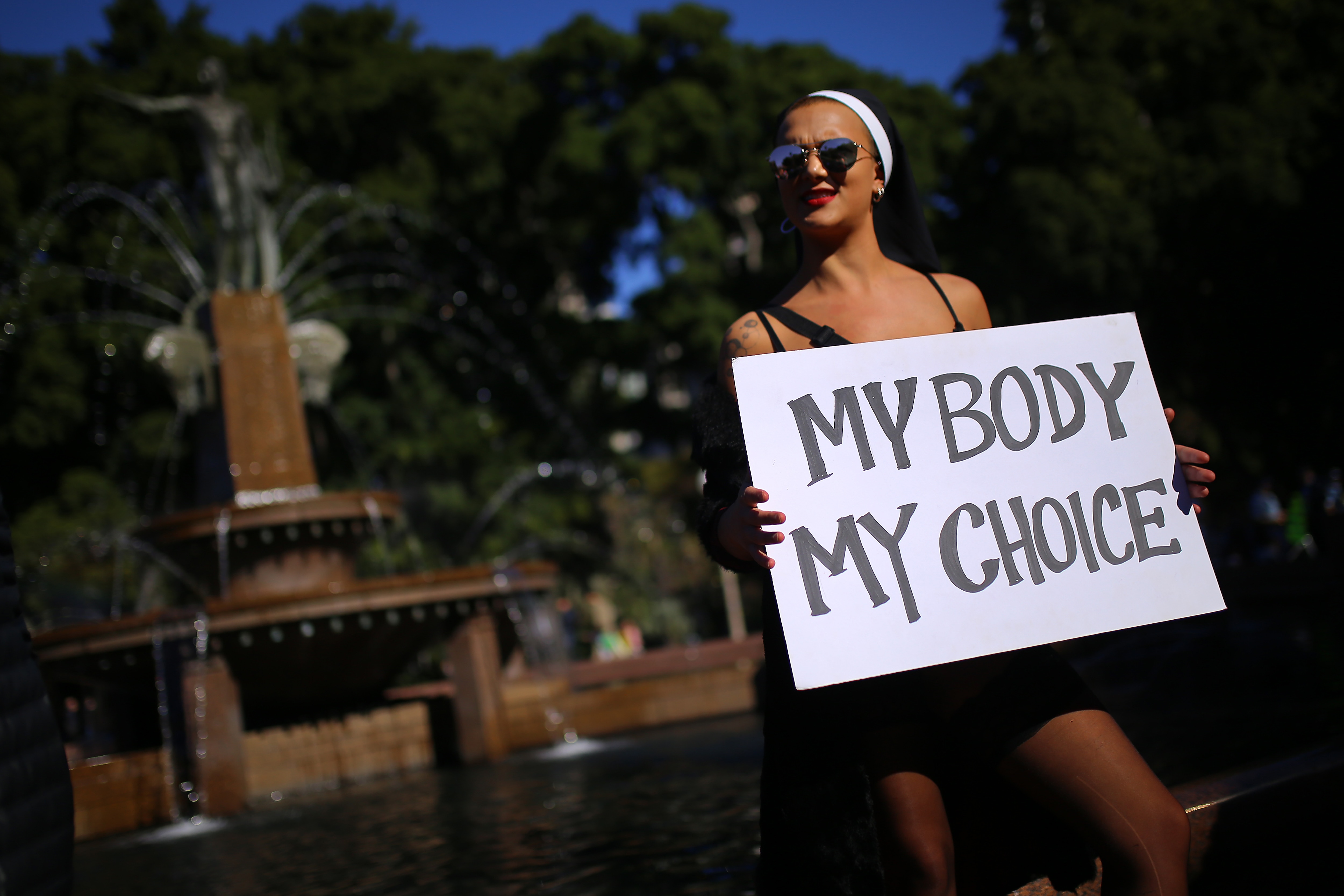 A protester holds a placard during the Our Body Our Choice march in Sydney, earlier this month.
AAP

Upper House MP Reverend Fred Nile has also come out swinging against the bill, which he described as "tyrannical".

Despite the backlash, the bill has widespread support inside parliament.