The Royal Commission exposed horrific abuse of children at institutions around Australia, and systematic attempts to cover it up. Today, the prime minister apologised for a nation’s failure to protect its children

Prime minister Scott Morrison has delivered an emotional apology to the thousands of Australians who suffered sexual abuse as children at the hands of institutions that were trusted with their care.

Hundreds travelled to Parliament House in Canberra and sat in the public gallery as Mr Morrison acknowledged the “evil, dark crimes” committed by priests, teachers and scout leaders, and apologised for the nation’s failure to believe victims over many decades.

Rick Venero was abused at a Marist Brothers school in Sydney and he now wants action taken against institutions who protected pedophiles.

"(The apology) meant a great deal. It's fantastic to get that from the Australian people," Mr Venero told AAP in Canberra.

"(But) it's pretty shattering actually, to come here and everyone's behind it, and the power of these institutions means that nothing's really happening." One man, who asked not to be named, whose school friends were abused by a Catholic priest, said the apology had come too late.

"Some people are going to be haunted by it forever," he said after watching the broadcast at a ceremony in Melbourne.

"Some people have already killed themselves."

In a speech broadcast around the nation, Mr Morrison became emotional at times as he recalled some of the personal stories.

“Look at the galleries, look at the Great Hall, look outside this place, and you will see men and women from every walk of life, from every generation and every part of our land, crushed, abused, discarded and forgotten." The five-year Royal Commission that exposed the horrific scale of the abuse heard from 17,000 survivors, and 8,000 recalled their abuse in private sessions.

He told of one mother who had lost a daughter to suicide.

“As a father of two daughters, I can't comprehend the magnitude of what she has faced,” Mr Morrison said.

“Not just as a father, but as a Prime Minister, I am angry too at the calculating destruction of lives and the abuse of trust, including those who have abused the shield of faith and religion to hide their crimes, a shield that is supposed to protect the innocent, not the guilty.

“They stand condemned... on behalf of the Australian people, this Parliament and our government, and I table that and, as I do, I simply say I believe you, we believe you, your country believes you.”

The government has already set up a national redress scheme to pay compensation to survivors, with contributions from the states and some of the main responsible institutions, including the Catholic Church. 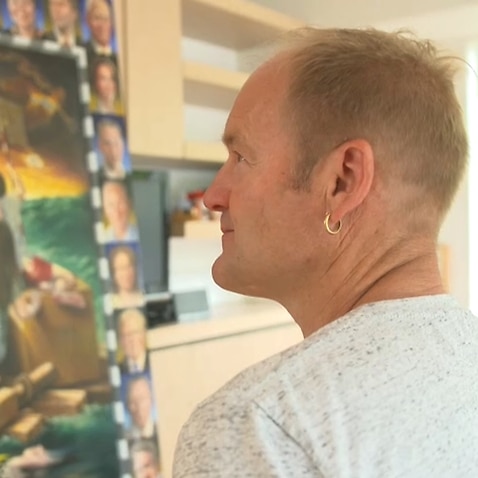 Today, the government announced a national museum to remember the abuse. It will also set up a National Centre for Excellence to research the impacts of abuse on survivors.

Mr Morrison's apology in parliament was followed by an address from Opposition Leader Bill Shorten, before the adjournment of the House of Representatives.

In a later address to survivors in the Great Hall of parliament, Mr Shorten said he understood why many victims would be thinking "words are cheap".

Emotions were running high in the hall, as hundreds of survivors listened to the proceedings.

One shouted out: "Why do the institutions still get public money?" Former prime minister Julia Gillard, who set up the Royal Commission into Institutional Child Sexual Abuse, was in Parliament for the apology.
AAP

The Royal Commission was set up by former prime minister Julia Gillard - who also rose to speak, without preparation.

She said she was sitting where she wanted to be, "with the survivors and their families and friends".

"Thank you to the very great honour you have paid to me today by acknowledging me in the room," Ms Gillard said.

It exposed institutions that had deliberately covered up the crimes of pedophiles who had preyed on vulnerable children. It led to the landmark conviction of Adelaide’s archbishop Philip Wilson, who was sentenced to 12 months detention not for being an abuser himself, but for deliberately concealing the sexual abuse of children at the hands of pedophile priest Jim Fletcher between 2004 and 2006.