EXCLUSIVE: Wayne was taken from his mother when he was two and put into an abusive foster system, alienated from his Indigenous heritage.

The day after his second birthday, Wayne Fazldeen was brought before the courts in the central western New South Wales town of Cobar and “charged” with being a neglected child.

Half a century on, the terminology makes him snort.

“It's funny when you stop and think about it,” he tells SBS News.

“I was guilty of being neglected.”

The 1967 court order – a copy of which Wayne keeps tucked away in a folder – marked the start of a process that, even now, seems equally absurd to him.

Wayne was taken from his mother and hometown, separated from his three siblings and alienated from his Indigenous heritage for a foster system where love was supplanted by abuse. Wayne Fazldeen as a child.
Supplied

“Throughout my childhood I used to ask myself, ‘why am I here?’” the 52-year-old Sydney resident says.

“With my foster mother, I never really quite understood why she would pretend, or somebody could pretend, ‘yes, I will take this child and raise him as my own’, however they do the opposite.” The Royal Commission into Institutional Responses to Child Sexual Abuse provided a chance for Wayne to share his story of sexual abuse at the hands of his foster mother’s brother.

He says it was a situation that, for all its awfulness, still wasn't as bad as the physical and emotional abuse he received from his foster mother herself.

“My foster mother was a cruel woman who regularly bashed me and never gave me any love or affection,” he told the commission. “I felt like the house slave; the whipping boy.”

Wayne says he knew nothing of his Indigenous heritage until his teens. He learned about the Stolen Generation - which he was a part of - when his foster mother flicked open a magazine featuring an article on one woman’s efforts to reconnect with her kin.

“She told me that my mother was one of those women,” Wayne says. “I immediately went numb.”

My foster mother was a cruel woman who regularly bashed me

Wayne had been taught “Aboriginal people were dirty” and says the only Indigenous people he knew of “were the ones that I saw on the television”.

It wasn’t until he reconnected with his biological mother in his late teens that he learned that she had been separated from her siblings as a child too. She tried to apologise for what had happened to him. “But … I wasn't cranky at her,” Wayne says.

The financial support so readily provided to his foster mother by the state, he points out, was never made available to his biological mother, who struggled to support her children. “She did it tough all of her life,” he says. Wayne has since reconnected to his heritage as a Wongaibon man through art, calling himself an “internationally not-famous artist”. Former NSW Governor Marie Bashir bought one of his first ceramic pieces in 2014.

He has also become the cultural bridge for his younger brother Stuart Woodard - who was known as Neil before he was adopted as a toddler. The pair have spent more time together this year, after briefly reconnecting for the first time in 1993.

“To find out who you really are is amazing,” says Stuart.

“I mean, most people take that for granted. You know, they already know from when they're born. People tell them. And to not know who you are … you've always got something missing there.”

To find out who you really are is amazing

Wayne also only recently met his biological father in Cobar; a short time later, his mother died. Her passing followed the death of Wayne and Stuart’s older brother in the early 1990s.

Wayne said appearing before a private session of the royal commission wasn’t just “an opportunity to tell my story”; it was a chance to “give a voice” to those that didn't make it.

“There is so many of us that those voices will never be heard,” Wayne says.

“They don't get the chance to appear in the royal commission, so that's one thing I emphasised with them. There are uncles and aunties and brothers and sisters and daughters, sons - gone.”

“To be displaced, to try to overcome, it's very difficult. There is a lot of our people who just lost their lives.”

The damage travels through generations through drug use, alcohol addiction and suicides, he says. Wayne’s “silent revenge” is avoiding the path of failure seemingly predestined for him. 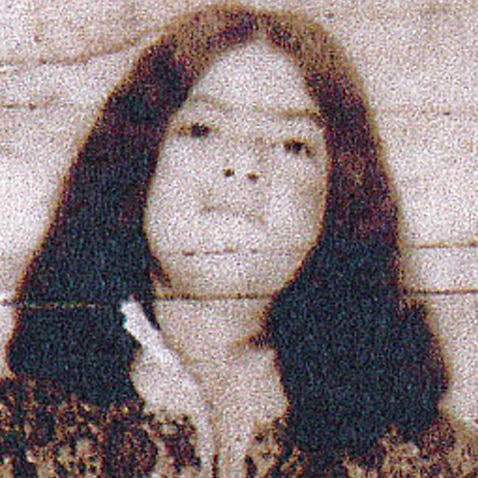 “I felt like I was being set up to go to jail,” he says. “You're a foster child, that's what they do. They get drunk and they go to jail, so I thought, no, I'm going to prove them wrong. That's my little ambition, little philosophy that got me through.”

In March, Wayne received a hand-delivered and “unreserved” apology from the Department of Family and Community Services for the abuse he suffered while in state care.

The document sits in his folder alongside the 1967 court order.

“It's a very important piece of paper to me. It's more important than money to me,” says Wayne. “Money's nothing. That apology is the one.”