US President Donald Trump has refused to commit to accepting the outcome of the November election, referencing his 2016 concerns about the potential for the election results to be illegitimate because of a flawed process.

President Donald Trump has declined to say he would accept the results from the November presidential election, echoing his position of 2016, saying, "I have to see ... I'm not going to just say yes."

Mr Trump made the comments in a wide-ranging interview with "Fox News Sunday", which was taped in advance. 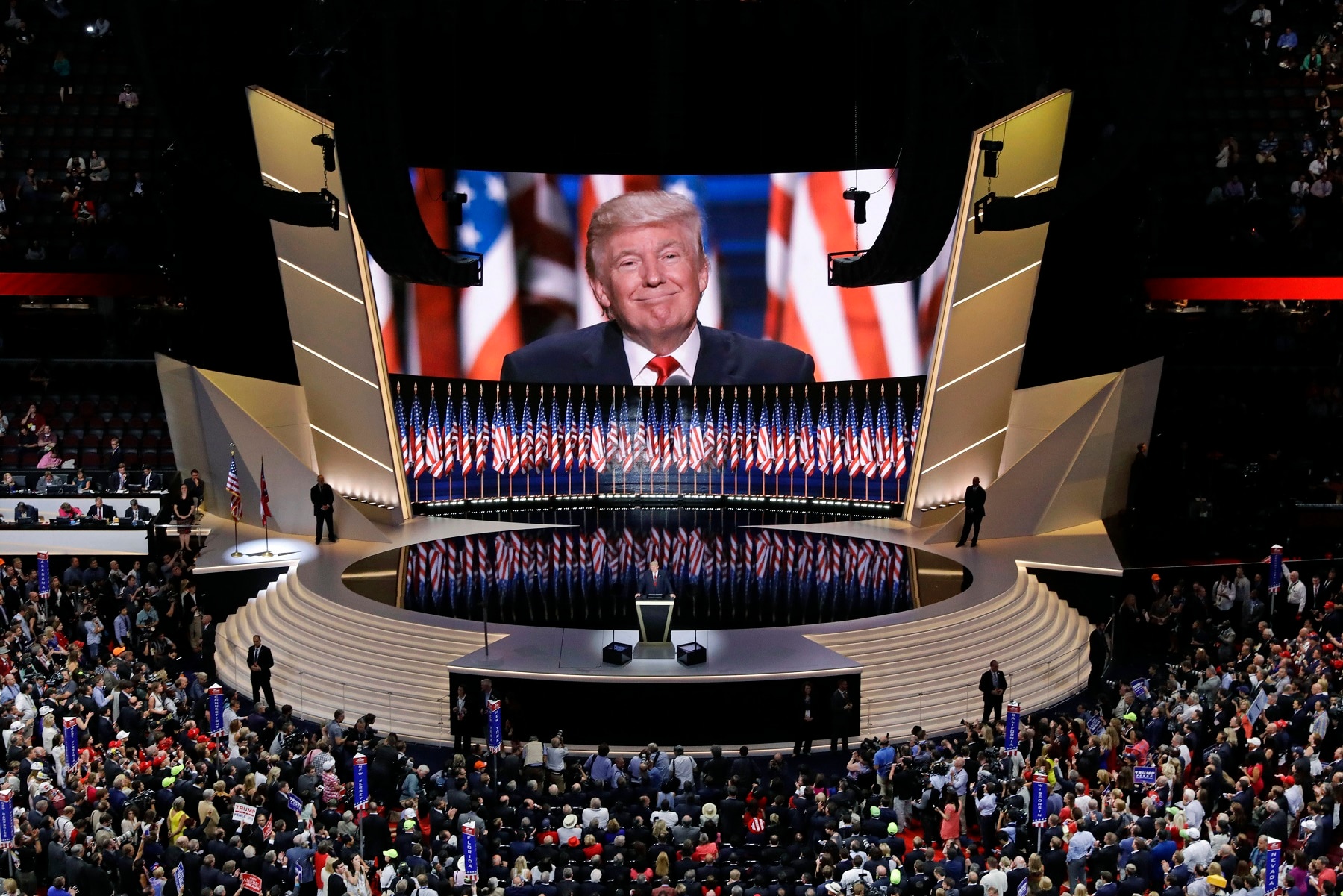 Donald Trump speaks at the Republican National Convention in Cleveland in 2016. He has again referred to concerns from 2016 that the election process is rigged.
AP

The remarks came as new polling results showed support for Mr Biden increasing as doubts about Mr Trump's handling of the pandemic grow amid a resurgence of infections in many states.

Interviewer Chris Wallace told the president that a new Fox opinion poll showed Mr Biden with a substantial lead over President Trump not only on his ability to manage the pandemic (with a 17-point edge) and to deal with racial unrest (by 21 points), but even - by a single point - on handling the economy, long a strong point for Mr Trump. 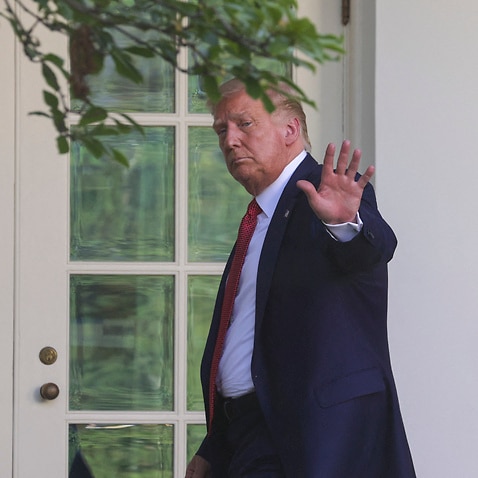 He used the Fox News Sunday interview to make several unfounded or highly speculative accusations against former vice president Biden, saying he would "triple your taxes" and "defund the police."

"He's shot, he's mentally shot," adding that if Mr Biden is elected on November 3, he will "destroy this country".

He added broadly that "religion will be gone," referring to Democratic officials banning large church services to stem the virus spread.

He repeatedly pummelled Mr Biden, who has kept a relatively low profile amid the restraints imposed by the pandemic.

Mr Trump claimed that the Democrat wanted to "defund the police" - a battle cry of some anti-racist protesters -- and insisted that such language was in a Biden policy document, though he was unable to produce it when challenged by Wallace.

As Mr Trump, who is 74, repeatedly questioned his rival's mental acuity, Wallace asked him directly if thought Mr Biden, 77, was senile. 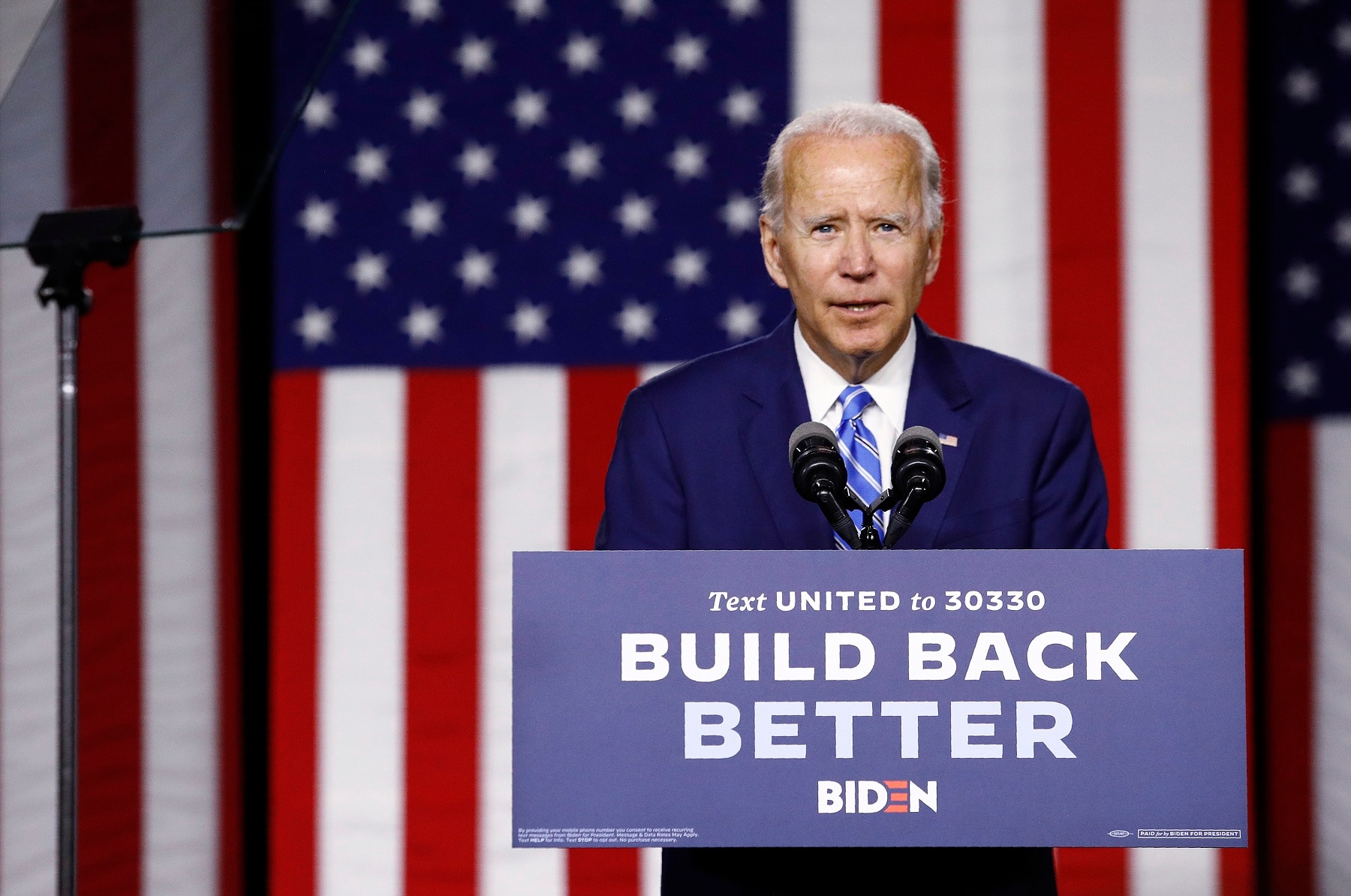 "I don't want to say that," Mr Trump replied. "I say he's not competent to be president."

He questioned whether the Democrat could pass a cognitive ability test that Mr Trump said he had "aced," and said the former vice president would fall apart under tough questioning.

"Let Biden sit through an interview like this, he'll be on the ground crying for Mommy. He'll say, 'Mommy, Mommy, please take me home.'"

Mr Trump again defended his handling of the pandemic, claiming that "we are the envy of the world" on testing; and, of his early prediction that the virus would someday disappear, said, "I'll be right eventually."

He again opposed any national mandate for mask-wearing, saying, "I want people to have a certain freedom."

Mr Biden responded on Sunday, saying in a statement focused on the pandemic that "it's long past due for President Trump to listen to somebody other than himself in how to fight this virus, because after six straight months of deadly mismanagement it is spiraling even more out of control.

"Mr. President, your ignorance isn’t a virtue or a sign of your strength — it’s undercutting our response to this unprecedented crisis at every turn," he added.

Asked by Wallace about statistics showing American blacks are twice as likely to be shot and killed by police as whites, Mr Trump replied, "Many whites are killed also. You have to say that."

And he equated those who fly the Confederate flag with those saying that "Black Lives Matter," adding, "It's freedom of speech." 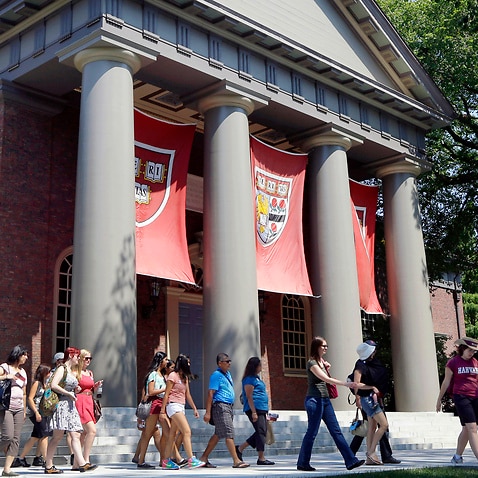 Mr Trump again stated his opposition to renaming US military bases named after Confederate generals - even after the military supported the idea.

"I don't care what the military says," the president said.

"We're going to name it after the Reverend Al Sharpton?" he asked rhetorically, referring to a prominent African-American civil rights leader.

On other subjects, Mr Trump said the economy was "doing very well," even as millions remain jobless, with some states reimposing lockdowns. The stock market, he said, was near record highs.