Isabella Laudisio is not alone in her anguish over the 2009 Black Saturday blazes which killed 173 people. She says this summer's bushfires have brought the painful memories back and are a reminder of the lasting mental scars trauma can leave on those impacted.

Endless flames, smoke, and a sky of darkness have been a sight all “too real” for Isabella Laudisio.

This summer’s bushfire crisis has been a painful reminder of tragic events.

Isabella lost her father, friends, and her family-owned restaurant when a blaze ripped through the regional Victorian town of Kinglake in February 2009.

“It felt like a warzone … all we could see was flames, darkness and smoke,” she tells SBS News.

“We were totally surrounded.” Isabella, 66, recalls the roaring sound of “a thousand jumbo jets” as the fire descended on a friend’s house where she had taken refuge.

“By that time it had killed people, destroyed homes, done a complete wipeout,” she says.

Her father Gennaro got trapped in a car as flames engulfed the vehicle. There would be no body to recover.

The day would become known as Black Saturday and was among Australia's all-time worst bushfire disasters. A “miraculous” wind change saved Isabella's life, she says, but the mental scars have never gone away.

“You just don’t get over it … it doesn’t go away, it just stays with you.”

“It is like you have a fog over your mind and you just can’t deal with it.”

The federal government has committed $76 million in mental health support for first responders and fire-affected communities this summer.

Prime Minister Scott Morrison said earlier this month the fires were “unprecedented in their scale, coverage and duration” and have taken a “traumatic emotional toll”. They demanded the mental health needs of victims be supported “like we never have before”, he said. The long-term effect of bushfires on mental health

It was a year before Isabella sought help to deal with the death of her father.

“You never really understand living through that trauma until it happens to you,” she says

Haunted by sleepless nights and a world “so dark”, Ms Laudisio says she was diagnosed as having suffered “severe” trauma.

The recent bushfires are only heightening that.

“At the moment, living through this, it is in your face all the time,” she says.

“You’re seeing the devastation … it really brings it all back to you.” A picture of the scene in which Gennaro died.
SBS News

Melbourne University professor Lisa Gibbs, who conducted a study into the Black Saturday bushfires, said a long-term approach to the mental health needs of victims is critical.

It means being aware people could be impacted by these traumatic incidents for years.

“The majority of people are quite resilient … it is extraordinary what they can deal with and then get back on track afterwards,” she said.

“But there will be a significant minority who will struggle in the longer term and that’s what we need to be conscious of ... providing support for those people.” Beyond Blue lead clinical adviser Grant Blashki said it is normal for those affected by bushfires to express their trauma through a range of thoughts, feelings and behaviours.

A state of being overwhelmed, numb, detached or tearful as well as sleeplessness, grief and constant questioning of decisions, intrusive memories and self-blame are all common.

But, he said, if this distress persists, professional help is available.

“It is not a clear cut line to a normal reaction to a stressful situation, and then that sliding into a mental health condition,” he said.

“There isn’t one single way to respond – that is important for people to realise.”

Michelle French was with her husband, son and daughter, then aged 11 and 10, when they evacuated their secluded property in Kinglake that same February day as Isabella.

Heading down the driveway where the family ran a school camp, they stared down a horizon of smoke and flames.

“It really looked bad, that red sun behind the smoke,” Michelle, 53, said.

“It just seemed to be happening so fast.” Michelle French and her family face a horizon of smoke and flames.
Supplied

The family has been told they missed the flames - which razed their home and livelihood - by just half an hour.

They are thankful for their safety but not immune from the mental anguish of knowing friends lost so much more.

“I have spent ten years trying to get over that survivor guilt … believing I shouldn’t be a burden because I survived – my kids survived, my husband survived,” Michelle told SBS News through tears. 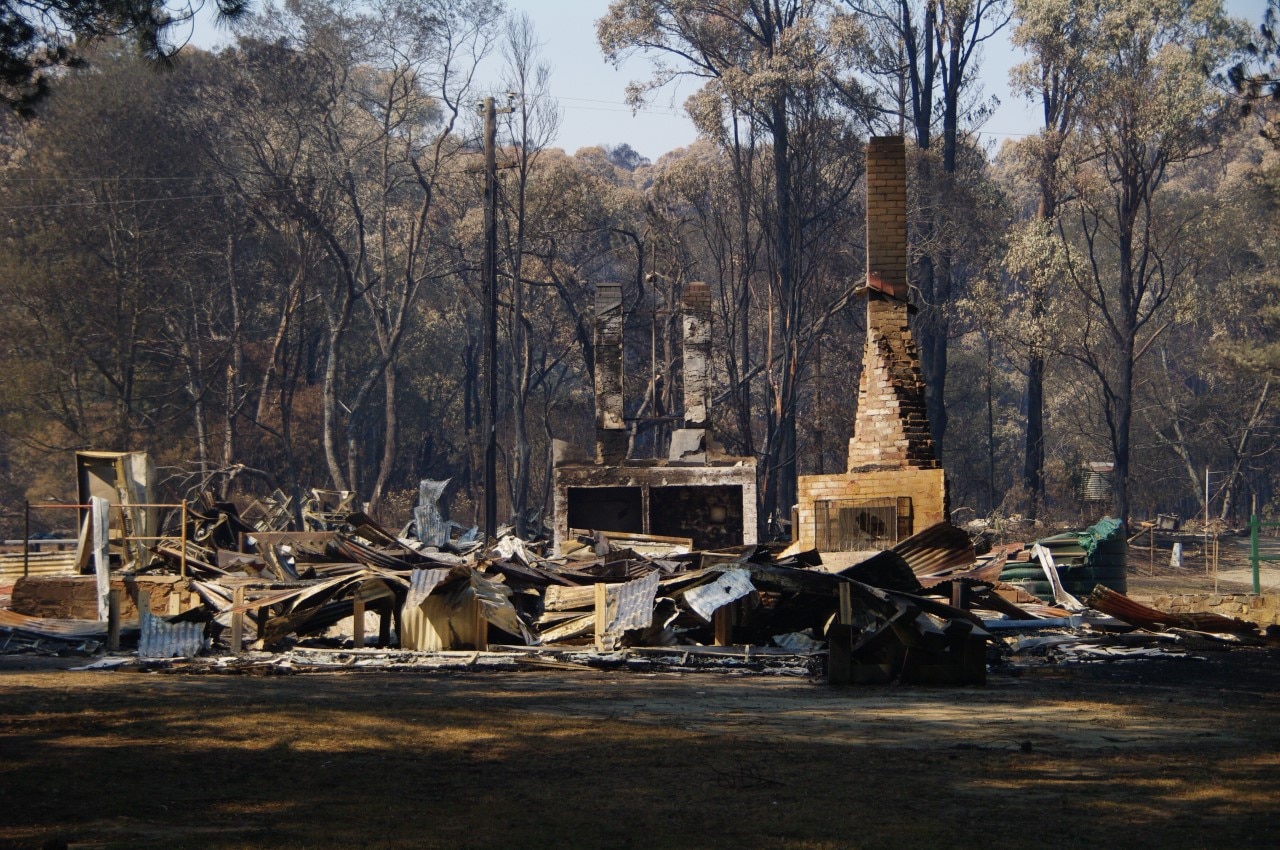 Michelle's family home, as well as their school camp, was destroyed in the Black Saturday fires.
Supplied

The trauma has rushed back “all over again” seeing this summer’s fires.

“That guilt, all back again, bang! … That is just horrendous,” she said.

"I don't think there is one person that could go through this that doesn't need to speak to somebody." Michelle with her family and a young Prince William.
Supplied

Neil Starmer is a GP in Moruya on the New South Wales south coast, which has been surrounded by flames and smoke during this summer’s bushfires.

He said his practice is on alert for those needing support.

“It is completely the right thing to be anxious and disoriented by what's going on now,” he said. 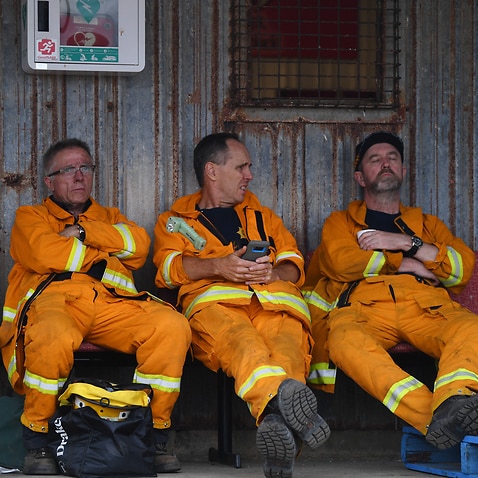 To improve firefighters' mental health, we can't wait for them to reach out – we need to 'reach in'

Isabella says she truly feels for those impacted by the recent fires.

"I know their journey coming back is going to be a long one.”

Ms French advises not to do it alone.

"Don't hide it and put your head in the ground ... seek help as professional as you can."

Readers seeking support with mental health can also contact Beyond Blue on 1300 22 4636. More information is available at Beyond Blue.org.au