US Democratic presidential candidate Bernie Sanders is back home and says he's feeling great after suffering a heart attack on the campaign trail.

US Democratic presidential candidate Bernie Sanders is back at his Vermont home after being treated for a heart attack in Las Vegas. Bernie Sanders is back at his Vermont home after being treated for a heart attack in Las Vegas.
AP

The plane carrying the 78-year-old senator arrived in Vermont just before 6pm on Saturday, one day after he was released from a hospital. As he left the airport he told reporters "I'm feeling great, thank you."

He was then driven home in a motorcade where he was greeted by family at the front door. Senator Bernie Sanders will be back on the campaign trail soon.
AP

Sanders was attending a campaign event on Tuesday when he experienced chest discomfort and was taken to a hospital.

Sanders' campaign released a statement from his doctors that said two stents were inserted to open up a blocked artery in his heart. 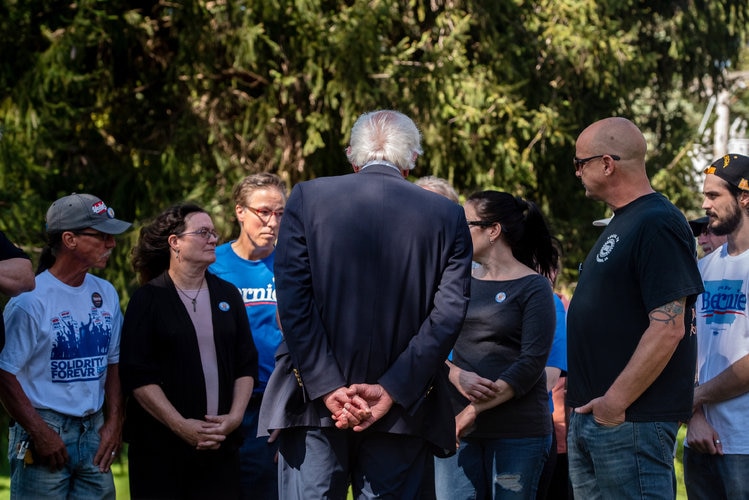 Doctors confirmed the Democrat had a heart attack.

The doctors said the rest of his stay was "uneventful with good expected progress".