Isolated elderly migrants are welcoming a chance to speak in their mother tongue thanks to a new language service being trialled in Queensland.

Once a week volunteers at a Gold Coast call centre check on dozens of elderly migrants across Queensland in eleven different languages.

The Red Cross trial called I Speak Your Language is funded by the state government and is helping lonely elderly migrants connect with their communities.

Like most Western countries, Australia has a rapidly ageing population.

The Australian Human Rights Commission predicts that in 35 years' time one-in-four people will be over 65 - up from the current one-in-six.

And more than a million people will be from non-English speaking backgrounds. 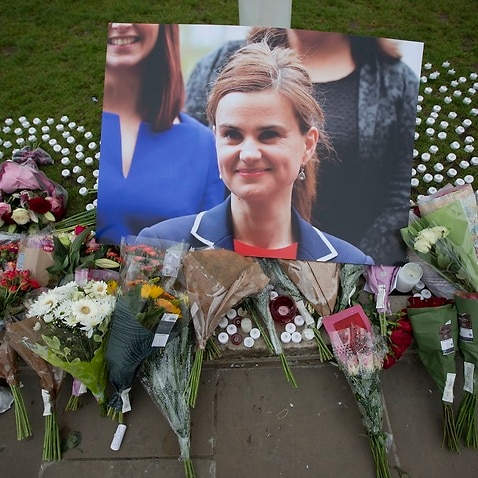 Calling the lonely for a chat

Shizu Fujii migrated to Australia from Japan late in life to live on the Gold Coast. She is in her late sixties and told SBS News she passes the time playing piano while waiting for a familiar voice to call for a chat.

“Every Wednesday at 10 o'clock, I’m waiting for that, I’m excited yeah,” Ms Fujii said with stilted English and a laugh.

“(I’m) very happy to talk Japanese with Japanese. I can talk about whatever I want freely, whatever I need, so I like it.”

Chisato Snell calls Ms Fujii on time. Also from also Japan, she has lived in Australia for thirty years and is a volunteer with the 'I Speak Your Language' service.

“I always like doing volunteer work, it gives me a connection to the community and makes me feel good about myself,” she said. The language program is an extension of an existing English language service offered by the Red Cross that checks in on the elderly.

“A lot of Italian speaking, Russian, Persian, Finns, quite a number of Mandarin, Bahasa, we’re reaching out to all different communities and getting a great response,” said Red Cross program support officer Miryam Mastrantonio, who runs the Gold Coast call centre.

“The program has been a big success, especially with volunteers, we have a waiting list of over 30 volunteers who'd like to be part of the program,” said Marie Daix, community development officer at MCCGC.

“For the participants, we’re getting referrals from Cooktown, from Townsville, from Logan, hospitals and GPs.” Elderly migrants who do not speak English and live alone are more prone to feeling lonely.
AAP

Already socially isolated, the elderly are prone to depression and susceptible to exploitation. Little research has been done on the impacts for aged migrants.

“I don’t think there’s enough being done and were trying to delve into the situation and doing as much as we can,” said Ms Mastrantonio.

“Some come into the country and have not learnt [English] language, others are elderly and developing dementia and when people get into that situation, they revert into their mother language.

“It's more of a mental abuse, belittled and told they don't understand. The most popular one is children taking advantage of their bank accounts, and financial situation and take over the power and use their money.” Opening up about sensitive issues

When it comes to dealing with such sensitive issues, volunteers refer their elderly clients to local support services in Queensland for help. The program does not offer counselling or legal advice but focusses on offering regular friendly chit chats.

Chisato Snell told SBS News that volunteering for the ''I Speak Your Language" program has dual benefits.

The 12-month trial is at the halfway mark and there are plans to increase the current eleven languages to 16, while also expanding the service to cater for refugees, new migrants and international students from next year.

45 mins ago US Politics