An American journalist drew attention to the trophy that was made for the PM to mark his efforts stopping refugee boats. 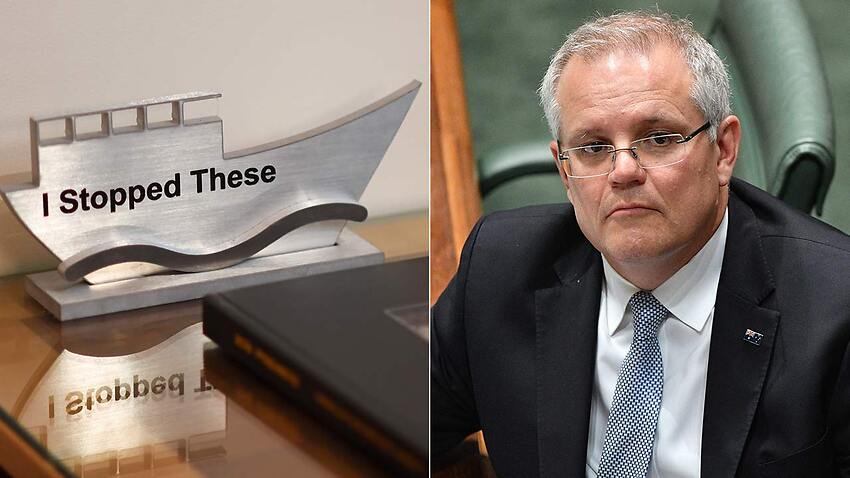 One of Scott Morrison's mates made the trophy he keeps in his office to mark his efforts to "stop the boats" as immigration minister.

The prime minister attracted international attention this week when it was revealed he had a trophy in the shape of a migrant boat with the caption "I Stopped These" in his office.

"His office features a model migrant boat bearing the proud declaration 'I Stopped These'," Ms Dowd wrote in her column.

The item was confirmed by Australian Associated Press photographer Lukas Coch, who snapped the image during a meeting in Mr Morrison's office.

"A mate of mine, a constituent actually, made that for me when I left the immigration portfolio many years ago," Mr Morrison told Miranda Devine Live on Wednesday.

"It was a kind gift from a friend. I don't resile from it, we did stop boats.

"Maybe (former Labor immigration minister) Chris Bowen has one on his desk that says 'I didn't stop these'."

Operation Sovereign Borders has attracted international condemnation for the way it treats refugees, as well as praise from countries looking for similar ways to close their borders to refugees.