Abla Kadous started life in Egypt before moving to Australia and helping set up the country's first welfare service for Muslim women. At 70, she reflects on her career and why she would "never send anyone away".

In the backyard of a women's welfare centre, a feast is taking place.

A group of about 50 women and children are enjoying the feast. Women enjoying an end of term feast at the IWWA.
SBS News
The Islamic Women's Welfare Association (IWWA) is a not-for-profit organisation in Lakemba, an area of Sydney dotted with Bangladeshi and Middle Eastern restaurants, and where about half of the residents identify as Muslim.

At the helm is 70-year-old Abla Kadous.

“If it’s a small issue, not physical abuse, if she has problems with raising the children or just a little disagreement with the husband, I can help them here. But if it's bigger than that, I refer them to the correct service." 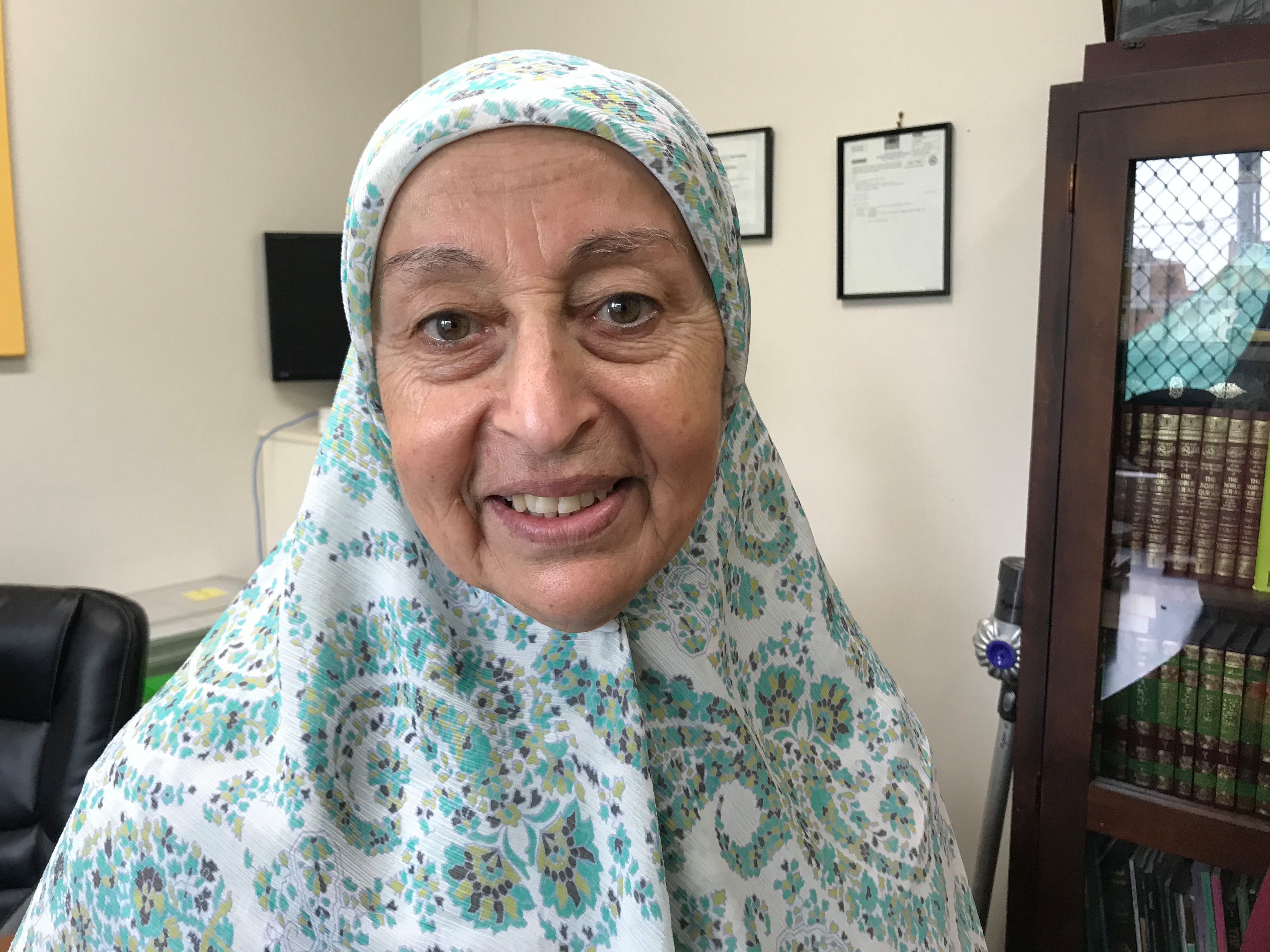 Abla Kadous was born in Egypt and moved to Australia as a teenager.
SBS News

The IWWA was set up in the year 2000 and provides programs and services for about 150 women and 300 children each week.

They include childcare, camps for teenage girls and Arabic language schools, as well as welfare and referral services for at-risk women who need extra support.

Abla is one of the centre's 50 or so volunteers and has been the president for almost 20 years. Abla as a teengager in Egypt.
Abla Kadous
She and her family migrated from Egypt to Australia in the late 1960s when she was a teenager. It was a time of political unrest in her home country.

She says Sydney reminded her of Port Fouad, the Egyptian town where her family had once lived.

"I grew up with many different nationalities. My neighbours were from Greece, from Italy. We had people from Germany. A lot of people from the Mediterranean would come and work in Egypt.”

“We used to exchange recipes and cook together, go out together. We grew up together with their children and we are still in contact with them until today. Very few of them are still in Egypt; we left and also many other nationalities left as well."

It was in the waters of Port Fouad where Abla says she developed her work ethic.

At the age of 13, she took up rowing, an activity considered unusual for girls and women at the time.

By 15, she was a national champion. Abla rowing in the Suez Canal in 1964.
Abla Kadous

"I started to travel the whole of Egypt; Cairo, Alexandria, Ismailia, and have competitions with much older girls."

"Whatever race, from the beginning, any race I went in I won. So I was Egypt's champion rower in the skiff [small boat], in singles."

Sport was, and still is, a big part of her life.

Along with rowing, she also played tennis and other sports, refusing to be restrained by the expectations placed on others around her. She says she was lucky enough to have a father who encouraged her to be active and trained her in competitive rowing.

"I try to pass it on to my children and grandchildren, and even here, in the centre, I try to organise a lot of activities with sport." Abla (middle) with her sisters at the age of 13.
Abla Kadous

“A few years ago I had an OzTag team (tag rugby) as well. It's in my blood, I know the benefit of playing sport and I like to encourage women to play and to take part in teams."

As is the case for many of Australia's migrants, Abla had a range of jobs when she first arrived.

Eventually, she trained as an accountant.

She married Gamal, a pharmacist, and had five children. The couple now has 10 grandchildren.

In the 1980s, while working and raising their family, she also started volunteering with a group of women to shelter those fleeing domestic violence.

The group saw a need for a formal service, and in 1983 they set up Australia's first welfare service specifically for Muslim women. Back then, Abla says, such women had few options, finding mainstream services were unable to meet their needs.

"When there were any problems, we would have ladies ring the imam at the time and tell him, 'I have a problem and I don't know where to go'.”

The service emerged from a group of women who attended the Lakemba Mosque.

“So he would call us, the group who started the Muslim Women's Association, and he would ask 'can anyone take this lady overnight, until the morning?'”

The group would house women and sometimes children in their own homes until alternative accommodation could be found.

“Sometimes it happened on the weekend: 'Can anyone take care of her until Monday and we can find a solution for her?' The need was there for those women who did not have anywhere else to go." Abla says the Muslim Women's Association is still going strong more than 35 years later and has branched out to provide a broader range of services.

These days, much of her time is spent at the IWWA, which she also helped set up.

It relies on donations and some government funding.

"Honestly, working in this centre is my life,” Abla says.

“I have five children and they all say, 'this is your sixth child'."

"I spend nearly every day here. I volunteered for 35 years working for the community, the last 20 being in this place. So it is my house, my second house." Abla was recently recognised for her volunteer work by the Centre for Volunteering, which named her 2019 Senior Volunteer of the Year.

She does not believe in retirement, she says, and plans to continue with her work until she no longer can.

"I cannot say at any time that this is my last year. I want to be working until the last day of my life. I feel I am healthy enough to do that and everyone supports me."