Illegal logging is taking its toll on Brazil's Amazon rainforest, with nearly 14 per cent more land deforested in 2017/18 than the previous year.

The destruction of Brazil's Amazon rainforest reached its highest level in a decade this year, government data has shown, driven by illegal logging and the encroachment of agriculture on the jungle.

Satellite images for the 12 months through the end of July 2018 released on Friday showed that 7900 square kilometres of forest were cleared in the Amazon, equivalent to more than half the territory of Jamaica. That was a 13.7 per cent increase from the same period in the prior year. Museum examines what a world without koalas would look like

Deforestation is a key factor behind global warming, accounting for around 15 per cent of annual emissions of heat-trapping gases, similar to that of the transportation sector.

Brazil's environment minister Edson Duarte said that illegal logging was the main factor behind the increase in deforestation in the Amazon.

He called on the government to increase its policing of the jungle. 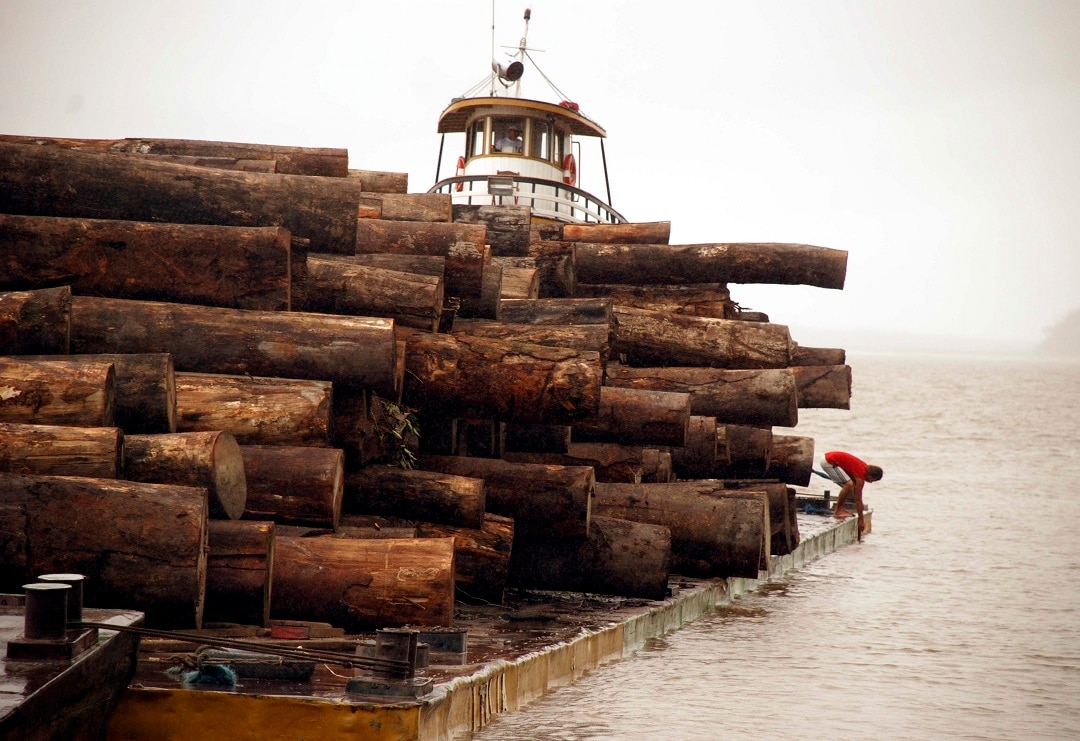 A raft loaded with confiscated logs that were illegally cut from the Amazon rainforest.
AAP

Marcio Astrini, from the local office of Greenpeace, said the Brazilian government had not done enough to fight deforestation and recent policy moves such as ones reducing areas under federal protection fuelled environmental destruction.

Both groups said they were worried that deforestation could increase further during the government of President-elect Jair Bolsonaro, due to take office in January.

He has sharply criticised the Brazilian environmental protection agency, and the agriculture sector is one of his main political bases.

Despite the recent rise, deforestation remains sharply below the levels recorded in the early 2000s, before the Brazilian government launched a strategy to fight forest destruction.

Scientists consider the Amazon as one of nature's best protections against global warming, as it acts as a giant carbon "sink" by absorbing the gas.

The jungle is also rich in biodiversity, hosting billions of species yet to be studied.