A day after Jimmy Lai was arrested, Hongkongers rushed to buy Tuesday's edition of Apple Daily, with the newspaper saying it had upped its print run to 550,000 from its normal circulation of 70,000.

Hongkongers rushed to buy pro-democracy newspaper Apple Daily on Tuesday in a show of support for its owner, who was arrested a day earlier as police rounded up critics of China.

A crackdown on dissent in Hong Kong has gathered pace since China imposed a sweeping security law in June, with opposition politicians disqualified and activists arrested for social media posts.

The moves have provoked outrage in the West and fear for millions who last year took to the streets to protest communist China's tightening grip on the semi-autonomous city.

In one of the most dramatic days of the crackdown, media tycoon Jimmy Lai was among 10 people detained under the new law on Monday as around 200 police officers searched the newsroom of his tabloid, which is unapologetically critical of Beijing. In a show of solidarity for Mr Lai, people in the city rushed to buy Tuesday's Apple Daily, with the newspaper saying it had upped its print run to 550,000 from its normal circulation of 70,000.

One restaurant owner bought 50 copies at a newsstand in the commercial district of Mong Kok, saying he planned to give them away for free.

"Since the government doesn't allow Apple Daily to survive, then we as Hongkongers have to save it ourselves," the man, who gave his surname as Ng, told AFP. 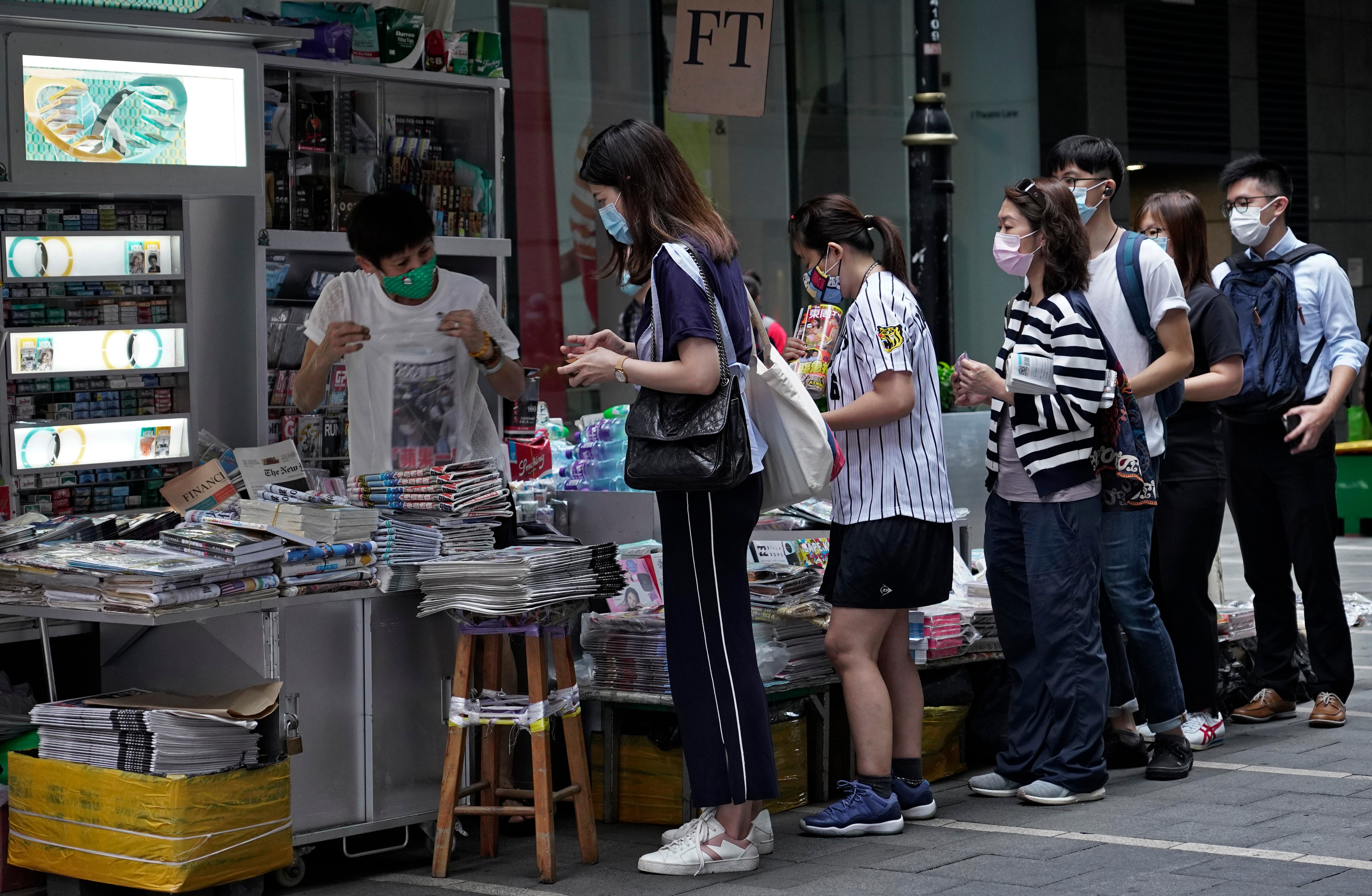 People queue up at a news stand to buy copies of Apple Daily at a downtown street in Hong Kong.
AP

The newspaper's front page showed a picture of Mr Lai being led away in handcuffs with a headline - in typical lurid red characters - that said "Apple will fight on".

Dozens of people lined up in Mong Kok and around the city to buy the paper, with some also paying vendors in advance so other people could take a copy for nothing.

"Hong Kong is a place with press freedom, but the police now suppress press freedom in a high-profile way. I feel very angry," said a woman called Chan, who bought 16 papers.

With Hongkongers too fearful to stage mass protests like last year, and with events in recent weeks showing even dissenting social media posts could be punished, some looked to other inventive ways to show solidarity.

Mr Lai's arrest sparked a buying spree in shares of his media group, and its stock value rose by nearly 1,000 per cent on Tuesday from Monday morning. 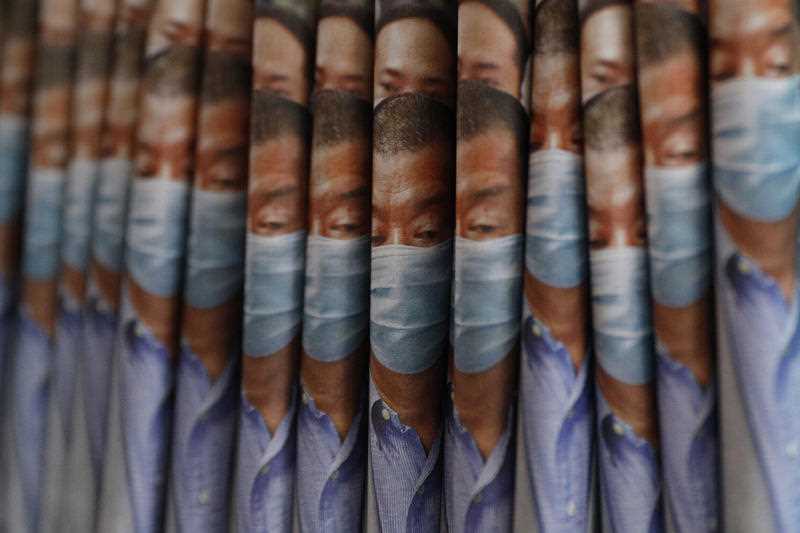 The most serious crimes under the law, which was introduced on 30 June and is not supposed to be retroactive, carry up to life in jail.

Similar laws are used on the authoritarian mainland to snuff out opposition.

Mr Lai, 71, was held on charges including colluding with foreign forces, as well as fraud, in an operation targeting his Next Digital publishing group.

Among the others arrested were two of Mr Lai's sons, young pro-democracy activist Agnes Chow and Wilson Li, a former activist who describes himself as a freelance journalist working for Britain's ITV News.

Even as police were conducting interrogations, Beijing hailed Mr Lai's arrest, declaring him an "anti-China rabble-rouser" who conspired with foreigners to "stir up chaos".

Critics believe the law has ended the key liberties and autonomy that Beijing promised Hong Kong could keep after its 1997 handover by Britain.

US Secretary of State Mike Pompeo, who met with Mr Lai last year, described Mr Lai's arrest as "further proof" that Chinese authorities had "eviscerated Hong Kong's freedoms and eroded the rights of its people".

"We're going to respond in real ways," Mr Pompeo later promised in an interview with Newsmax.

I’m deeply troubled by reports of the arrest of @JimmyLaiApple under Hong Kong’s draconian National Security Law. Further proof that the CCP has eviscerated Hong Kong’s freedoms and eroded the rights of its people.

The United States had last week already imposed sanctions on a group of Chinese and Hong Kong officials - including city leader Carrie Lam - in response to the crackdown.

China condemned the sanctions as "barbarous" and imposed retaliatory sanctions on some senior American politicians and leading human rights campaigners.

In a late-night briefing, Hong Kong's police said those arrested were part of a group that had previously lobbied for foreign sanctions.