Millions of Chinese have begun the annual exodus to welcome in the Year of the Pig, leaving major cities to return to their hometowns for the holiday in the world's largest annual human migration. Lunar New Year is the most important holiday in the Chinese calendar and is the world's largest annual human migration.
Visual China Group

The most important holiday in the Chinese calendar places great emphasis on family reunions, and travellers must get home by Monday to usher in the Year of the Pig the following day. 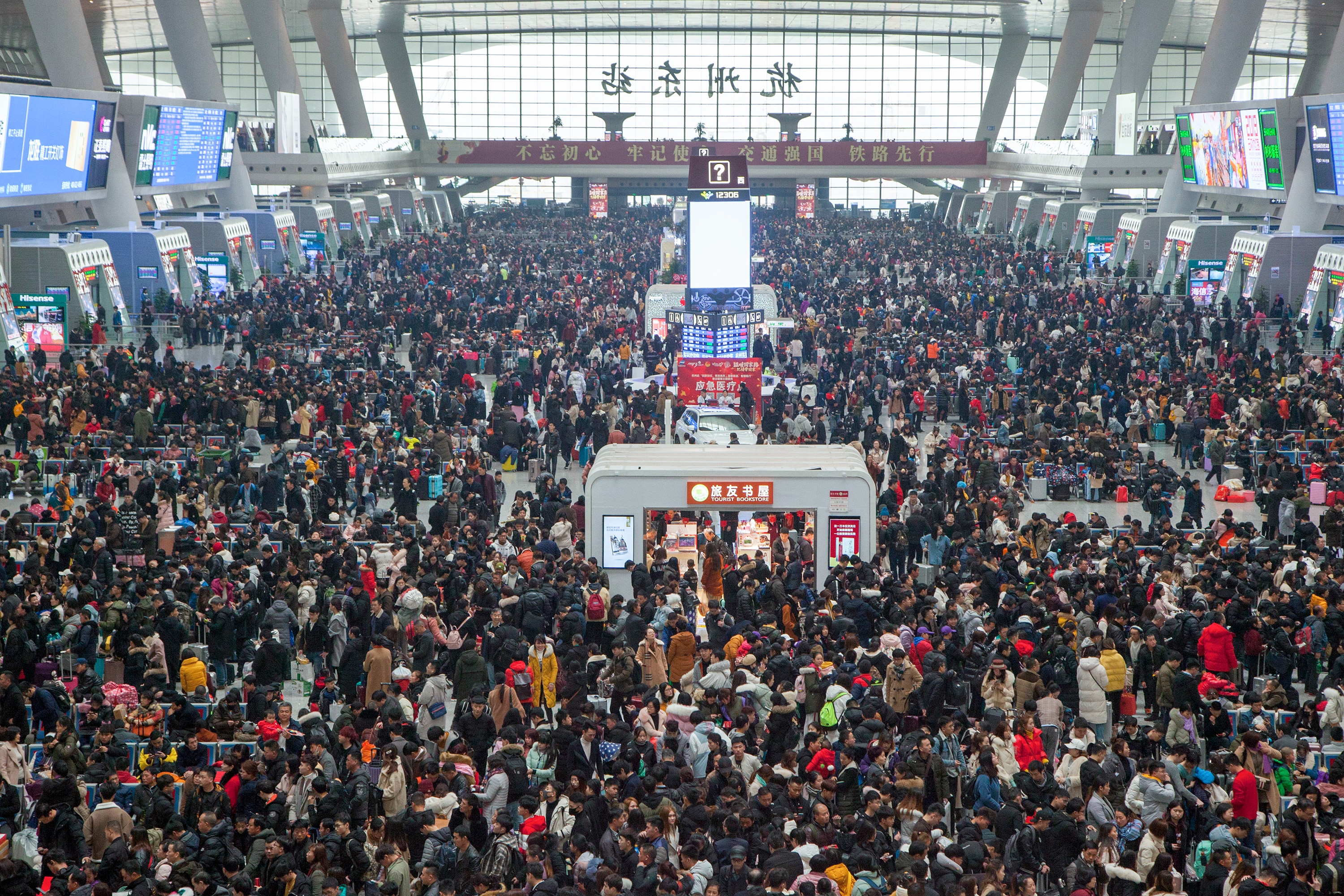 At Beijing Railway Station, thousands were milling around in the cold, wrapped up in thick coats and wheeling their luggage. 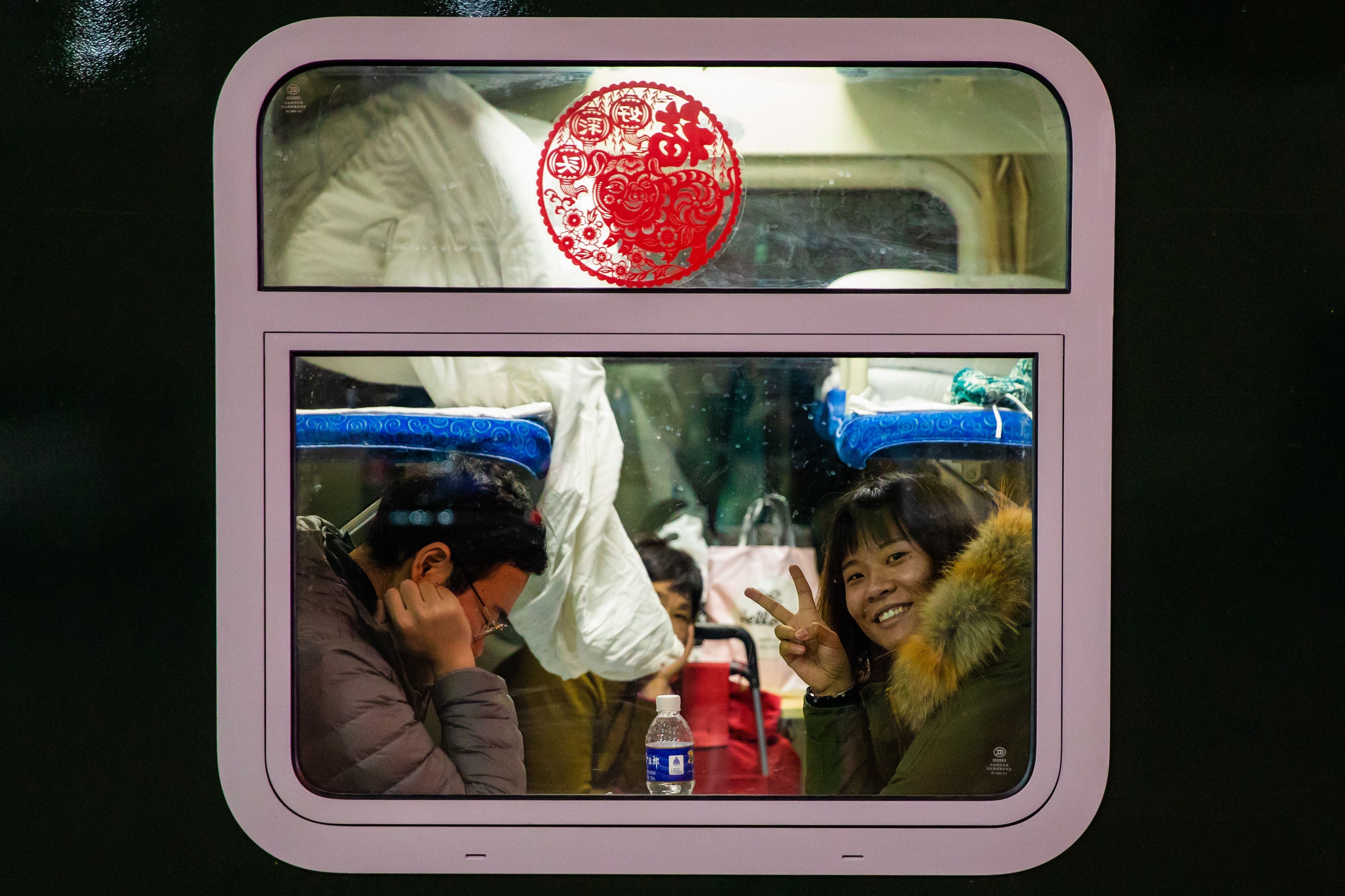 The travel rush started on Monday and crowds are not expected to die down until Friday.
Visual China Group

Readying for a 32-hour journey from Beijing to Huaihua in Hunan province, central China, passengers kept themselves entertained on mobile phones while sipping tea from flasks and eating noodles. 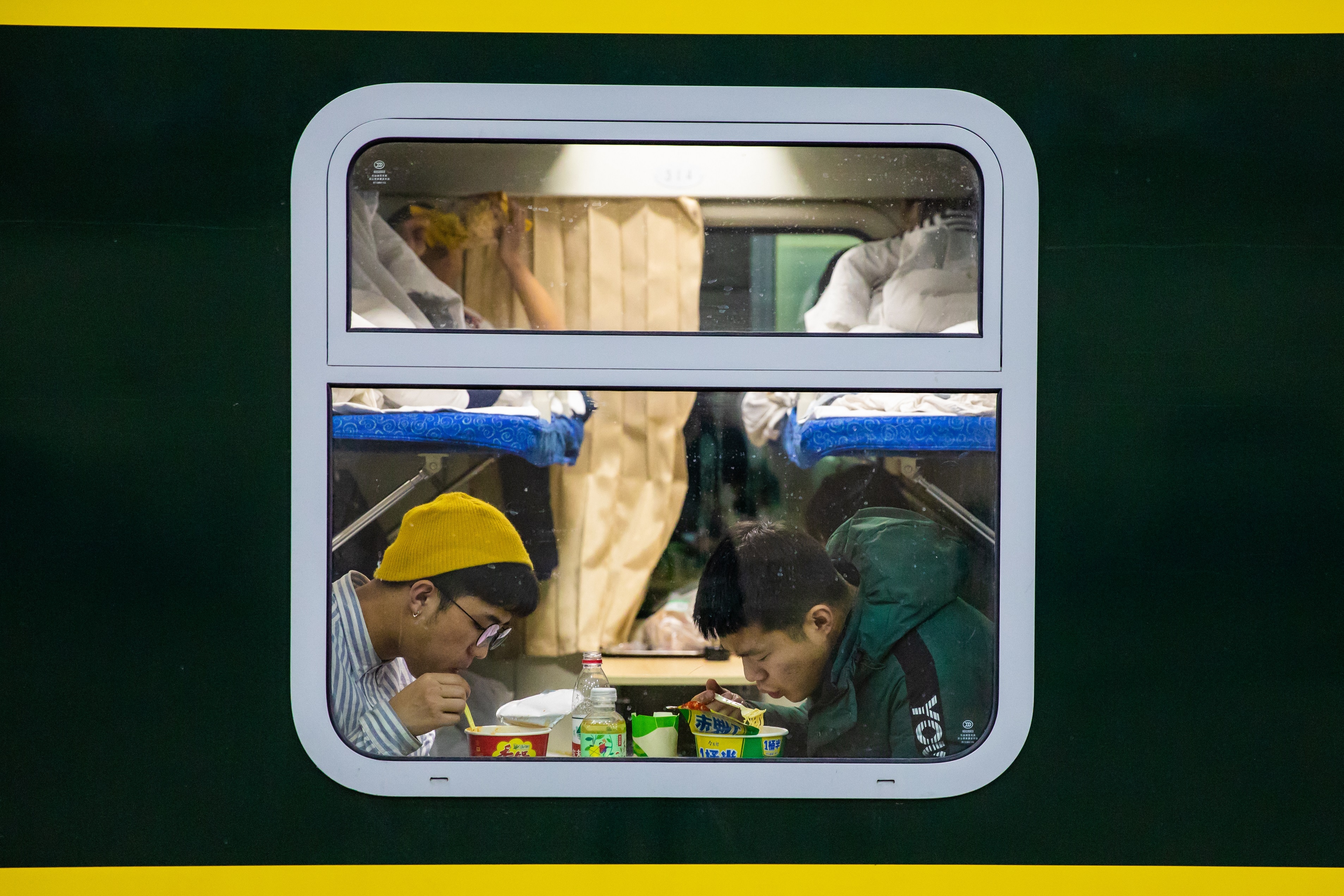 For some, the train journey home can take as long as 32-hours.
Visual China Group

Rail operators expect some 413 million trips during this year's holiday season, up 8.3 percent from a year ago, the official Xinhua news agency reported. In Hangzhou, crowds enjoy thousands of red lanterns just lit on a footbridge to welcome the Spring Festival, which runs for 40 days.
Getty A woman runs under a sea of red lanterns.
Visual China Group Aerial view of villagers holding red lanterns as they prepare to usher in the 2019 Chinese New Year, the Year of the Pig.
Visual China Group

A tourist town in eastern China is trying to attract health conscious visitors with hot springs designed to look like a fiery hotpot, a popular Chinese dish said to drive away winter blues. People born in the Year of the Pig drink beer in a hot pot shaped hot spring.
Visual China Group

Visitors to the First World Hotel in Hangzhou can dip into a hot spring bath, shaped like a rectangular copper pot with nine compartments, each containing popular hotpot ingredients like chilli peppers, lime, corn and lettuce. 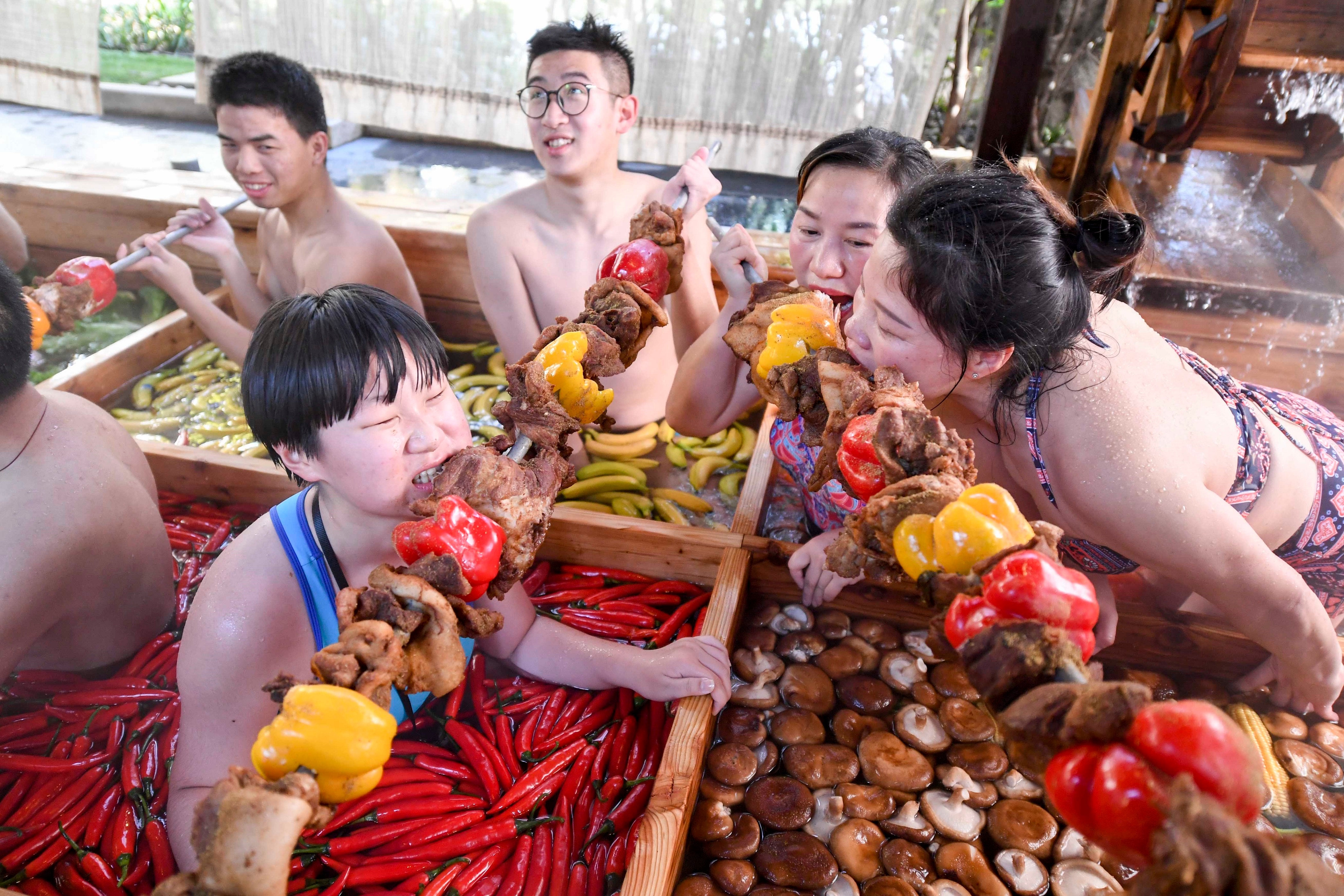 People born in the Year of the Pig eat kebabs in a hot pot shaped hot spring.
Visual China Group

Across China, bright and colourful latern shows have been lighting up the night sky. Colored lanterns are illuminated on the water during a lantern show.
Visual China Group A colored lantern featuring a phoenix is illuminated during a lantern show.
Visual China Group