The Morrison government has been branded a "bully in action" for pushing its environment law changes through the lower house without following usual process.

Independent MPs are furious with the Morrison government for throwing due process out the window and ramming controversial environmental laws through the lower house.

Crossbench MP Zali Steggall flagged amendments to the bill but the government refused to allow them to be voted on.

Instead, the coalition used its numbers to shove the bill through the lower house on Thursday night.

The Morrison government is currently trying to shut down debate in parliament on its disastrous proposed changes to our national environment law. Ignoring the 409,908 people who today pleaded with the prime minister and environment minister to protect nature. #auspol https://t.co/LdwXnkMt2Q

Ms Steggall described the government as a "bully in action".

"The PM and every coalition MP made a mockery of due process for legislation and bulldozed environmental and water protection," she said.

"And they were laughing while doing it. This is how they represent you. If you care, contact your MP."

The changes to the national environment protection laws pave the way for states to take over approvals.

The states would have to abide by a set of national environment standards, which have not been developed.

The changes are in response to an interim review conducted by former competition watchdog Graeme Samuel.

Appalling conduct by Govt happening in @Aust_Parliament by Minister Ley, the PM and every Coalition MP that is supporting this. #auspol

Professor Samuel also recommended installing an independent environmental umpire, but the government has rejected that.

"(The bill) hands decision-making to state and territory governments who have shown time and time again to be conflicted and incapable of protecting the environment," he said.

"The passage of the amendment through the House of Representatives was also a chilling demonstration of the government's complete contempt for democracy.

"Most members of the house were prevented from speaking, and foreshadowed amendments were blocked without debate. The government acted again like an elected dictatorship." 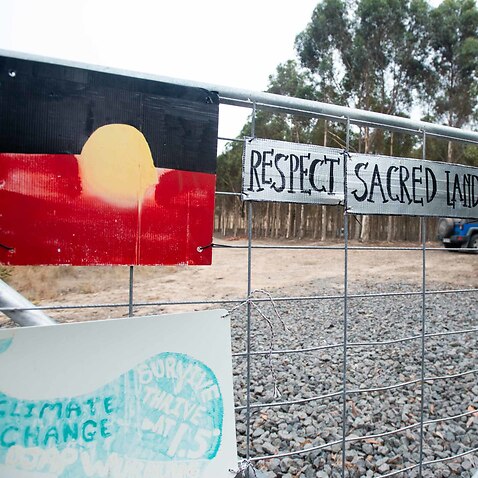 Environment Minister Sussan Ley was quick to defend the changes after outrage over the process.

"There will be more reforms to follow," she said.

The bill is likely to be referred to a Senate committee for scrutiny, pumping the brakes on its progress.

Labor and the Greens oppose the legislation.