The worst attack on India’s security forces in decades has threatened to spark another conflict in one of the world's most disputed areas, experts on the region have told SBS News.

At least 40 Indian soldiers were killed in Kashmir on Valentine's Day in an attack claimed by an Islamist militant group from Pakistan.

And with an Indian election on the horizon, commentators say a retaliatory attack is imminent.

"He has to do something, and he will. India will retaliate. It will have to be tough enough for India, but not too tough for Pakistanis."

On Monday, police reports began to come through of four Indian soldiers being killed in the region after a battle with militants.

What happened in Kashmir?

The Indian paramilitary police were killed on 14 February in a suicide bombing near Srinagar in Indian-administered Kashmir. The car-bombing of the soldiers' convoy was the deadliest attack on Indian forces in the region for three decades.

India thinks Pakistan has been supporting the militants – a claim Islamabad has strongly denied. India responded by imposing a swathe of economic measures on Pakistan and raising customs duty to 200  per cent. People hold placards, flags and candles in protest against the terror attack in the Pulwama district, at India Gate.
Hindustan Times

With the election due in India by April, there are indications its government will retaliate. But with both parties armed with nuclear-capabilities, it's just not known how strong the response will be.

The Pakistan-based group was established in 2000 and has been attacking security and government targets with the aim of overthrowing Indian control over Kashmir. The group has been linked in the past to al-Qaeda and has officially been banned by the Pakistani government.

But experts on terrorism in the region say it is unofficially supported by the authorities, "They're a fifth column for the Pakistanis," said Dr Rakistis. "They're very useful for them."

Why is Kashmir so contested?

When the British left the region in 1947, Kashmir was given the choice of aligning with India or Pakistan. Even though most of the region's population was Muslim, the local maharaja at the time was a Hindu and he chose secular India. Right from the start, some people wished to be part of Muslim Pakistan and the decision led to violence.

"Pakistan has always seen Kashmir as a part of its nation," Priya Chako, a lecturer in international politics at Adelaide University, told SBS News.

"The K in 'Pakistan' stands for Kashmir, so it wants Kashmir for that reason." A two-year war broke out soon after partition in the 1940s. The UN Security Council passed a resolution calling for a referendum to resolve the situation, but it never happened. Since then conflicts have been a common occurrence, escalating to full-blown wars in the 60s and the 90s.

In 2003, a ceasefire was agreed, but relations remain rocky. Both countries are nuclearised, exacerbating tensions further.

India still administers two-thirds of the region and Pakistan the other third. Caught in the middle are Kashmiri nationalists who want independence.

How does it affect Kashmir’s people?

There is high unemployment and a lot of social unrest in the territory. Hundreds and thousands of paramilitary personnel are deployed in the area to try and keep the situation under control, but street protests erupt frequently. There are often complaints of heavy-handed tactics by security forces, and many victims are blinded by their pellets. Children paint a canvas to pay tribute to the soldiers who died in the Kashmir attack.
LightRocket/Getty Images

"The main issue for Kashmiris since 2014 has been the military crackdown by India," Dr Chacko said.

"India has really changed its approach to Kashmir since 2014, taking a much more hardline approach to militant groups and the civilian population has suffered. It involves things like curfews, and harassment of local people basically. The situation has really deteriorated in the last four or five years."

India at UN tells Pakistan to 'abandon dream' of Kashmir

Dr Chacko said the Indian government took a similar hardline in the 1980s which resulted in a backlash from the Kashmiris, and an insurgency. She says the fact the suicide bomber in the latest attack was a local man shows the same sort of radicalisation could be happening again: "People are becoming despondent and are resorting to more violence."

The latest attack and suggestion of further conflict has dashed hopes for peace anytime soon.

India has vowed to use all its might to isolate Pakistan from the international community.

The US sided with India following the Kashmir attack, whereas China is an ally of Pakistan.

"It's so difficult to have a resolution to this situation," ANU's Dr Rakisits said, adding it was bad for both countries.

"It's stupid, it's costing money, it's hampering social development, but because of bad blood it's extremely difficult."

He believes that for any negotiations for a peace deal to happen, India would want Pakistan to hand over leaders of terrorist groups implicated in the Mumbai attacks in 2008: "Pakistan would want something in return, possibly a referendum."

Dr Rakisits says the situation could escalate if the conflict ever spreads out of Kashmir. Until now, the violence has stayed within the region, "however, if today, or tomorrow, they hit Punjab or somewhere not Kashmir, that's deep, deep trouble. That's war. Possibly going into the nukes," he says.

India has a policy it won't be the first to use nuclear weapons, but Dr Rakisits says Pakistan won't take that at face value: "What is the threshold before Pakistan use their nukes? That is not something Modi wants to play around with." 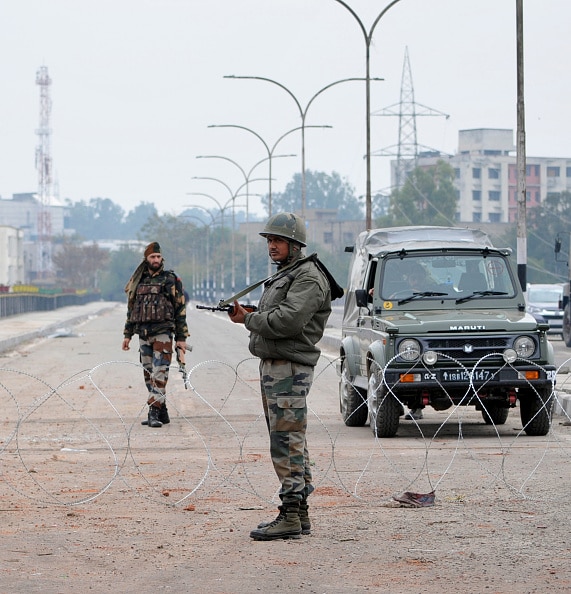 She believes he will be concentrating on building economic development and securing foreign investment, factors which would suffer if there's instability.

"Being tough on Pakistan certainly helps the governing party, so I think it will push on that angle. It did the last time there was an attack ahead of elections ... India launched a series of surgical strikes and a part of that was driven by electoral calculation," she said. 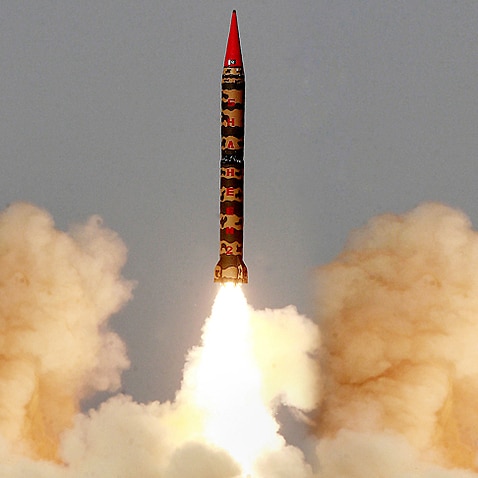