India has banned the use of Zoom for remote government meetings, amid concerns about the video-conferencing app's security.

India has banned the use of video-conferencing app Zoom for government remote meetings, the government said Thursday, in the latest warning about the platform's security,

The app has become the global go-to service for everything from education to exercise classes as millions stay home because of lockdowns to combat COVID-19's spread.

"This advisory states that the platform is not for use by government officers/officials for official purposes," the Home Affairs Ministry said in a statement Thursday, referring to the guidelines it had issued Sunday.

"Zoom is not a safe platform," the statement said. 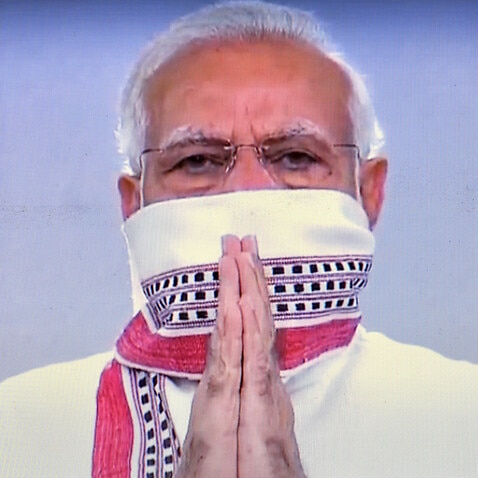 India extends the world's biggest coronavirus lockdown to next month

The ministry also advised private users on how to avoid issues such as "Zoombombing" - when uninvited guests join the video call, often to harass users.

And Singapore on Tuesday allowed teachers to resume using Zoom after suspending it last week, when gatecrashers interrupted a class and made lewd comments. Tens of thousands of people are using video conferencing apps like Zoom.
Getty

Similar "Zoombombing" incidents have been reported in Indian classrooms, according to local media, while the New York school system has banned Zoom-based security concerns.

Prosecutors from several US states - including Connecticut, New York, and Florida - are meanwhile investigating the Silicon Valley-based company's privacy and security practices.

The FBI has warned of Zoom sessions being hijacked.

Zoom has sought to make improvements to its application as security concerns mount. According to creator Eric Yuan, the number of people taking part in Zoom meetings daily eclipsed 200 million in March, up from just 10 million at the end of last year.