There are calls for a nationwide lockdown in India as the coronavirus pandemic causes record numbers of infections and deaths.

India will recruit hundreds of former army medics to support its overwhelmed healthcare system, as the country grapples with record COVID-19 infections and deaths.

The move comes amid calls for a complete nationwide lockdown.

Some 400 medical officers are expected to serve on contract for a maximum of 11 months, the ministry said in a press release on Sunday, adding that other defence doctors had also been contacted for online consultations.

COVID-19 cases and deaths have been hitting records every two or three days. Deaths rose by more than 4,000 for a second consecutive day on Sunday. Many Indian states have imposed strict lockdowns over the past month while others have announced restrictions on public movement and shut down cinemas, restaurants, pubs and shopping malls.

But pressure is mounting on Prime Minister Narendra Modi to announce a nationwide lockdown as it did during the first wave last year.

The Indian Medical Association called for a "complete, well-planned, pre-announced" lockdown instead of sporadic night curfews and restrictions imposed by states for a few days at a time.

"IMA is astonished to see the extreme lethargy and inappropriate actions from the ministry of health in combating the agonising crisis born out of the devastating second wave of the COVID-19 pandemic," it said in a statement on Saturday. 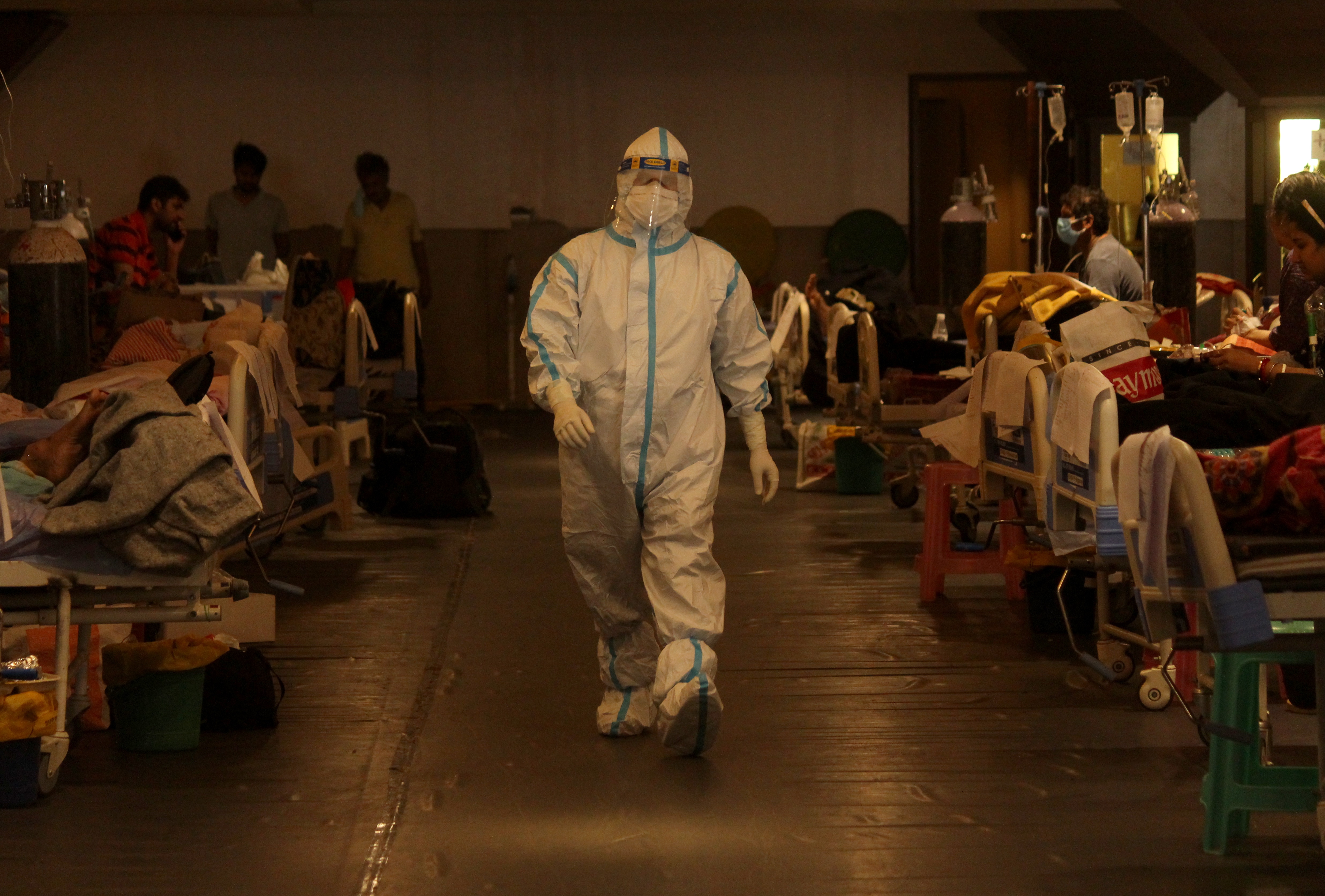 A health worker takes care of patients inside a banquet hall, temporarily converted into a quarantine facility for COVID-19 patients, in New Delhi on 4 May.
Getty

Dr Anthony Fauci, a top White House coronavirus adviser, said on Sunday he has advised Indian authorities they need to shut down.

"You've got to shut down. I believe several of the Indian states have already done that, but you need to break the chain of transmission. And one of the ways to do that is to shut down," Dr Fauci said on ABC's "This Week" television program.

Mr Modi is battling criticism for allowing huge gatherings at a religious festival and holding large election rallies over the past two months even as COVID-19 cases were surging. 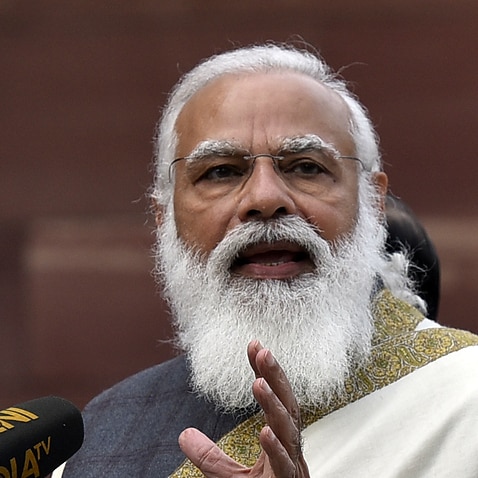 New cases rose by 403,738, just shy of the record and increasing the total since the start of the pandemic to 22.3 million.

India on Saturday reported its highest ever single-day COVID-19 death toll of 4,187. The Institute for Health Metrics and Evaluation estimates that India will see 1 million COVID-19 deaths by August. India’s total COVID-19 cases rose by over 400,000 for the fourth consecutive day on Sunday.
LightRocket

With an acute shortage of oxygen and beds in many hospitals and with morgues and crematoriums overflowing, experts have said the actual numbers for COVID-19 cases and fatalities could be far higher than reported.

The world's largest vaccine-producing nation has fully vaccinated just over 34.3 million, or only 2.5 per cent, of its 1.35 billion population as of Sunday, according to data from the government's Co-WIN portal.

Since India opened vaccinations to all adults this month, the pace of administering the shots has dropped with states saying they only have limited stock to give out.

Support has been pouring in from around the world in the form of oxygen cylinders and concentrators, ventilators and other medical equipment.