Indigenous communities from Australia and Canada have turned to renewable energy, which they say is more compatible with Indigenous values - and may help break the cycle of welfare.

They came from near and far to a two-day National Community Energy Congress at Melbourne Town Hall to discuss tackling energy issues in their communities.

Melina Loubicon-Massimo, from the Lubicon Cree First Nation in Canada, says her community has achieved incredible results with renewable energy.

"My community is severely impacted by fossil-fuel extraction, but we have decided to make our transition to renewable energy and have put up solar installations to power a health centre, a 20.8-kilowatt system," she said.

It's one of Alberta province's biggest solar projects, and it's built in one of the most unlikely places - in the heart of Canada's oil sands.

The 80-panel solar project was developed in a bid to create more green jobs and reduce reliance on fossil fuels.

But community energy projects are still in the early stages in Australia, says Kado Muir, director of the Katampul Aboriginal Corporation in Leonora, Western Australia.

"My community is going through putting on renewables, so, by June we'll have panels on our roofs and battery packs in the buildings," he said.

"We've got about nine or 10 buildings in a community of about 200 people, so hopefully by then people will be able to see a significant savings in their household budget." He's keen to help break the cycle of welfare via renewable energy.

"What we find is that the residents are on low incomes, socio-economic levels, and, therefore, a lot of their household expenditure goes on power," Mr Muir said.

"And what we're hoping to do with putting in, installing, the solar panels and the batteries is to reduce the household power expenditure."

It has become known as energy poverty, where a higher proportion of household income is spent on energy costs.

In some remote Indigenous communities, household energy bills can reach up to $2,000 per quarter.

Installing solar panels can contribute to a 75 per cent saving.

"They create jobs at a much higher rate than any other form of energy, like coal-fired power stations, and so those jobs tend to be where they're needed," Mr Nockolds said. "There's a great opportunity to create a local industry for these communities. Comment: If you want jobs and growth, renewable energy is the way to go

He says community energy organisations like Pingala are hopeful of overcoming the hurdles to getting those projects underway.

"We don't have the sort of supportive policy environment that's required to make these projects a straightforward process," Mr Nockolds said.

"Essentially, we're sitting at the junction of the heavily regulated energy industry and a heavily regulated financial sector. Throw in the complexity of dealing with social housing and local Aboriginal land councils and all of the complexity and regulation that overlays across the top, and we can see that it's very difficult to get that sort of project across the line (approved)."

But there were encouraging words from Ms Loubicon-Massimo, whose community in Canada has helped lead the way.

"(I) hope that other communities will be able to learn from it, because I know communities here want to transition to renewable energy," she said.

"And so it's my hope that, by sharing my story of our community, (it) will inspire other communities to know that they can be empowered to do the same and that it's possible. And I think renewable energy is a beacon of hope.

"It actually is more in line with Indigenous philosophy and values, because it's regenerative energy, it's not extracted, and it comes from an infinite source, not finite source." 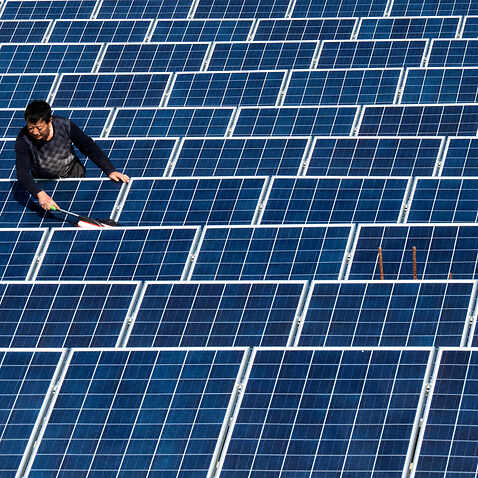 Insight: The Valley. What happens when a town’s major industry shuts down?