This is the final part in a series of reports from communities along NSW’s Darling River that have been impacted by water mismanagement and drought.

An Aboriginal community in rural NSW fears their culture may be lost, as dry conditions and low river flows threaten the future of the Darling River.

The Barkindji people have lived, hunted and passed down their oral history on the banks of the Darling for more than 40,000 years.

Now the river is drying up due to over-extraction by irrigation upstream and drought. The community's fears surfaced at a recent corroboree in the small town of Wilcannia, which was once a thriving Murray-Darling River port.

The Yaama Ngunna Barka corroboree had been travelling to towns along the river from Walgett to Menindee. The corroboree have been travelling to towns in outback New South Wales in a bid to raise awareness about the plight of the Darling river.
Aneeta Bhole

Lilliana Bennett can still recall her grandmother talking about taking the family down the riverbank to fish and hunt for goanna. The river was a place of safety and community for her family.

“It’s a place they go to relax, to tell stories,” she told SBS News.

“For me, it’s been really devastating, I mean we went down and camped by the river where there’s still a bit of water around and it just doesn’t have the same feeling, it’s dead water.” The Barkindji community say the water feels different and isn't as clear as it was when they were younger.
Aneeta Bhole

If young Aboriginal children have left home, Ms Bennett said, it is like a pilgrimage to come “back to country”.

“Most times of the year, we come out to connect with family, come out and see community,” she said. In rural Australia, people are struggling to access reliable water

“We’re seeing devastating environmental issues, fish deaths and the colour of the water is green, compared to when my dad was young and it was clear. 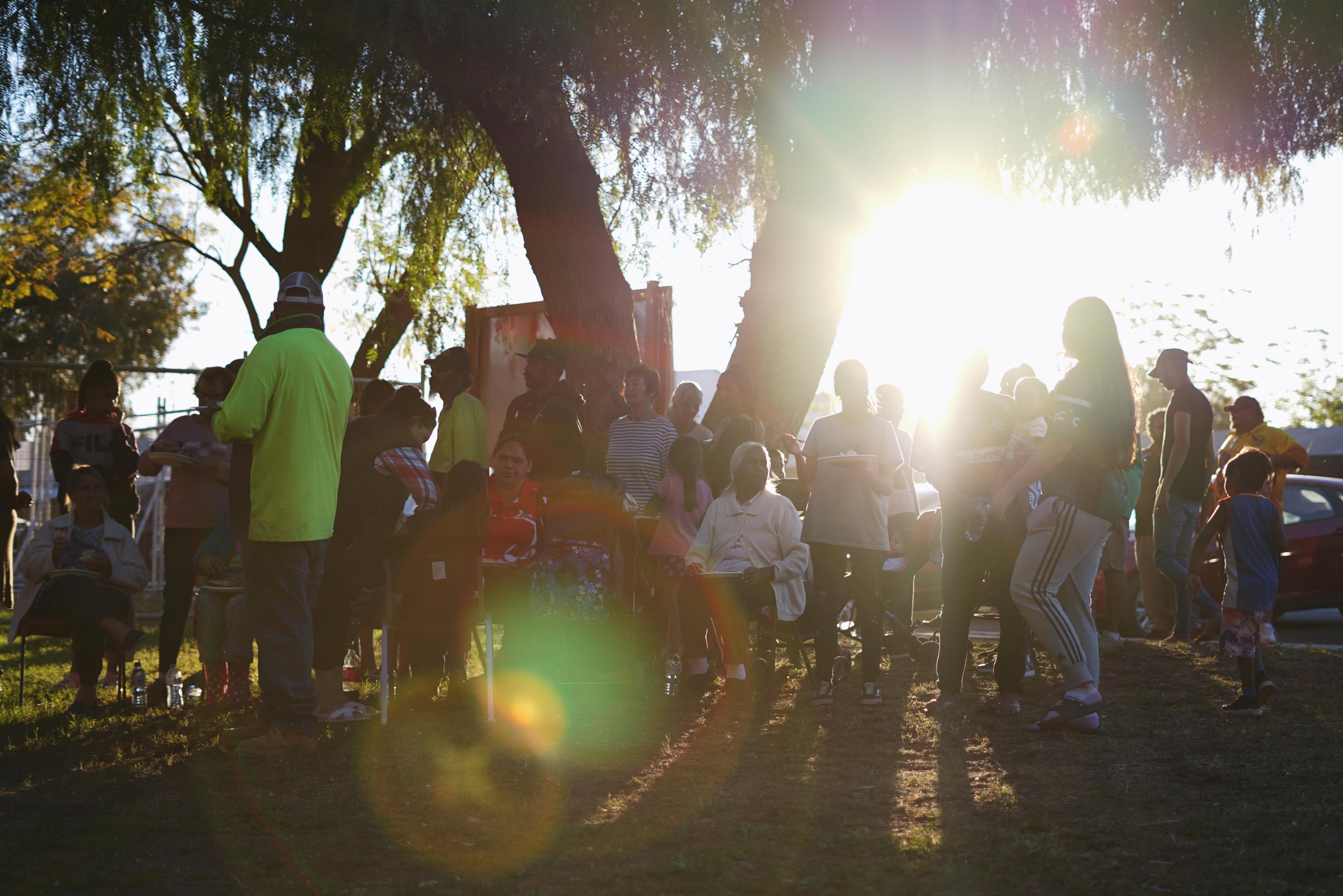 Barkindji people have lived, hunted and played on the banks of the Darling river for more than 40,000 years.

With water levels at an all-time low and the drought continuing to ravage the region, native animals have also started to disappear from the river banks. Many with spiritual significance.

“You're losing your identity, I've lived in Wilcannia all my life, grew up right here on the riverbank," said local man Michael ‘Smacka’ Whyman. Michael 'Smacka' Whyman is a Barkindji man and says seeing the river disappear is like watching his culture slip away right before his eyes.
Aneeta Bhole

“Our totems play a big part of our life, of who we are and what our dreaming stories are. They play a very important role in our culture and our song lines. He said the river communities along the river won’t rest until they get their water back.

“We’ve got to stop the spread of cotton farms in this country there’s way too many, it’s not sustainable,” he said.

“I can see that it’s not going to happen just to the Darling but other rivers too.” Eddy Harris swaps stories on the banks of the river with Barkindji elders and says his art helps him express his feelings about its devastating state.
Aneeta Bhole

River on the brink

As well as ancient oral traditions, art has played a key role in helping the Barkindji community express their distress about the state of the river.

Harris is a Barkindji artist with work on display at an exhibition in Sydney called River on the Brink.

“It just seems like no one is listening, so this is my way of saying how important this is to us to keep our culture alive,” he said.

“When I grew up as a kid, if the river got low you could see the fish swimming around in the clear water, water you could drink from the banks, it was just beautiful water.” Eddy Harris and Lilliana Bennett both want to see the Darling River returned to it's former glory.
Aneeta Bhole

The Barkindji community fought for Native Title of the land - covering 128,000 square kilometres — from Wentworth at the Victorian border to near Wanaaring in the state's north-west, including Broken Hill, Wilcannia, Menindee, Pooncarie and Dareton.

They started the claim in 1997 and won two decades later, but many have said without water flowing in the river they feel robbed. “What good is having land without water? They took away our beloved Barka [Darling River] they may as well have taken our native title right because they give us nothing,” said Barkindji elder William ‘Badger’ Bates.

“But with the native title we got rights for water, even if you don’t like us black people, back us up, for our native title cultural water because we are not irrigators, if we get it, the Barka will flow.” With the state of the river as it is some Barkindji people believe the next generations 'won't come back to country'.
Aneeta Bhole

The system takes in the the Barwon River, from upstream of Mungindi at the confluence of the Macintyre and Weir rivers, to where the Barwon meets the Culgoa River.

At this point the river channel becomes the Darling River and the Barwon–Darling system extends downstream to the Menindee Lakes.

It found that provisions that allow increased access to low flows resulted in poor ecological and social outcomes downstream of Bourke, including the town of Wilcannia where part of the Barkindji community live. The Barkindji community fought for Native Title of the land from 1997 to 2017 and won.
Aneeta Bhole

The NRC has made 17 recommendations, including one which has called for stricter regulation of when irrigators, including cotton farmers, can pump water from the river.

Mr Bates said he’d like to see a NSW royal commission to investigate the operations and effectiveness of the Murray-Darling Basin system.

“People should not rape the river, the river belongs to everyone, not just us Barkindji people,” he said. “We’ve made an Aboriginal position a legislated, permanent role on the Murray Darling Basin Authority Board (MDBA),” he said.

“Aboriginal communities will now have direct input into the management of Basin water resources.

Mr Littleproud said last year a $40 million fund was set up for Aboriginal communities to invest in water for cultural and economic uses.

“The Murray-Darling Basin will benefit from Indigenous expertise and stewardship within the MDBA as it continues its vital work of implementing the Basin Plan,” he said.