Carolyn saw no point in living - until Sarge came along and turned things around. Research reveals just how vital pets can be in improving the mental health of humans.

“Wayne was gone and I sunk into a very deep, dark hole.”

For the first time in 34 years, Carolyn Morrow found herself on her own after her beloved husband, Wayne, passed away.

“My children are adults, they’ve all grown up, they’re with their partners, they’ve moved out of home and I was alone and that was compounding my depression because there was just nothing … I couldn’t see a future, I couldn’t see anything because it was just a deep, dark, lonely place,” Carolyn told Insight.

It was after sitting down with a psychologist that Carolyn admitted the truth - she was done with living.

“I was not suicidal, I couldn’t take my own life, I didn’t think of that but I did think of not wanting treatment for an illness. Because I wanted out, I could not see a future at all.”

In a bid to bring some joy back into her life, Carolyn’s psychologist asked her to think of enjoyable things from her past that she could incorporate into her future. That’s when Eddie, the Golden Retriever Carolyn and her family used to own, sprung to mind. It was then that Carolyn decided she needed another dog in her life and so along came Sarge, or Large Sarge, as he’s affectionately known.

“Sarge is a boisterous boy but of course I’m his mother and I look through my rose-coloured glasses, and I think he’s just the most adorable goofball that there is,” 57-year-old Carolyn said. Carolyn says she no longer feels alone with Sarge following her around the house and into every room.
Insight

The effect of animal companionship

Research from the University of South Australia found that pets can help prevent suicide among people aged over 60.

Dr Janette Young and her team set out to discover how pets could positively affect the health of seniors. What the team didn’t expect was to hear back from participants who revealed suicide attempts or ideas around suicide - which were fortunately stopped once they became the owner of an animal.

“Pets offer a counter to many older people’s sense of uselessness,” Dr Young explained, after publishing the findings in the journal, Anthrozoos.

“Animals need looking after which creates a sense of purpose for older people and they also promote social connections with other people.”

But it’s not just older people that can benefit from pet ownership. People under the age of 60 can also enjoy improved mental health due to a pet - whether it’s a dog, cat, bird or even a lizard, according to Dr Young.

“I think in many ways it just highlights that as human beings we all bleed, we all share emotional needs and the need to feel needed and responded to and thought of by another being,” Dr Young told Insight.

“If life is feeling a bit off, having something warm and cuddly and engaging with you, another being that engages with you, it takes you out of yourself and provides distraction.”

“Aged care facilities operate 24/7, they could ensure an animal is being cared for, that’s my vision,” Dr Young said.

The coronavirus pandemic has halted Dr Young’s trial of this - something she hopes to resume in the near future.

At Whiddon Kelso residential care in regional NSW, pet chickens were introduced into the facility around four years ago.

Staff say they’ve seen a positive change in their residents who help care for the animals.

“The health and wellbeing effects that they have on people is fantastic,” Nicole Mahara, Director of Care Services, said.

“It reduces social isolation and also reduces depression which is fantastic in this age group.”

As for Carolyn and Sarge, life took an unexpected turn when two weeks after getting Sarge, Carolyn was diagnosed with bowel cancer.

Despite previously thinking she wouldn’t get treatment for an illness, Carolyn now had another life, one that was dependent on her, to consider.

While she waited for more detailed test results to come back, Carolyn also discovered that Sarge had a problem with his hip that would require surgery when he was around 16 weeks old.

“So that was the deciding factor. I thought I can’t offload a puppy that needs surgery so I think Sarge came into my life for a reason, to help me make the right decision as to have surgery and go ahead,” she said.

Today, the pair are both fighting fit and living life to the fullest. 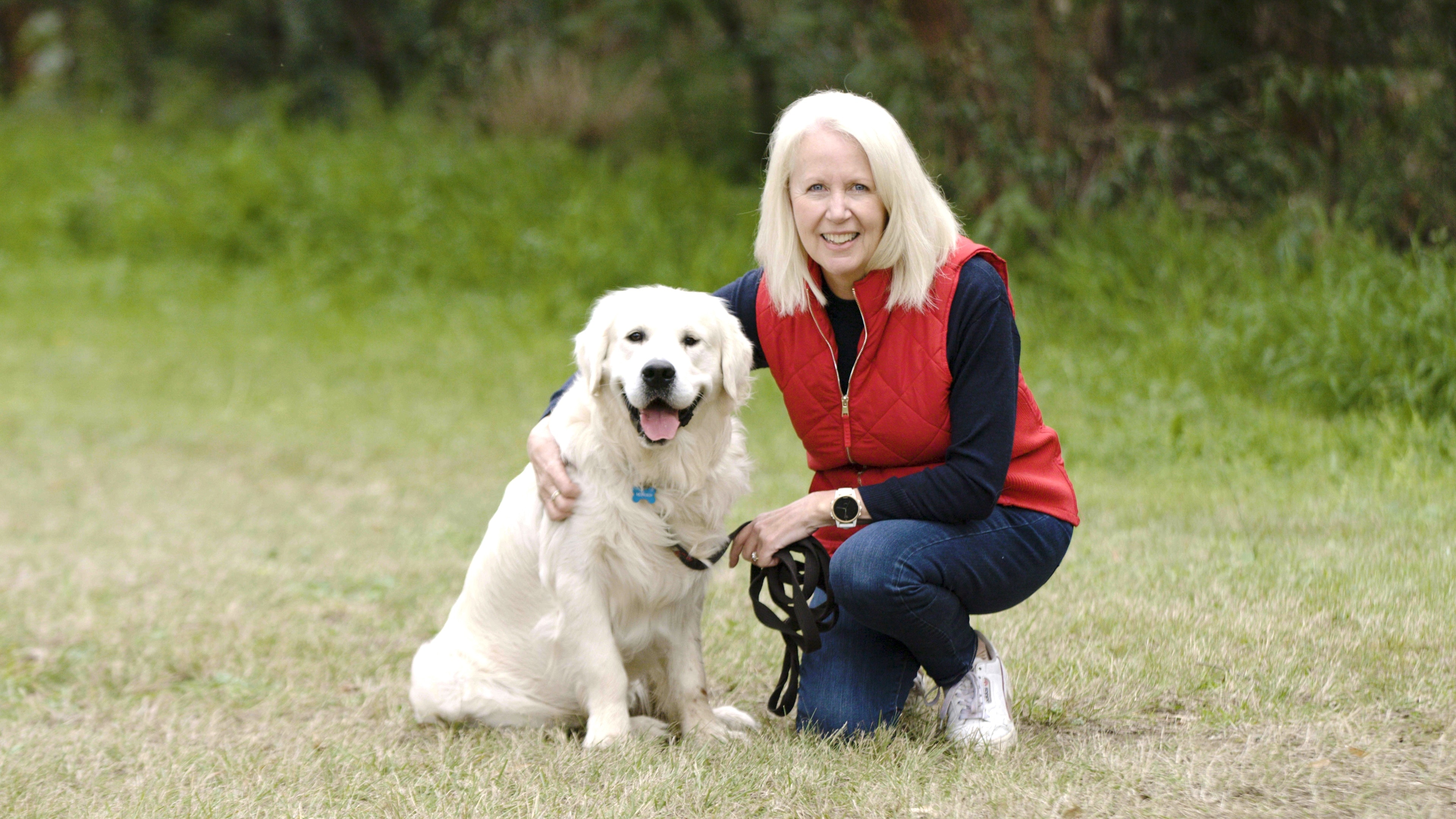 With Sarge by her side, Carolyn has found joy in her life again.
Insight

“A typical day when I was feeling at my worst would be pretty much spent on the couch in front of Netflix,” she explained.

“I didn’t want to leave the house, I was happy just to stay at home and do nothing basically, now with Sarge I can’t wait to get up of a morning, we love going to the dog park.

“Having Sarge I never feel like I’m alone anymore, he’s always here, no matter what room I’m in, he’s in, he’s just a great companion.”

But Carolyn isn’t planning to keep Sarge all to herself.

The mother of three realised that not everybody who is struggling is in a position to have an animal in their life. So she plans on training Sarge to be a therapy dog who can visit patients in mental health facilities as well as palliative care.

“...if Sarge can just give someone a moment’s pleasure I think that’s just a wonderful thing.”

“Whoever needs a big bear hug, Sarge and I will be there for them.”

Is there a right way to deal with grief?