A recent study has found that migrant women are particularly vulnerable to technology-facilitated domestic abuse. For anti-domestic violence campaigner, Arman Abrahimzadeh this is a tale close to home. 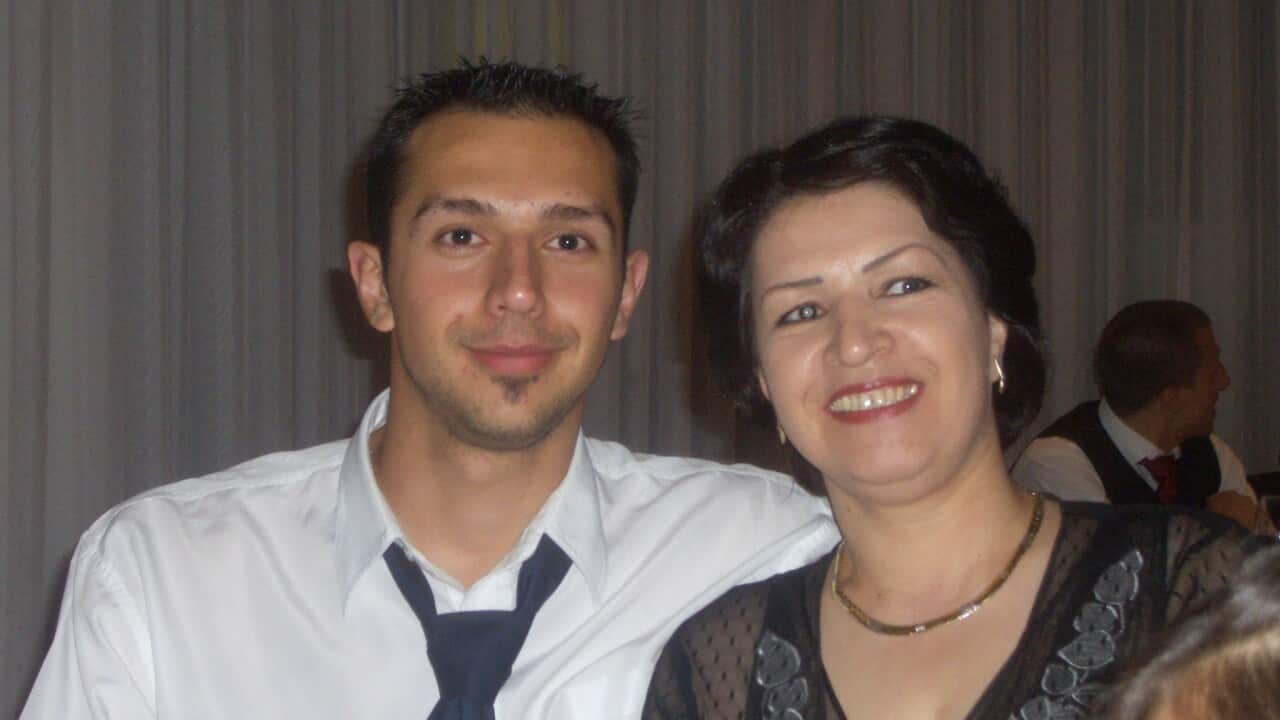 Arman and his mother Zahra. Arman's mother Zahra was murdered in front of 300 people, by his father Zia. Source: Supplied

On average once a week or so, someone reaches out to me seeking assistance or advice via email, social media or text message. The person reaching out is either a victim of
domestic violence
or is related, or friends with, someone who is a victim. They are doing their bit to help out a friend or family in need. Unfortunately they have a good reason to contact me, I understand the victim's situation all too well.

I grew up in a house where my father was the perpetrator of violence and my mother, my sisters and I were the victims.

My sisters Atena and Anita, my mum Zahra and I were all trying to find “safe” ways of escaping my dad who was basically holding us prisoners in our family home. Because of the size of the Afghan community in Adelaide, and also my dad’s profile in that community, it put us in a difficult position. We didn’t know who we could turn to and what the ramifications would be in the community for reporting him to the police.

Things got so bad that when I was 21-years-old, in February 2009, we were all threatened to be killed in our family home by my father. We weren't going to take the risk and find out if he would carry out his threat, instead we decided to pack our bags and run away, without my father knowing. While we were in hiding we knew my dad was watching us closely so we were careful of who we communicated with and how we communicated with them.

We were in hiding until March 21 2010 when my father tracked my mother down at the Adelaide Convention Centre and stabbed her to death in front of hundreds of witnesses at a Persian New Year celebration.

Ever since my mother’s death, I have been campaigning for policies, procedures and legislation to better protect women and children fleeing abusive homes. I understand the complexities of such incidents in family homes and relationships and I’m definitely not one to judge the victim nor the perpetrator and to jump to any wild conclusions.

My life a campaigner against domestic violence

It has now become a normal part of my life to be contacted to provide help with domestic violence issues, but recently I have noticed there are more people approaching me from CALD (
culturally and linguistically diverse
) backgrounds.

One thing that the majority of the stories have in common is that the victims have not gone to the authorities and have not sought legal assistance because they feel their cultural concerns won’t be understood and appreciated. I’ve heard this far too often but also experienced this myself.

A lot of these women find themselves fleeing abusive homes on their own, with limited support or none at all be it a result of getting ostracised from their communities for leaving their partners or as a result of the abusive partner limiting the victim’s use of technology.

The role of technology in domestic violence

Looking back at my family’s situation, my sisters and I had a mobile phone. My older sister Atena and I could text friends without any interference or repercussion from my father, we could call support services without my father knowing who we were in contact with. When we first fled from my father my mum was able to rely on my tech savvy sisters and I to use our phones to get help while at the same time trying to stay under the radar.

A lot of women don't have these options, even if they do have a mobile phone, the phone is used and controlled by their partner. I often hear stories where victims thought they were safe when they fled the abusive home, with their phones, only to find out their movement has been tracked by their abusive partner through that mobile device.

Zahra was murdered in front of 300 people, by his father Zia. Source: Supplied

I am no tech expert but have had confirmation from multiple expert sources that phones technically can’t be tracked when they are powered off. When you turn off your phone, it will stop sending and receiving signals and it can be traced only to the location it was in, when it was powered off.

There are apps suitable for smartphones and tablets that help women in abusive relationships. Some apps are state or demographic specific and are also password protected. The information they provide range from connecting victims to local shelters and legal assistance through to storing notes, audio, photos and videos which can be used as evidence.
Daisy,
SmartSafe+ and Positive Pathways are just a few examples of such apps.

If you are digitally isolated, try and organise a family member, a friend or even a neighbour to drop by and visit you on a regular basis. You don’t have to tell them anything if you don’t want to. Digital isolation doesn’t necessarily mean you are physically and socially isolated.

If you happen to be a friend, a family member or a neighbour who suspects there might be abuse taking place in a home, try dropping by for a casual coffee and a chat. Abuse is extremely difficult to confront and talk about however if a victim trusts a bystander there is a good chance they will open up.

These are some tips I’ve come across in my few years of advocacy, assisting women fleeing domestic abuse. My family and I had a motto before fleeing the family home, we hoped for the best but planned for the worst.

Arman Abrahimzadeh
OAM
and his sisters have also set up the
Zahra foundation
in the honour of their mother. The foundation assists South Australian women and children affected by domestic and family violence.