The forced adoption of Lesley resulted in a mother who suffered a nervous breakdown and never recovered and a daughter left searching for answers.

In the far North East of England during the mid 1960's , my mother Wendy left her tiny mining village of Dipton, to live in as a student nurse at Newcastle General Hospital.

Early in 1966, my mother and father met at a party held for the medical faculty. He was a young Indian Muslim Doctor and Registrar at another major hospital in Newcastle Upon Tyne. Over time my parents became very fond of one another and they embarked on a secret romance.

My mother’s family were Christian, my father’s were Muslim and so my parents felt their time together should be hidden to avoid any chance of family disapproval. They sensed their love was forbidden but towards the close of 1967, my parents were so deeply in love and felt determined to marry.

On realising my father had gone, my mother was in a terrible state and heartbroken, they had lost one another. My mother didn't have a forwarding address for my father, their forced separation came as a devastating blow and within weeks following his disappearance, she discovered she was pregnant with me. 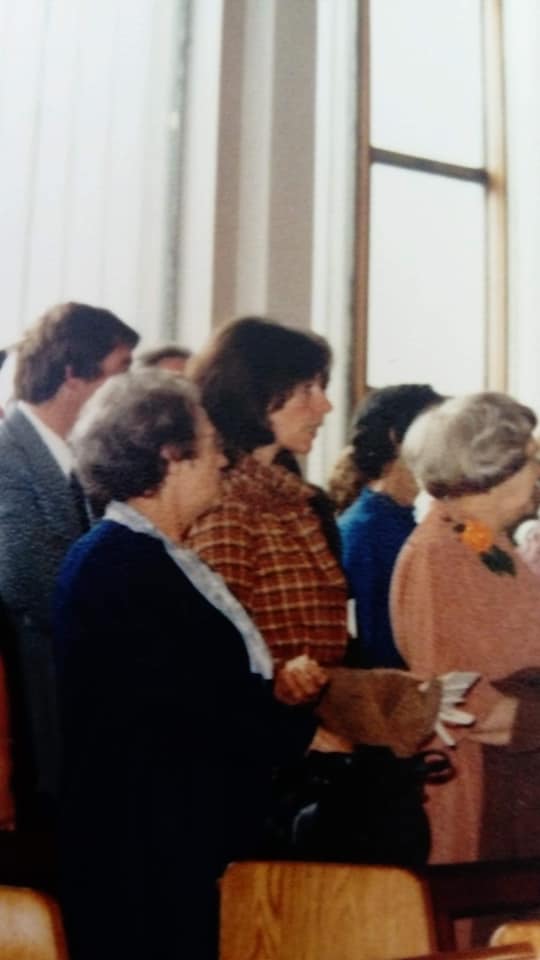 My mother was sent to an institution far away from her home where she was hidden from society's view during her pregnancy. She was vulnerable, isolated and shamed by society as a 'morally contagious' and 'fallen woman'.

Not only had my mother breached the Christian sex rule dictating no sex before marriage but she'd become pregnant with a mixed race baby to a Muslim man. She was locked away before being sent home with an empty womb and empty arms. To become a 'fit member' of society I was legitimised.

Mine was a forced adoption in 1968. My mother had become increasingly distressed post partum as she knew our fate. She did not want to surrender me and pleaded for my adoption to be called off. She became so hysterical that my adoption was postponed for two weeks. Another adoption day was set in stone and I was taken away forever.

My mother then suffered a complete nervous breakdown.

Such are the debilitating shackles of forbidden love. The outcomes have been far reaching for my mother and I.

Over time, my mother developed an array of severe mental illnesses. She never recovered from the nervous breakdown and loss and she became anorexic. She developed acute Obsessive Compulsive Disorder in the form of chronic hoarding. She even hoarded her perishable rubbish inside her home as she was afraid of touching the bins outside. My mother's neighbours would hear light switches being turned on and off repeatedly through the walls. My mother wore dainty lace gloves in public to hide away her sore hands which were red and raw from the constant hand washing. My mother never had another boyfriend, she never married and she never had another baby.

My life without my mother was acutely painful as I truly needed her, the searching for her was agonisingly slow and eventually I found her grave. My mother died in 2008 under suspicious circumstances, her injuries were consistent with a physical attack. An inquest was held into her death then it was closed as an open verdict.

Such are the debilitating shackles of forbidden love. The outcomes have been far reaching for my mother and I. If he is alive, my father would be 83 years old by now but with no idea he made a baby with the forbidden love he and my mother shared. I was a Catholic nun for 22 years, then I fell in love with a fellow nun