Iraqi special forces and police fought Islamic State militants to edge closer to the al-Nuri mosque in western Mosul on Tuesday, tightening their control around the landmark site.

The close-quarters fighting is focused on the Old City surrounding the mosque, where Islamic State leader Abu Bakr al-Baghdadi proclaimed a caliphate nearly three years ago across territory controlled by the group in both Iraq and Syria.

Heavy sustained gunfire could be heard from the Old City area, where militants are hiding among residents and using the alleyways, traditional family homes and snaking narrow roads to their advantage, fleeing residents say.

Tens of thousands of Mosul residents are trapped inside homes, caught in the fighting, shelling and air strikes as Iraqi forces backed by a US-led coalition advance in the west. 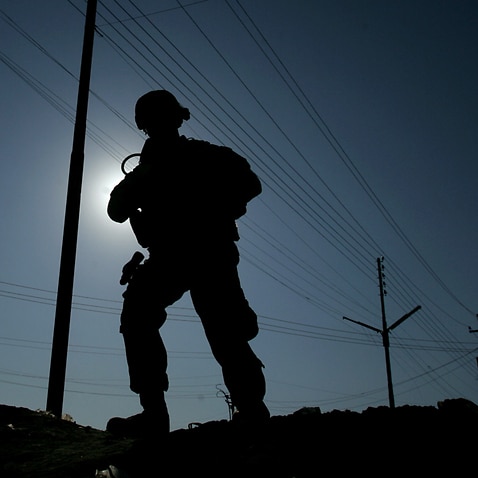 US service member killed outside Mosul

The United Nations believes up to half a million people remain in the area, 400,000 of whom are in the Old City with little food, water and medicine.

Meanwhile, a number of families who returned to their homes in Nabi Sheet neighbourhood in west Mosul saying that the situation there is better than life in the refugee camps.

A top Iraqi commander expects to dislodge Islamic State from Mosul in May despite resistance from militants in the densely populated Old City district.

The battle should be completed "in a maximum of three weeks", the Iraqi army's chief of staff, Lieutenant General Othman al-Ghanmi, was quoted as saying by state-run newspaper al-Sabah on Sunday.

A US-led international coalition is providing air and ground support for the offensive in the country's largest northern city, which fell to hardline Sunni Muslim fighters in June 2014.

Islamic State has lost most districts since the offensive began in October and is now surrounded in the city's northwest. 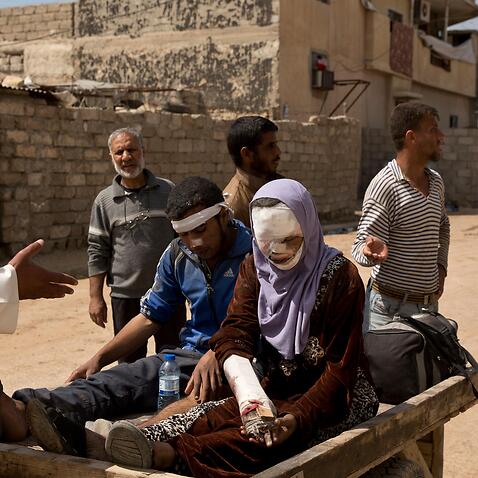 The United Nation believes up to half a million people remain in the area still controlled by the militants in Mosul, 400,000 of which are in the Old City with little food and water supply and no access to hospitals.

The militants have dug in between the civilians, often launching deadly counter- attacks to repel forces closing in on the Old City's Grand al-Nuri Mosque.

It was from this mosque, famous for its leaning minaret, that the group's leader, Abu Bakr al-Baghdadi, declared a caliphate over parts of Iraq and Syria.

Mosul was by far the largest city to have fallen under his control in both countries.

A Federal Police brigade commander and 18 other members of the interior ministry force were killed in attacks on two positions at the edge of the Old City on Friday, military sources said on Sunday.

Federal Police took back the two positions on Saturday but the interior ministry has sacked a top commander for failing to fend off the counter-attacks, the sources said.

The US-trained Counter Terrorism Service and Federal Police are the main forces fighting inside Mosul. Regular Iraqi army units are taking part in battles outside the city, alongside Shi'ite volunteers trained and armed by Iran, Kurdish Peshmerga fighters and Sunni tribes. 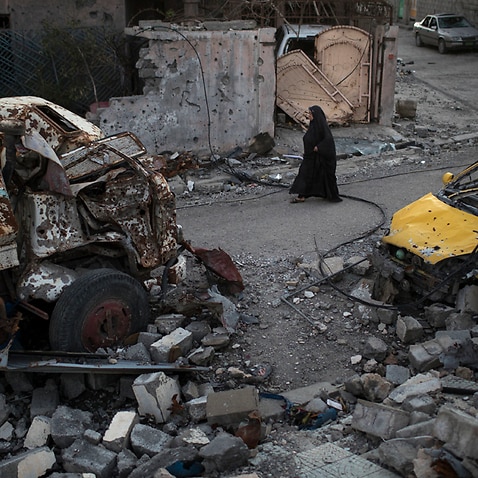