Students at Cabramatta High School in Sydney's south west were treated to ‘Healing through Evan Yako drumming’ and a talk from a pioneer of the gay rights movement in Australia.

March 21 is Harmony Day in Australia, where schools, community groups and businesses celebrate diversity and multiculturalism.

Australia is considered one of the most multicultural countries on earth - with more than seven-and-a-half million migrants calling it home since 1945.

A school in Sydney's south western sydney, one of the most culturally diverse regions in the country, marked the day with traditional dance performances and speeches.

One of those speakers was refugee turned drum teacher, Evan Yako, who said the day should celebrate respect and unity.

“It doesn’t matter colour of your skin, what religion you follow, or what you eat at home, when we are together, we are one. That’s what Harmony Day means to me,” he said.

After fleeing war in Iraq, Evan spent his childhood as a refugee moving between countries in Europe before finally settling in Sydney when he was 15.

Despite a childhood marked by displacement and being forced to make drums out of old buckets, his love of drumming never faltered. 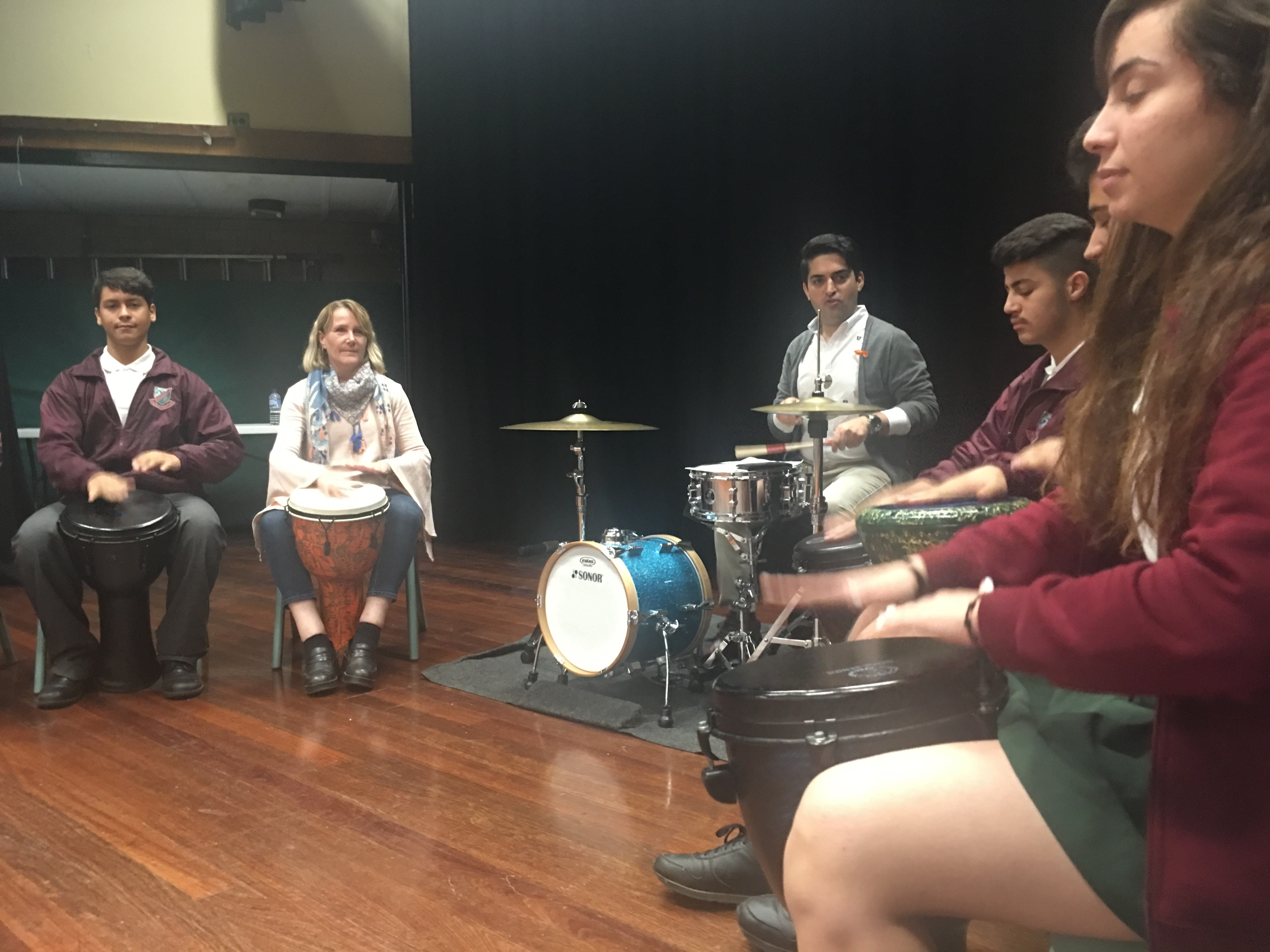 “The only thing that made me happy since I was a baby, was drumming.”

“It took me 14 years for me to have my first drumsticks. I remember I went home and I couldn’t sleep. I put them under my pillow... I was so excited,” he said.

His passion for music is now being passed on to migrant and refugee students through his program ‘Healing through Evan Yako drumming’.

Called ‘therapy drumming’, Evan said his students can express their trauma and anger through music.

“Music is the only language everybody can understand," he said.

'Every day should be Harmony Day'

With over 25,000 events staged since 1999, Harmony Day is also shared with United Nation’s International Day for the Elimination of Racial Discrimination. “Young people should try to be open, even try to put their pride to the side, and listen to the other person’s perspective,” he said.

At a school that boasts over 48 different cultural backgrounds, he said the sentiments of the day should not be confined to just March 21.

“It’s good that we assign a day to have Harmony Day but it’s also kind of frustrating. Every day should be Harmony Day,” he said.

Teachers and parents also took on the challenge to bake cakes from all over the world to give their support to the occasion.

Baklava, Indian doughnuts 'Gulab Jabun' and lamingtons were just some of the cultural treats on the menu for the children.

With a school of over 1,500 students, family and friends made over 4,000 individual pieces of cake, just to be sure every child could feel included.

A new addition to the school's celebration was a speech by LGBTIQ+ advocate and Mardi Gras co-founder, Sally Colechin, who said diversity is broader than just where people were born. 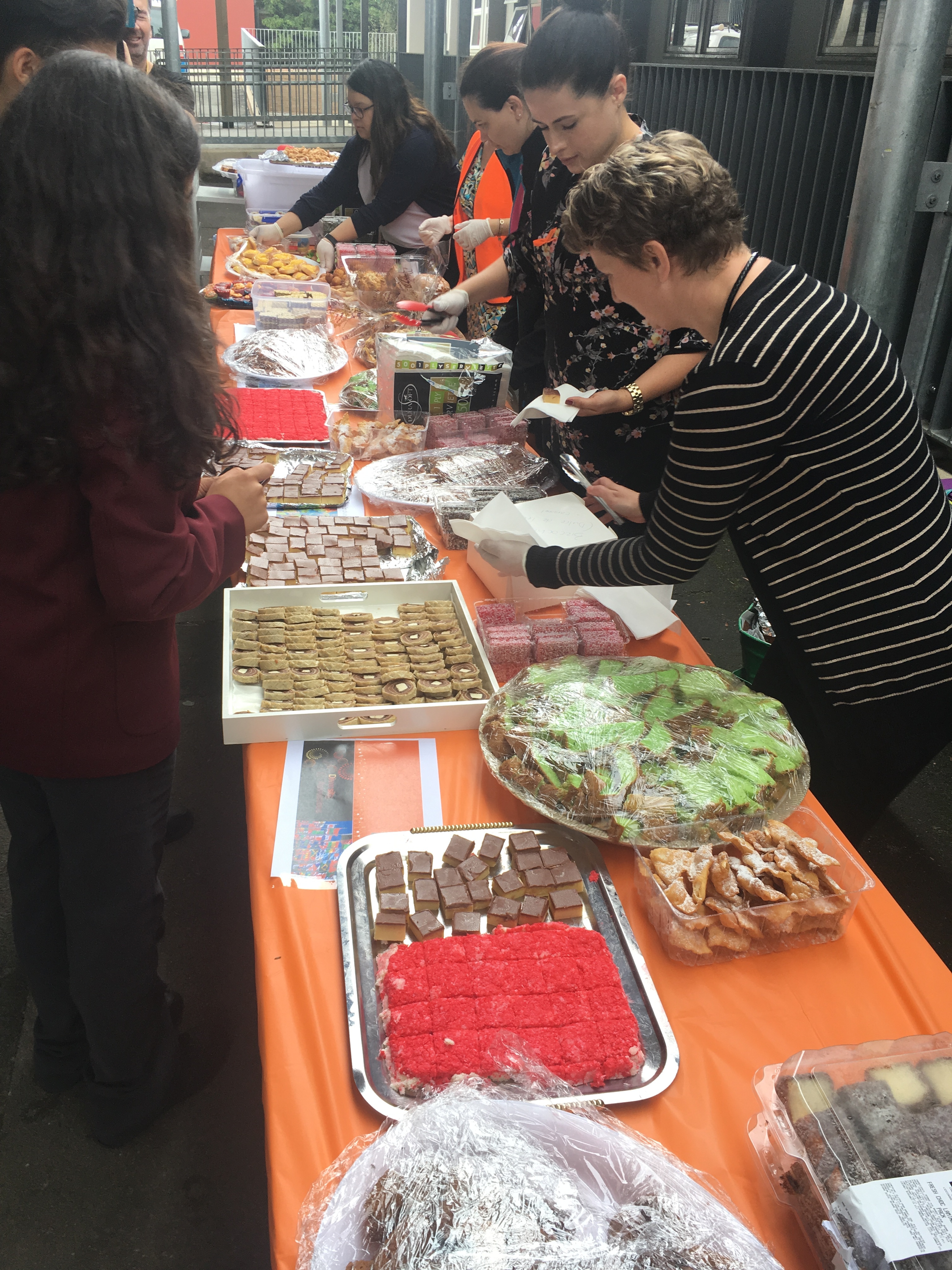 An array of treats from across the globe.
Supplied

“Diversity in the 21st century stretches far beyond culture and religion, to sexuality, and to the realities that unfortunately we don’t have an equal society,” she said.

In a report by the National LGBTI Health Alliance, 61 per cent of LGBTIQ+ young people reported experiencing verbal abuse.

As a pioneer of the gay rights movement in Australia, Sally said Harmony Day should encourage students to be who they are, and for others to embrace that.

But she also said there is more work to be done.

“Even though it’s the 21st century we don’t really have equality,” she said.

“I think the fact that schools are broadening the notion of diversity is fantastic. I really hope more schools take it up.”

With more and more schools joining in on the celebrations, there is no doubt next year will be even bigger.

23 mins ago US Politics