An American adventurer and Christian missionary has been killed by a remote tribe who fired arrows at him as he approached the isolated island.

Members of one of the world's last tribes untouched by modern civilisation have killed an American adventurer and evangelist who ventured illegally onto their remote island, Indian police said Wednesday.

John Allen Chau, 27, was hit by a hail of arrows as he set foot on North Sentinel Island, part of the Indian Andaman Islands, last Saturday, official sources told AFP.

"He was attacked by arrows but he continued walking. The fishermen saw the tribals tying a rope around his neck and dragging his body," the source said.

"They were scared and fled but returned next morning to find his body on the seashore."

North Sentinel is home to the Sentinelese people, believed to number only around 150. To protect their way of life, foreigners and Indians are banned from going within five kilometres.

He was illegally ferried to the island by fishermen, Dependra Pathak, the director general of police in Andaman and Nicobar, told Reuters.

Some Indian media suggested that Chau was a missionary seeking to convert the islanders to Christianity but a local policeman told the News Minute website this was inaccurate.

"He was on a misplaced adventure in (a) prohibited area to meet uncontacted persons," Dependra Pathak told the website.

Media reports also said the fishermen told a preacher in the main town of the Andamans, Port Blair, about the incident and the preacher contacted Chau's family in the United States.

A spokesperson for the US consulate in the southern Indian city of Chennai told AFP only that they were aware of "reports concerning a US citizen in the Andaman and Nicobar Islands". 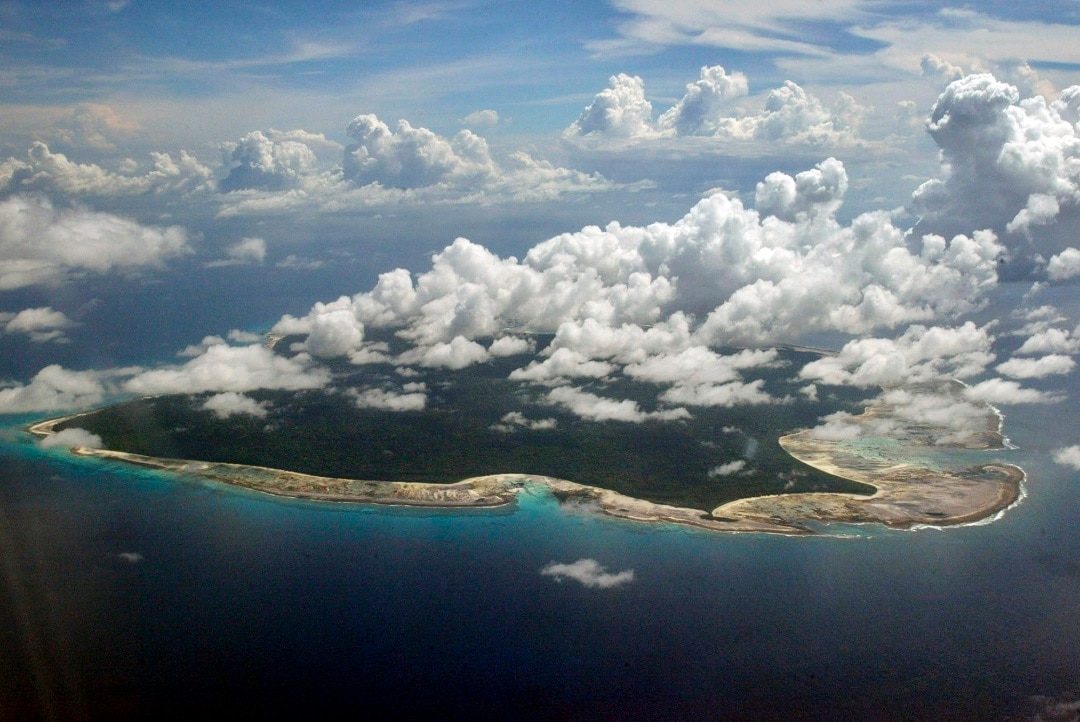 North Sentinel Island, in India's southeastern Andaman and Nicobar Islands where an American was killed by an isolated Indian island tribe.
AAP

'He ventured on his own free will'

Chau's family posted a tribute on his Instagram and said they forgave those "reportedly responsible for his death".

"He was a beloved son, brother, uncle, and best friend to us," the statement read.

"We forgive those reportedly responsible for his death. We also ask for the release of those friends he had in the Adnaman Islands.

"He ventured on his own free will and his local contacts need not be persecuted or his own actions."

Chau's social media posts identify him as an adventurer and explorer. Responding to a travel blog query about what was on the top of his adventure list, Chau said: "Going back to the Andaman and Nicobar Islands in India."

Chau also said in the blog: "I definitely get my inspiration for life from Jesus."

Based on his social media posts, Chau appears to have visited India multiple times in the last few years, exploring
many parts of southern India and preaching in some places too.

The Andamans are also home to the 400-strong Jarawa tribe who activists say are threatened by contact from outsiders. Tourists have previously bribed local officials in a bid to spend time with them.

But the Sentinelese still shun all contact with the outside world and have a record of hostility to anyone who tries to get close.

In 2006, two Indian fishermen who moored their boat to sleep were killed when the vessel broke loose and drifted onto North Sentinel, according to Survival International, a group protecting tribal people's rights.

The Sentinelese hunt and gather in the forest, and fish in the coastal waters.

The island was hit by the devastating 2004 tsunami that swept across the Indian Ocean but not much is known about the impact it had on the reclusive inhabitants.

After the tsunami one member of the tribe was photographed attempting to fire an arrow at an Indian Coast Guard helicopter.

Indian authorities make periodic checks on the tribe from boats anchored at a safe distance from shore.

Survival International, based in London, said that the "tragedy" of the American's death "should never have been allowed to happen".

"The Indian authorities should have been enforcing the protection of the Sentinelese and their island for the safety of both the tribe and outsiders," it said. The Sentinelese stand guard on an island beach.
Survival International

"Instead, a few months ago the authorities lifted one of the restrictions that had been protecting the Sentinelese tribe's island from foreign tourists, which sent exactly the wrong message, and may have contributed to this terrible event."

"Why are they so angry?"

Pathak said a Coast Guard vessel with police and experts on the tribe had gone to scout the island and formulate a plan to recover Chau's body.

Chau made two or three trips to the island by canoe from Nov. 15, making contact with the tribe but returning to his boat. He told the fishermen on Nov. 16 he would not come back from the island and instructed them to return home and pass on some handwritten notes he had made to a friend, Pathak said.

The next morning they saw his body being dragged across a beach and buried in the sand, the police chief said, adding: "This was a misplaced adventure in a highly protected area."

A source with access to Chau's notes said Chau had taken scissors, safety pins and a football as gifts to the tribe.
In his notes, the source said, Chau wrote that some members of the tribe were good to him while others were very aggressive.

"I have been so nice to them, why are they so angry and so aggressive?" the source quoted Chau as saying.

Reuters was unable to immediately trace contact details for Chau's family or a representative.

The source, who asked not to be named, said Chau wrote that he was "doing this to establish the kingdom of Jesus on the island...Do not blame the natives if I am killed."

Since the Indian authorities keep away from the island, it was unclear whether Chau's killing will have legal repercussions.

Indian police said a murder case had been registered against "unknown" tribespeople and that six fishermen and one other person were arrested.

"The investigation in this matter is on," senior police officer Deepak Yadav said in a press release.

Police official Pathak said the authorities were consulting "anthropologists and tribal welfare experts" to work out how best to retrieve the victim's body.