Catalans Dragons have invited the local LGBTQI+ group to their Super League match against Salford in Perpignan in a show of goodwill.

Israel Folau's Catalans Dragons have invited a local LGBTQI+ group to their Super League match against Salford on Saturday as a show of goodwill.

The French club was accused of preventing rainbow flags being flown at their last match by Castleford fans who wanted to demonstrate their support for gay issues in the light of the controversial signing of Israel Folau.

Folau, who was signed despite widespread opposition, claimed that "hell awaits gays" and was sacked by Rugby Australia last May for posting homophobic comments on social media. 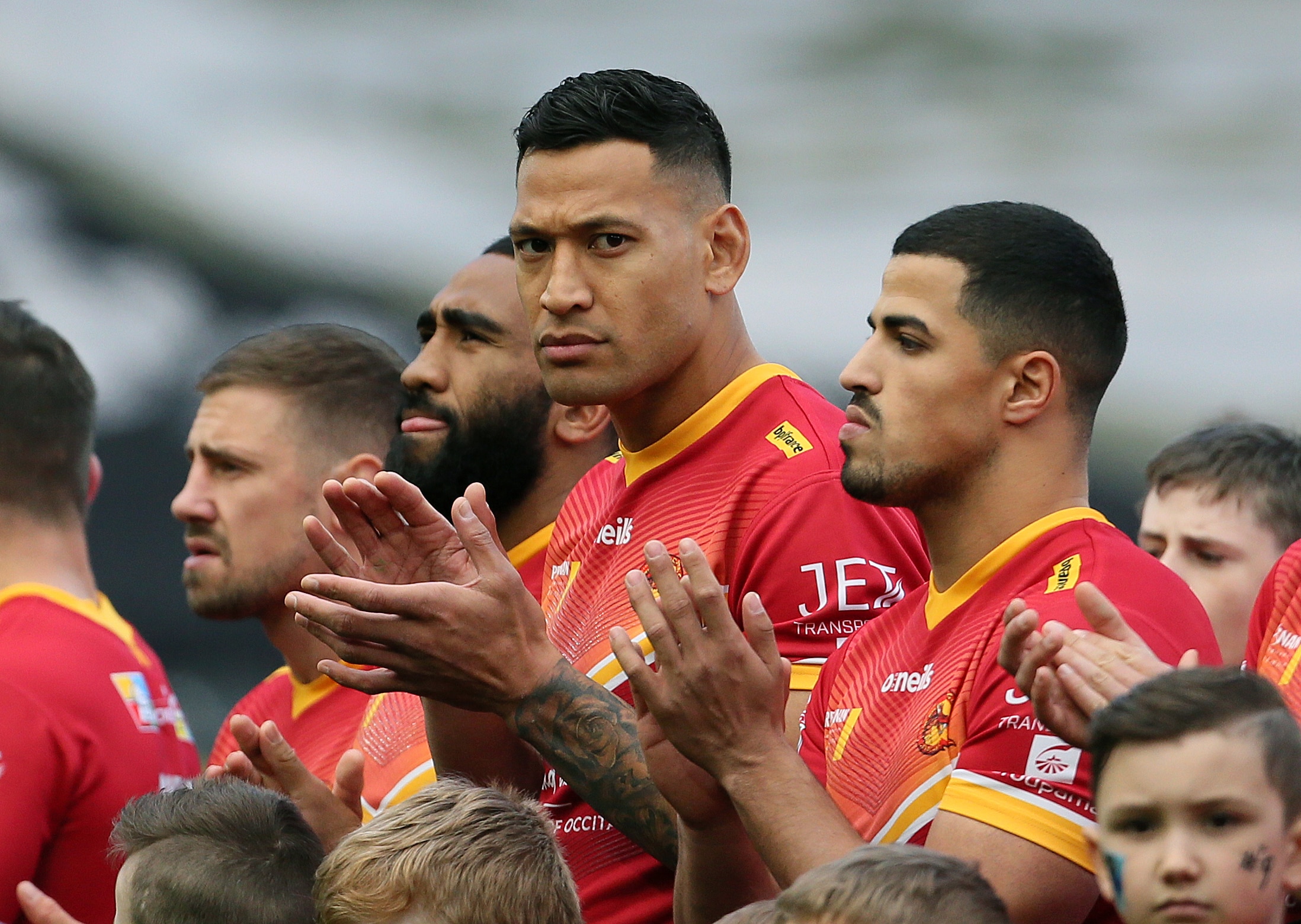 The Catalans, who say they do not agree with Folau's views, insist flags are welcome at Stade Gilbert Brutus and were later cleared of any wrongdoing by the Rugby Football League, who advised the club to take action to prevent any further confusion over stewarding.

Now the Dragons have extended their hand of friendship to the Perpignan branch of the national LGBTQI+ Association and a spokesman said the group would have an information stand at Saturday's game against the Red Devils.

"We had a meeting earlier this week with them and it was really positive," said the spokesman. "They understood our position and the reasons we organised this action.

"In fact, they invited us in the press to open the discussions so we replied. We all want to build something positive.

"It was important to show our stadium is a place of friendship, warmth and hospitality, in particular after the bad buzz created by the fake story of the Castleford Tigers fan."

Folau, who has signed a 12-month contract, is set to make his third appearance for the Catalans.