The US decision on Wednesday to ground the Boeing 737 MAX came after authorities noted similarities between two recent crashes, eerily echoing reports from American pilots who complained of problems with the plane late last year.

At least four US pilots filed reports following the October crash of a Lion Air flight in Indonesia shortly after takeoff; and all complained the aircraft suddenly pitched downward, according to documents reviewed by AFP on a flight safety database.

The Lion Air crash that killed 189 people was attributed to the flight stabilization system designed to prevent the aircraft from stalling, the "MCAS."

No bodies were recovered from the Ethiopia Airlines crash site.
AAP

The Federal Aviation Administration said on Wednesday new evidence and satellite data indicated similarities with Sunday's crash of an Ethiopian Airlines 737 MAX 8 minutes after takeoff, killing all 157 people on board.

That link "warrants further investigation of the possibility of a shared cause for the two incidents," the FAA said in the emergency order grounding the 737 MAX 8 and MAX 9 aircraft.

Dozens of airlines and governments around the world had already taken that step.

The cause of the tragedy in Ethiopia has not been determined, although the black boxes with critical data and recordings of the pilots were retrieved Monday and are due to be shipped to France for analysis.

Boeing already announced it was working on an update to its flight software and training on the aircraft.

One pilot on a US carrier reported an incident in November 2018, just weeks after the Lion Air crash, saying the plane "pitched nose down" two to three seconds after engaging the autopilot following takeoff, according to the report on the Aviation Safety Reporting System, maintained by NASA.

"The captain immediately disconnected the autopilot and pitched into a climb," the report said. "The rest of the flight was uneventful."

The flight crew reviewed the incident "at length... but can't think of any reason the aircraft would pitch nose-down so aggressively."

Another pilot on a flight in November said the crew discussed concerns about the aircraft, following the Lion Air crash, and "I mentioned I would engage the autopilot sooner than usual."

But again once engaged, there was a quick automated warning of "DONT SINK DONT SINK!" 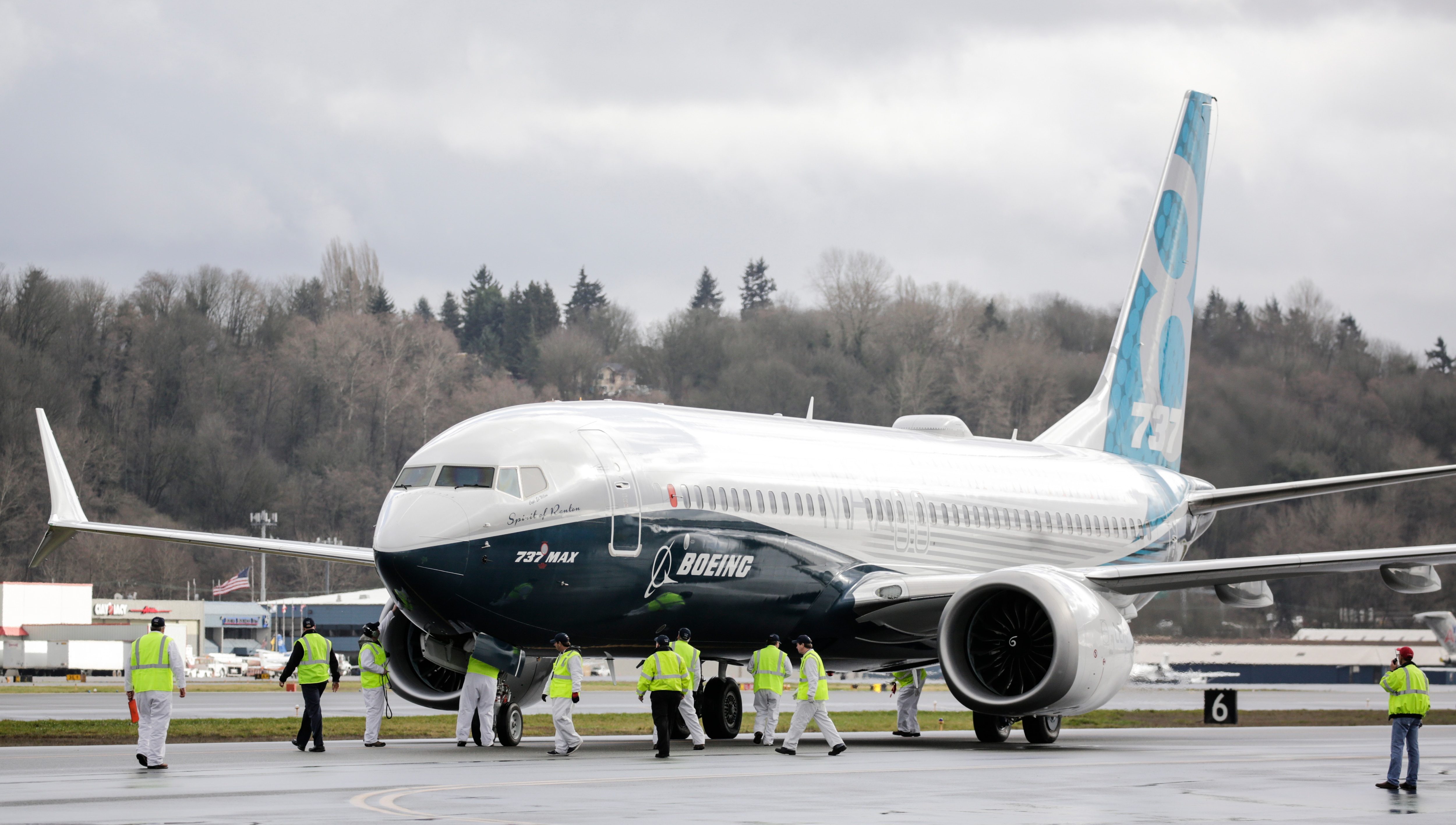 "I immediately disconnected the AP (autopilot) ... and resumed climb," the officer said. But after review, "frankly neither of us could find an inappropriate setup error."

"With the concerns with the MAX 8 nose-down stuff, we both thought it appropriate to bring it to your attention."

The ASRS is a voluntary system of reports that allows research to "lessen the likelihood of aviation accidents."

The Lion Air accident had focused attention on Angle of Attack (AOA) sensors connected to the aircraft stabilization system. A malfunction of these systems may erroneously correct the path by pitching the aircraft down due to a mistaken assessment that the aircraft is in a stall.

Andrew Hunter, a defense industry expert at the Centre for Strategic and International Studies, said while Boeing and the FAA have good track records on addressing safety concerns, sometimes the combination of automated systems and humans do not work smoothly. "It is hard to get a system to work seamlessly with human beings," he told AFP.

"The fact the system was fighting the pilot was not an unintended consequence," because it should counteract a pilot error and correcting this is "challenging".

"I'm not sure the fix here was quite so easy," Mr Hunter said.