As part of Corroboree 2000, more than a quarter of a million people walked across the Sydney Harbour Bridge on 28 May 2000 to show their support for meaningful reconciliation between Australia’s Indigenous and non-Indigenous peoples.

Renee Coffey was feeling deflated as she crossed the Sydney Harbour Bridge at the front of the Walk for Reconciliation back in 2000.

Then the 18-year-old turned around.

“Because we were at the front, I couldn’t see how many people were there. It was cold and the crowds felt sparse,” she told SBS News.

“As we got to the top of the bridge, I looked back. I’ll remember it for the rest of my life. That iconic image of the bridge packed with people.”

She was witnessing what is, 20 years on, recognised as a defining moment in the tortured history of Indigenous affairs in Australia.

“It gave me goosebumps. It was powerful,” said Ms Coffey, who is now an Indigenous education advocate. 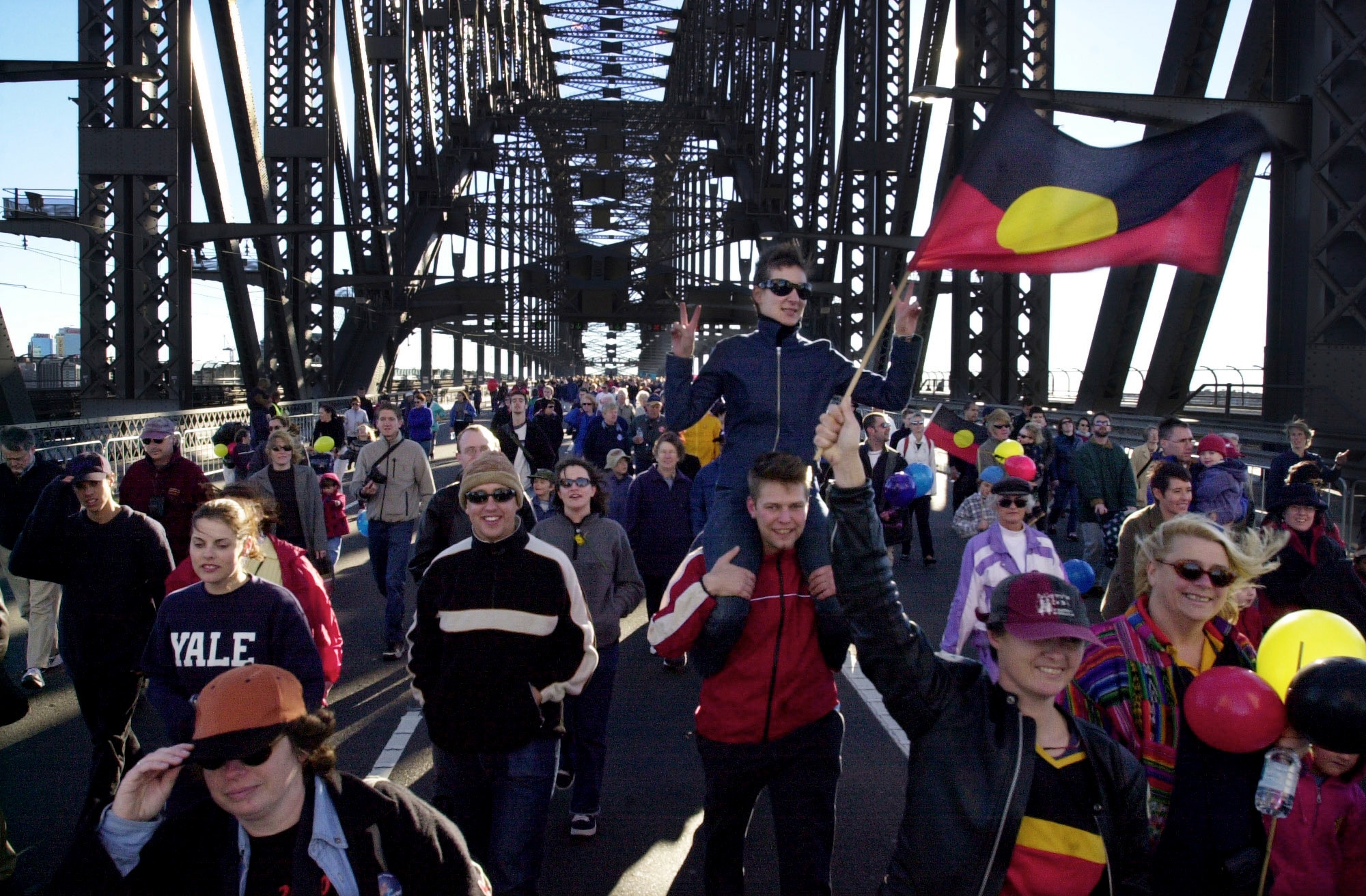 Crowds streamed across the bridge to signify a desire to seek reconciliation between Indigenous and non-Indigenous peoples.
AAP

About 250,000 people walked across Sydney Harbour Bridge on 28 May 2000 to show their support for meaningful reconciliation between Australia’s Indigenous and non-Indigenous peoples.

The thick stream of bodies took almost six hours to flow across the bridge, with the National Museum of Australia later describing it as the “largest political demonstration ever held in Australia”. 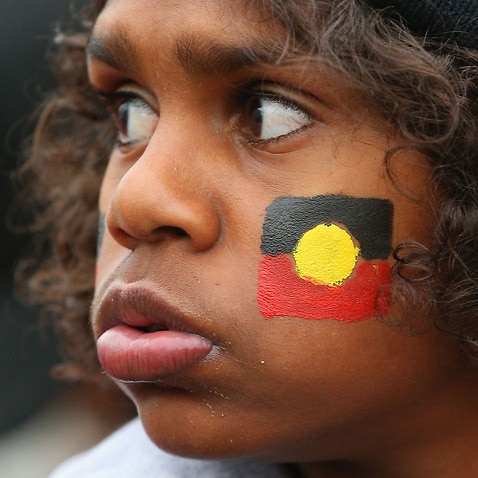 It followed an Opera House meeting of high-profile Indigenous and non-Indigenous leaders where two documents were presented with the centenary of Federation in 2001 in mind: the Australian Declaration Towards Reconciliation and the Roadmap for Reconciliation.

Part of the declaration stated: "Our hope is for a united Australia that respects this land of ours; values the Aboriginal and Torres Strait Islander heritage; and provides justice and equity for all".

Similar events to the bridge walk took place in towns and cities around Australia in the weeks that followed. About 60,000 people walked together across the William Jolly Bridge in Brisbane, before 300,000 people marched in the streets of Melbourne.

Reconciliation Australia chief executive Karen Mundine remembers feeling like Australia was on the brink of achieving something special. 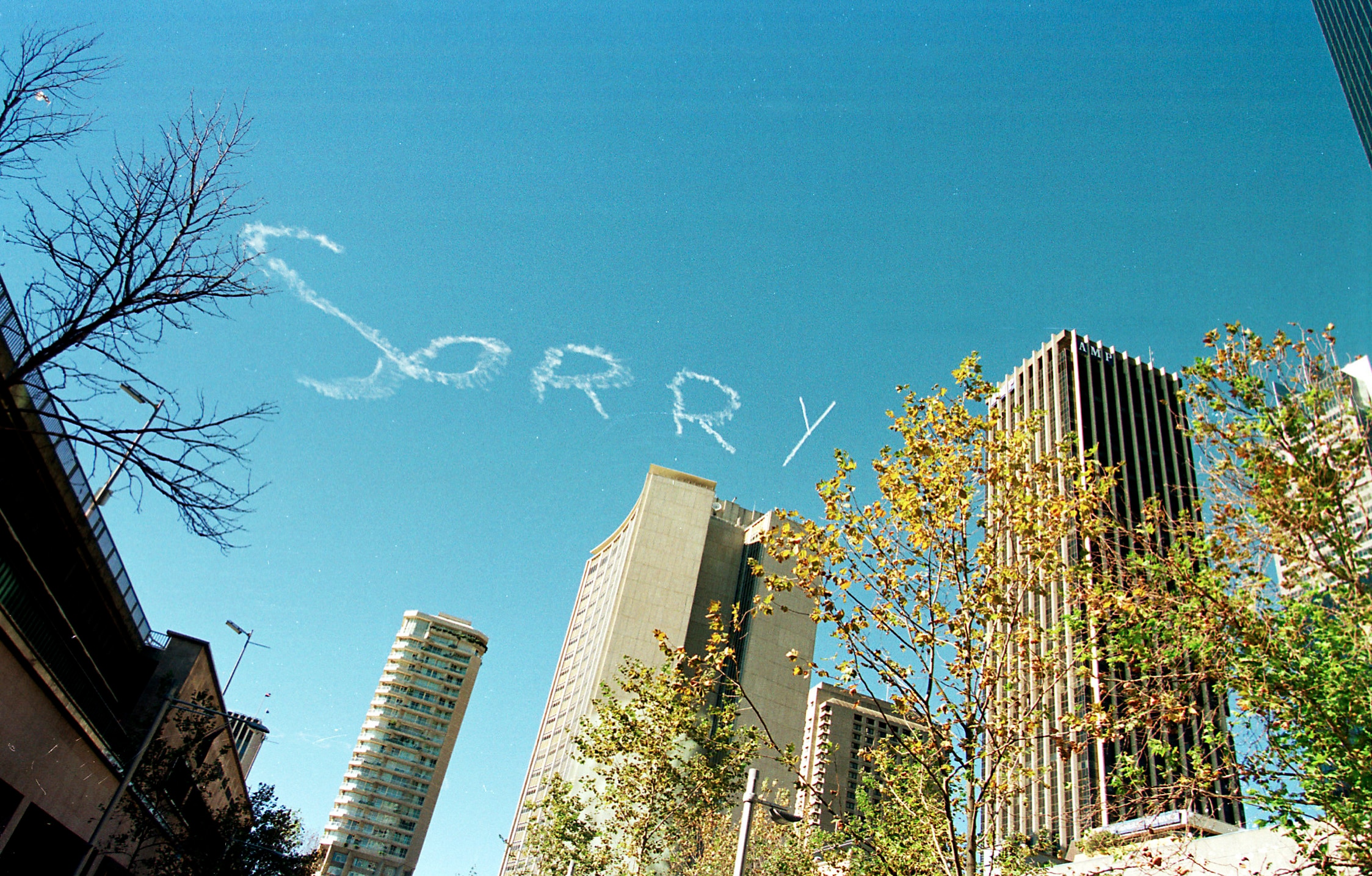 Crowds of people crossing the bridge cheered when a plane wrote 'sorry' over the Sydney skyline.
NEG

“It was the cusp of a new century, the Olympics were on the way, and there was certainly a general air of excitement, change, and in Aboriginal and Torres Strait Islander affairs, a sense of historic momentum,” she said. 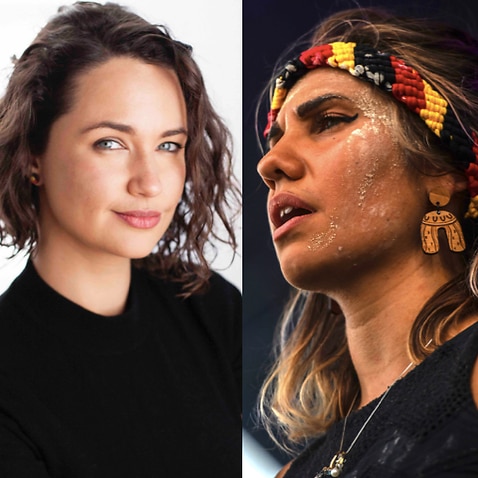 “I have crystal clear memory of walking across the Sydney Harbour Bridge that day with my family, including my grandfather and my mum,” she said.

“Those hundreds of thousands of people who voted with their feet for reconciliation, who marched across bridges, were ready for something more.

“Once they’d crossed the bridges there was no turning back, they were ready to take bigger steps.” 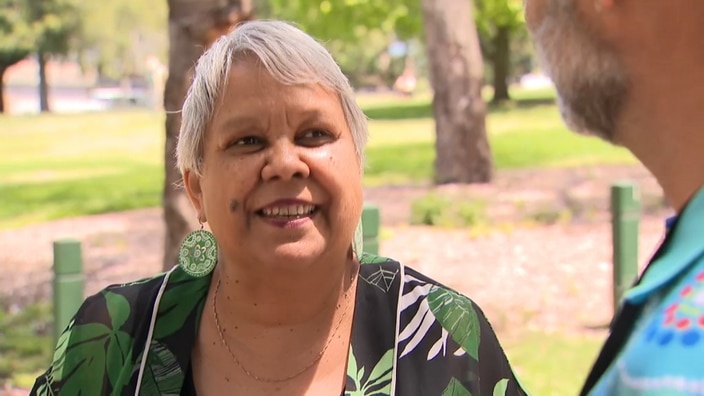 The theme of this year's National Reconciliation Week, which begins on Wednesday, is 'in this together'.

Author Jackie Huggins, the former co-chair of Reconciliation Australia, said Corroboree 2000 was a milestone event but two decades on, there are still vast inequalities that needed to be fixed.

“Twenty years down the track has much changed? In some ways, yes, but mostly no,” she said.

“We still have even worse statistics in terms of housing, health, incarceration, family violence.

“We know the people are there, and the feeling is still there, now we just need to reignite that sense of effort. It never went away.” 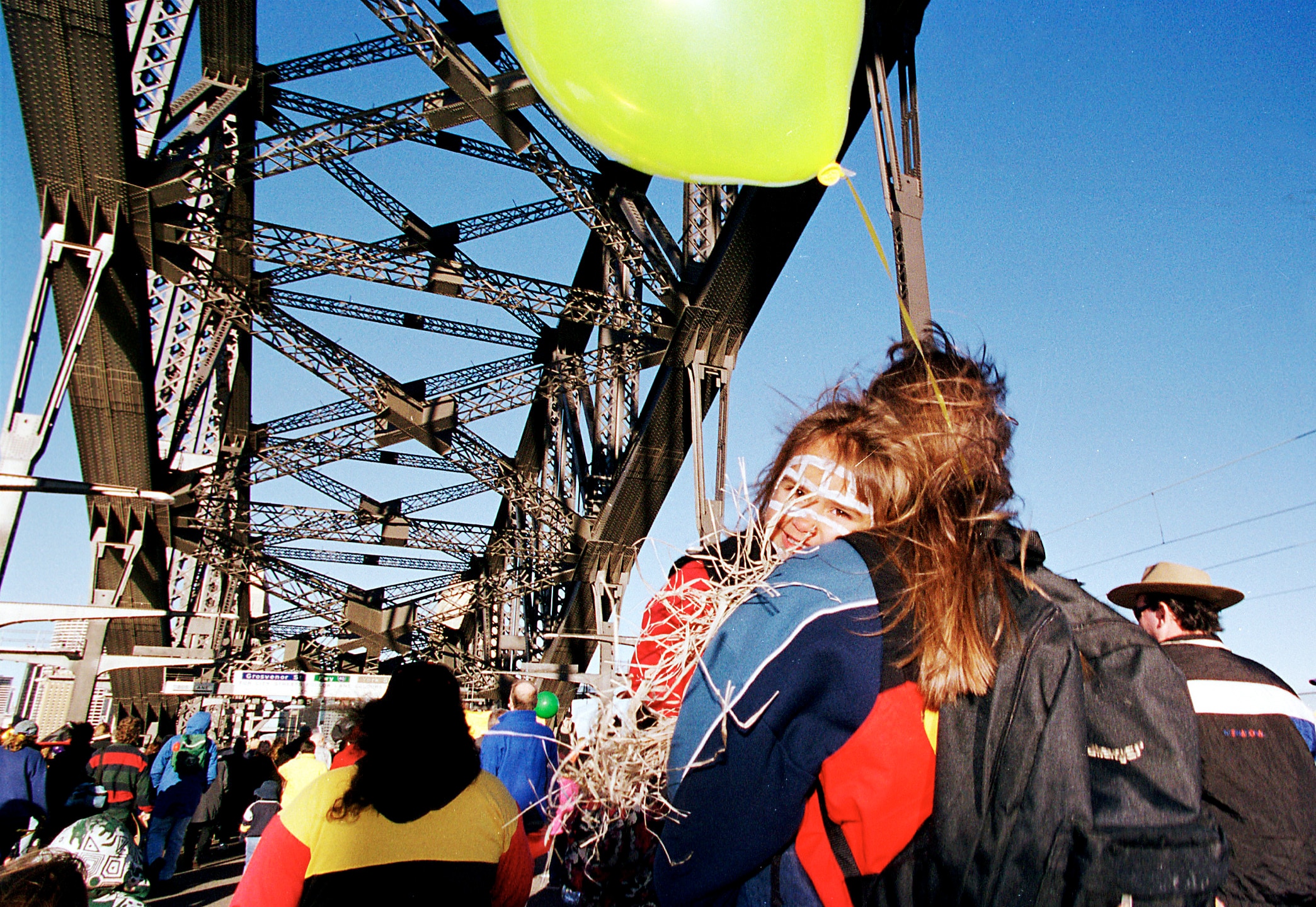 The Walk for Reconciliation has been remembered as a defining moment in Australia's modern history.
NEG

The events in 2000 were “obviously significant” in putting those conversations on the table, he said.

“It demonstrated that middle Australia cared about these things.”

But much more work is needed. 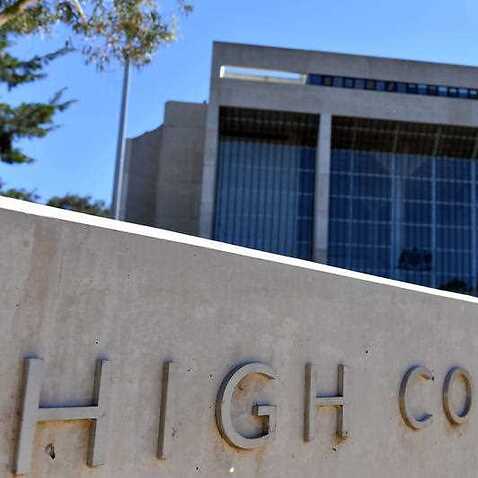 “We pride ourselves as a country on a fair go, that we're egalitarian, and I think these issues are still there for people.

“The conversation around treaty has changed. People are more open to talking about that. But there is also a lot of work to do.” 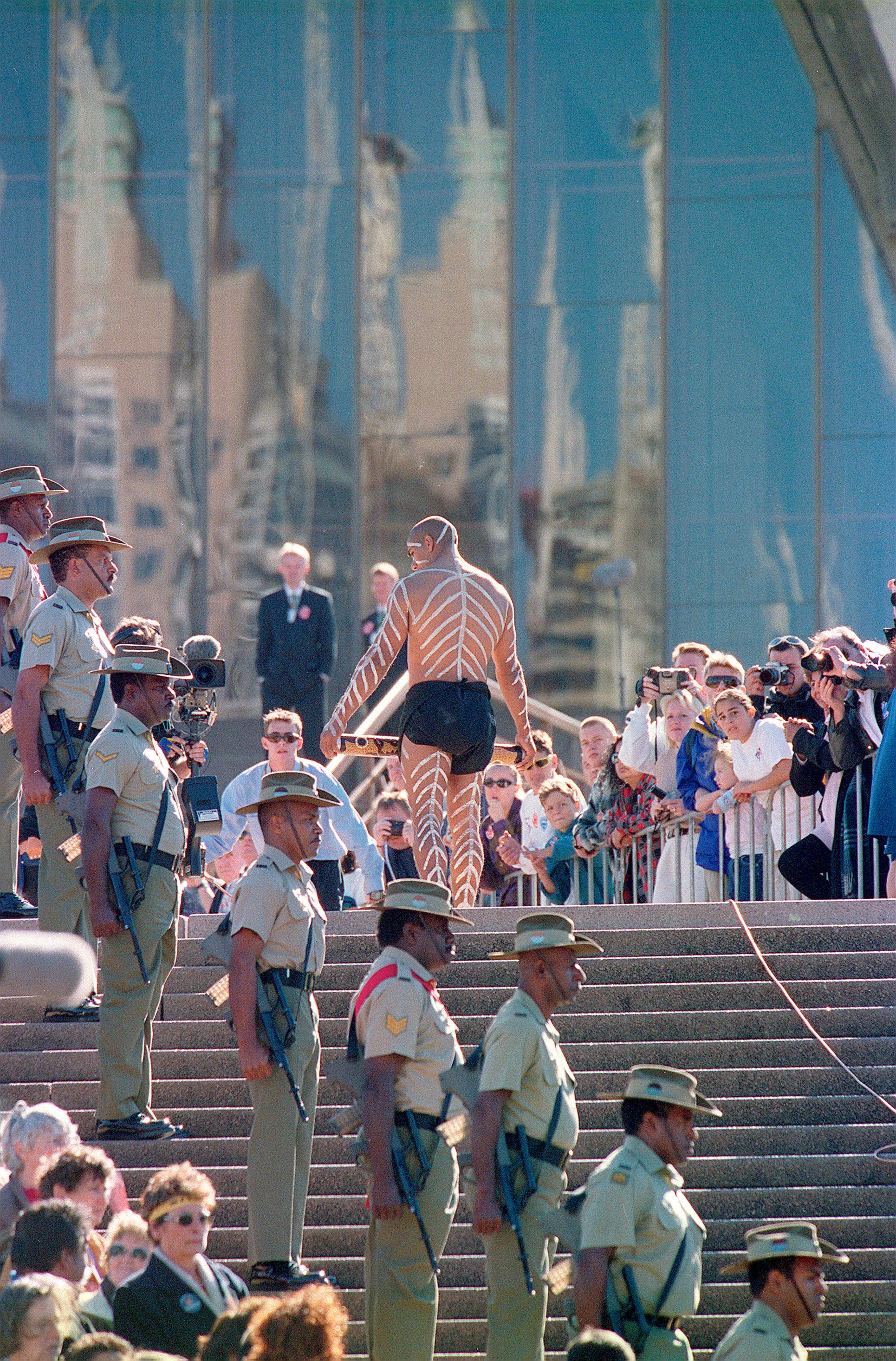 The national reconciliation document is carried into the Sydney Opera House during Corroboree 2000.
AAP

The Walk for Reconciliation would eventually come to the attention of civil rights hero Nelson Mandela, who toured Australia later in 2000.

Mr Mandela said the walk was a sign of Australia “wanting to heal itself and deal with the hurt of the past”.

“Leaving wounds unattended leads to them festering, and eventually causes greater injury to the body of society,” he said.

National Reconciliation Week begins on Wednesday 27 May with NITV airing a selection of dedicated programming this week to mark it.