Under federal electoral laws, it is not an offense to produce dishonest political advertising – one Independent candidate is hoping to change that.

The NSW state election is just weeks away, and the federal election will follow shortly afterwards.

Voters might feel bombarded by political advertisements – but those who do pay attention might notice that what they are seeing and hearing may not always be truthful, or even authorised. 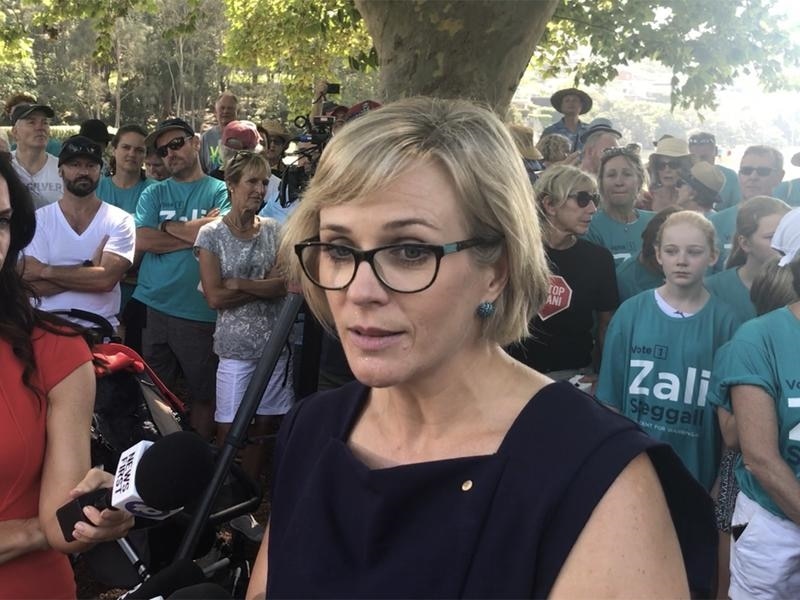 Zali Steggall will stand as an independent against Tony Abbott in Warringah.
AAP

Olympian-turned-lawyer, Zali Steggall hopes to add another title to her diverse experiences – politician.

The Independent candidate is running in the seat of Warringah, challenging former PM Tony Abbott, who has held the seat for 25 years.

But first, she will have to contend with a campaign against her, orchestrated by conservative lobby group, Advance Australia. One of the posters distributed in Hurstville. Zali Steggal says electoral laws need an update.
Supplied

In a video advertisement, the group declared: “Zali Steggall has a secret, she’s not really independent. Stegall is working with Bill Shorten and Labor".

The candidate told SBS News the messages put out against her are completely false – and drawing on her professional experience in defamation law, she said it’s time to update electoral laws to so voters are not misled during election campaigns. “It is directly false, it’s completely opposite my stated position, and yet, those ads are out there,” she said.

“For a lot of people, messaging that appears to be official, or is coming through, there's a sense that surely you aren't allowed to officially lie. So there is a misunderstanding. There is actually no regulation and no provisions."

The advertisement is authorised by Gerard Benedet from Advance Australia. SBS News has contacted the party for comment.

But it is not just Ms Steggall who has noticed the spike in misleading content – some residents in the south Sydney suburb of Hurstville woke to find a pamphlet claiming a vote for Labor would make their children “homosexual”. The flyers were distributed in a suburb with a high Chinese-speaking population and Professor Rodney Smith, from the University of Sydney, said in-language material is even trickier to regulate, particularly on social media.

“There are a number of new platforms, particularly new social media platforms that may be more or less inaccessible more broadly to the communities or authorities who may want to keep an eye on them,” he said. The pamphlets were published anonymously – which is an offense under federal electoral laws.

It is also an offense under the Federal Electoral Act to distribute material that misleads voters on the process of voting.

“If you think about it elections happen very, very quickly, they're over within a matter of weeks. There are often claims that are made one day and disappear the next."