A worker at a hotel in Melbourne housing asylum seekers has tested positive for COVID-19.

Asylum seekers being held in Melbourne's Mantra Hotel are "terrified" after a staff member working there tested positive for COVID-19.

On Monday, the Home Affairs Department confirmed to SBS News a worker at the Preston hotel tested positive on 8 July after developing symptoms the day before.

A spokesperson for the department said the individual had not worked at the detention facility since 4 July and did not display symptoms for several days after. Asylum seekers at the hotel were given the news on Sunday.

"Everyone is panicking ... It's like a cruise ship in here. If anyone catches this virus, all of us could get it," asylum seeker Mostafa Azimitabar told SBS News.

Mr Azimitabar said he was only given very limited information about the new case and what will be done.

"The problem is that they have brought the virus inside this place ... It's impossible to practise social distancing [here]."

Detainees at the Melbourne Immigration Transit Accommodation (MITA) were also told about the case on Sunday and SBS News understands there has been movement of individuals between the two facilities over recent weeks. 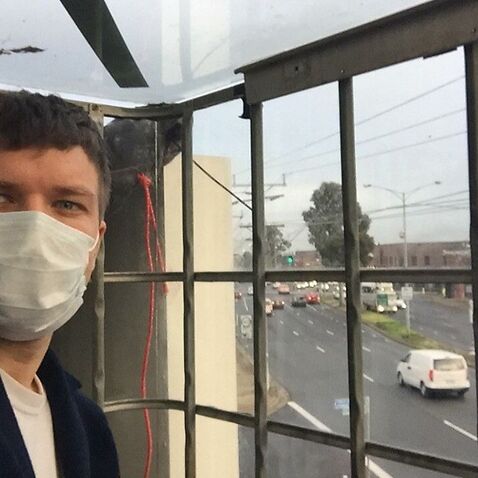 A Home Affairs Department spokesperson said there has since been a "deep cleaning process" at the facility.

"No detainees or staff have been identified as a close contact as per the Health Department guidelines," the spokesperson said.

"The staff member's role involves very minimal contact with other staff or detainees.

"After discussions with the Victorian Department of Health and Human Services (DHHS), specifically their Public Health Unit (PHU), the risk of infection to other staff and detainees is considered low." 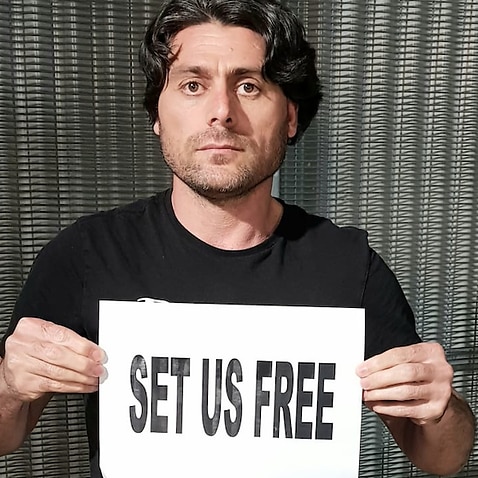 Refugee advocate Jane Salmon said the hotel holds about 60 asylum seekers brought to Australia almost a year ago from Papua New Guinea and Nauru for medical treatment under medevac legislation, which has since been repealed.

"They have been denied visitors, excursions and resources to mitigate or improve their situation even outside COVID lockdown," she said in a statement.

"The daunting reality of being held in a room for 12 months after seven years of offshore detention or another form of confinement makes the mental health issues of regular citizens struggling with a few weeks or months of lockdown or COVID isolation seem paltry." Labor MP Ged Kearney, whose electorate takes in the Mantra Hotel, told SBS News she was furious at the government.

"We warned the Morrison government about the risk of COVID spreading in places of detention months ago. They could have moved the men into the community to minimise the risk. They did not," she said.

"These men are my constituents, some are my friends and I'm furious the government has let this happen. The government now needs to be forthright about the risk of coronavirus spreading and plan with the detainees about how best to prevent this, including testing those who want to get tested." On Sunday, acting Immigration Minister Alan Tudge said the detainees could elect to go back home, to Nauru or Papua New Guinea, but they would not be able to settle in Australia.

"We've always been very clear that people don't get the right to come permanently into Australia," he told ABC's Insiders.

"We were always concerned about this medevac legislation, that it was a back door way of getting into the country.

"Just under 200 people have come in. They've had their medical treatment and now it is, under the legislation, right for them to return home."