The UK isn't the only country to use animal products in the currency manufacturing process.

Vegetarians and vegans in the United Kingdom are said to be irate at the revelation that the country’s new five-pound note contains animal products in the form of tallow, but SBS can confirm that the story hits closer to home for Australians.

The Reserve Bank of Australia told SBS that ‘miniscule’ amounts of tallow are used in the printing of Australian banknotes.

@Thunderoad75 Hi Annie, there is a trace of tallow in the polymer pellets used in the base substrate of the polymer £5 notes.

I can't believe the £5 notes have beef tallow in them. Something like 8% of the population are vegetarian. How did this happen?

Seriously #vegies are refusing to use the #fivepoundnote because it has tallow in it? Better stop driving cars, petrol is dead dinosaurs.

Tallow - a rendered fat often made from beef and mutton byproducts - is used in the plastics industry as a ‘slipping agent’.

People for the Ethical Treatment of Animals told SBS that the Reserve Bank "would do better to avoid blood tainted beef tallow in future."

"But anyone with a note in their hand has the power to vote with their dollars, and only support industries that are kind to animals and the environment," spokeswoman Ashley Fruno said.

SBS was unable to confirm which animal the tallow in Australian notes is sourced from.

A petition to remove the product from the UK's new five-pound note has gathered over 75,000 signatures in a matter of hours.

The use of animal products may also be a cause for concern among religious groups, including Hindu, Sikh and Buddhist Australians.

It's an issue which is made especially sensitive given notes are used as offerings or donations in religious temples.

Swami Shrikarananda, the presiding monk at Chinmaya Mission Worldwide’s Sydney Chapter, told SBS that he hadn't known of the use of animal products prior to the UK controversy.

"Now that we know about it, any animal product used in our currency is not acceptable. As Hindu’s we believe in non-violence which includes the welfare of animals. And we’d ask that the government remove it and a find a new way of producing their notes," Swami Shrikarananda said.

"To most people this won’t really matter, they’ll still keep using it because it’s the currency," he said.

"We’ll take it as it comes. It think what really needs to happen now is we need to educate people - I didn’t even know about this until just now." 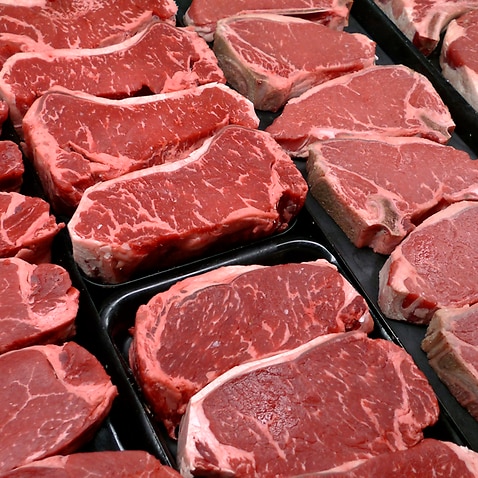 Are there any health implications for raising your child as a vegetarian, vegan or pescatarian?