Malcolm Turnbull has taken aim at the Coalition over its approach to climate change saying it is being held to ransom by denialists within the party.

Former Prime Minister Malcolm Turnbull has criticised the Coalition saying it has a "fundamental problem in dealing with climate change" and its approach is being held to ransom by denialists within the party.

He took aim at the negative influence of climate “deniers” during the ABC’s Q&A program on Monday night strongly expressing his discontent.

Now that the “climate change do-nothings are in power”, does Malcolm Turnbull regret not having stuck to his beliefs when he was Prime Minister? #QandA pic.twitter.com/vLzo9EGyig

“The Coalition has a fundamental problem in dealing with climate change because there is a group within the Liberal Party and the National Party who deny the reality of climate change,” he said.

“The problem is people are treating, on the right, they are treating what should be a question of physics and science and economics and engineering as though it were an issue of religion and belief. And it’s nuts.”

The former leader was asked about “climate change do-nothings” in the Coalition and whether he regretted not having “stuck to his beliefs” on taking action as prime minister.

But Mr Turnbull defended his record citing his proposed policy National Energy Guarantee had “dared to address cutting emissions” and become “the lever that the insurgents used to blow up the government.” Malcolm Turnbull said the party is being held to ransom by climate change denialists within the party.
ABC

“The government’s policy on climate is being held to ransom by a group of deniers within the party and in the media and other sections outside the Parliament,” he said.

Mr Turnbull said he had strived to deliver action on climate change and support the transition to renewable energy and a zero-emissions electricity sector.

“The key is to get to zero-emissions electricity which we can do… that will result in more affordable and available energy,” he said. 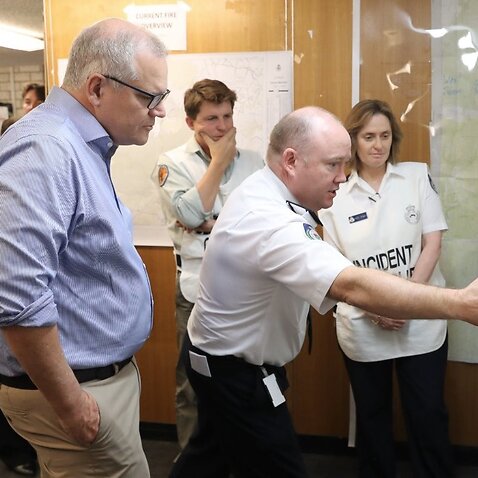 Mr Turnbull and fellow panellist opposition leader Anthony Albanese called for a national approach to fighting and preventing fires and dealing with the current crisis.

"If it isn't a national security issue, what is? The national government has to provide leadership," Mr Turnbull said.

"We do have to come together and recognise that this situation with fires is going to become worse.

"That is the inevitable consequence of a hotter and drier climate. That means we need stronger and more coordinated responses."

Both Mr Turnbull and Opposition Leader Anthony Albanese acknowledged the link between climate change and the severity of bushfires raging across NSW and Queensland.

Mr Albanese said a greater response is needed and the national government should be providing leadership on these issues.

"I wrote to Scott Morrison three weeks ago. He wrote back to me saying (a national response) wasn't required and that everything was in hand,"

"Quite clearly it's not." 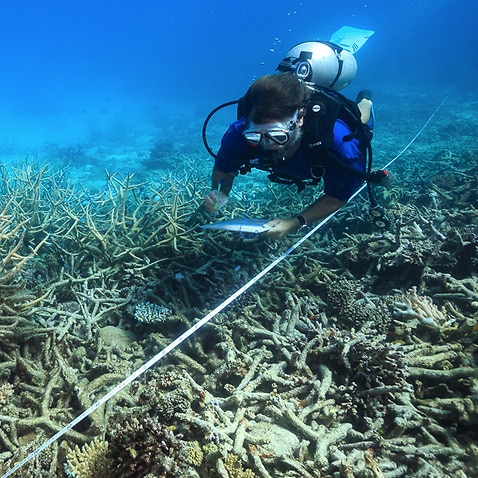 Mr Albanese was also asked about the difficulties faced by the Labor Party in balancing climate policy with the need to win support in coal mining regions.

"When it comes to our domestic emissions, there's a need to take strong action and have strong targets and we will do so and have mechanisms to drive that through," he said.

"It's about a transition - making sure that people (in coal mining towns) have security and are looked after."

The Coalition has long defended its response to climate change saying it is acting to reduce emissions in line with global commitments in an economically responsible way.