Australia-based relatives of those thought to be in China’s internment camps are worried the COVID-19 virus may spread there next, with academics and activists saying the number of nearby cases and cramped conditions could encourage a mass contagion.

As the Wuhan coronavirus spreads across China, Memet Obul is worried.

His two nephews, now 28 and 32, are among as many as one million Uighurs and other Muslims held in internment camps in China, he says.

“Those locked up in camps are so vulnerable to the spread of the virus. We all worry the possible human tragedy of this century if the virus spread to East Turkestan,” the 56-year-old tells SBS News.

Memet grew up under the red Chinese flag in Xinjiang, or East Turkestan, the northwest region of China where the Uighur community is trying to survive despite the regime’s repression. In 2003, he found sanctuary in Sydney, where he became a vocational trainer for construction workers. His family stayed in Xinjiang. They stopped answering his messages a few years ago.

"I cannot give too much information about my relatives there for their safety reasons. I have sisters but in the last three years, like so many of us living [in the] diaspora, I couldn’t contact them," he says.

"I have no idea if they are well or if something happened to them."

'Those in camps at risk'

There are approximately 3,000 Uighurs in Australia and 10.1 million around the world, though some groups assert that their numbers are much higher.

Many Uighurs and their supporters have been tweeting their fears those in the camps could now be impacted by the virus under the hashtags #VirusThreatInCamps and #WHO2Urumqi.

China has reported more than 76,000 cases of the virus, including 2,345 deaths as of Sunday. And while nearly 3 ,000 kilometres separate the northwest region of China from the epicentre of the epidemic, according to the World Health Organization, 76 cases have been confirmed in Xinjiang, including one death on 12 February. Supporters of China's Uighur minority at a demonstration in Istanbul in December.
AFP/Getty Images

“The actual numbers are likely much higher than the ones China has been reporting,” said Munawwar Abdulla, who previously studied at UNSW and is now an evolutionary neuroscience lab manager and technician at Harvard University.

Ms Abdulla is also co-founder of the Tarim Network, a platform to connect Uighur youth and build a stronger diaspora, and says the possibility that COVID-19, the disease caused by the new coronavirus, may spread to the camps is real.

“It’s only a matter of time before coronavirus hits China’s Uighur camps.”

For those in the camps, access to hospitals, quarantine areas, food and hygiene products is severely restricted, according to human rights organisations and former detainees. Showers are rare and monitored; washing your hands or feet is considered a Muslim ablution, and therefore very controlled.

“Each camp holds thousands of inmates in highly unsanitary conditions. We already believed this was making people ill and leading to deaths,” Ms Abdulla said.

“There are also reports of sexual abuse, lack of medical care, neglect, psychological stress, and injections of unknown substances, these all create ripe conditions for a virus to spread.” COVID-19 spreads from person to person through droplets disseminated by sneezing or coughing, and confining large groups of people together without adequate access to sanitation measures, will increase the likelihood of an outbreak. 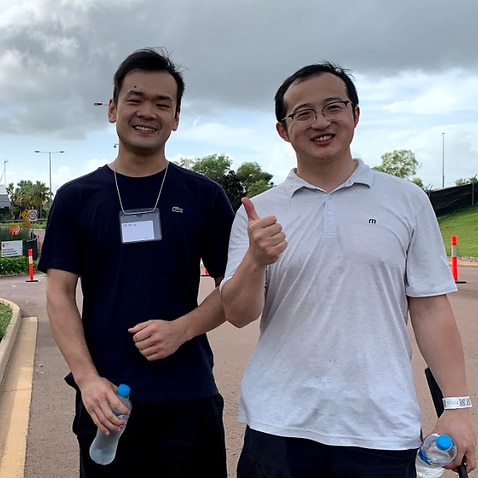 Dolkun Isa, president of the World Uyghur Congress, one of several groups representing Uighurs outside China, has added his voice to the call for protections for those in the camps.

“These people are in a vulnerable and weakened state due to the Chinese government’s abuses and mistreatment,” he said last month.

“This has just further compounded the suffering of the Uighur people, as our friends and family are now in even greater danger.”

A petition posted on change.org signed by more than 13,000 people has called for the closure of the camps to reduce the threat posed by holding so many people in close proximity. 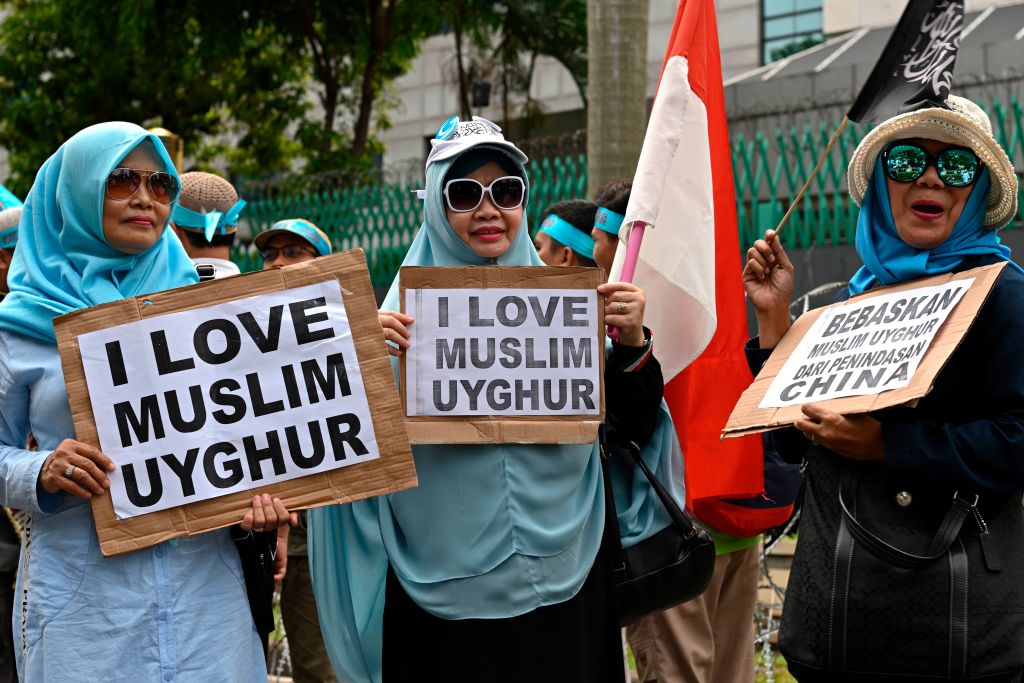 A rally at the Chinese embassy in Jakarta in December.
AFP/Getty Images

“As China continues to struggle to contain the virus in Wuhan, we can easily assume the virus will rapidly spread throughout the camps and affect millions if we don’t raise the alarm now,” the petition says.

“We must not wait until news of hundreds of coronavirus-related deaths in the camps before we react.”

Ms Abdulla, who has signed the petition, says it is “highly necessary” the World Health Organization, other NGOs and governments send a delegation to Xinjiang to evaluate the spread of the coronavirus.

“You cannot overlook this region if you want to prevent this pandemic,” she said.

Calls for China to do more

China has previously said allegations made by Uighur activists about the mistreatment of minorities in Xinjiang are “baseless”.

Regional authorities in Xinjiang have not responded to previous questions about measures taken to prevent the spread of the virus in the camps from media outlet AFP. 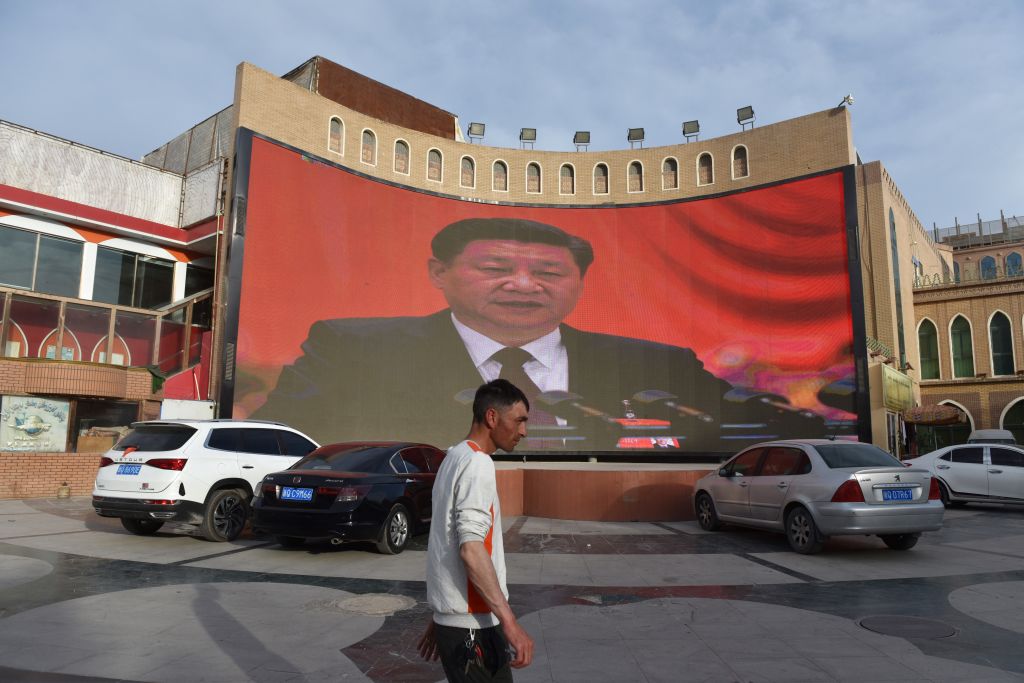 A report on Tianshan Net, a website run by the Xinjiang government’s information office, said China Southern Airlines had sent 400,000 masks and 40,000 gloves to Urumqi, the region’s capital, and the prefectural-level city of Karamay, while authorities sent some 1,000 coronavirus test kits to Xinjiang.

Ms Abdulla believes this only reflects the potential severity of the outbreak in the region. “I don’t believe Chinese authorities are doing their best to prevent the spread of the coronavirus into camps,” she said.

“Given the shortage of medical staff and supplies in Wuhan and other regions in China, the Chinese government probably doesn’t have the resources to contain the spread of the COVID19 in the Uighur region while continuing to operate the hundreds of detention camps.”

“Has the virus hit the camps? Is China doing everything it can to protect all its citizens?” “While we cannot do any independent research on the issue for obvious reasons, it would be a legitimate concern that the coronavirus outbreak may be hitting the Xinjiang region, especially the camps,” he told SBS News.

“From many Uighur’s testimonies, including the ex-detainees and the diasporic communities we have talked to, the camps are crowded and the treatment of those detained in the camps is terrible. Due to the lack of access to the region and serious official censorship in China, it's worrying to imagine how the outbreak hits those detained in the internment camps.”

Ms Abdulla took it one step further, saying: “Willful negligence of the effects of coronavirus on an oppressed group in this situation will simply exacerbate the damages of an ongoing genocide.”

Sophie Lamberts is a French freelance journalist based in Sydney