The federal government has downplayed the impact of the move, saying the blocked shipment had not been factored into Australia's distribution plan for the coming weeks.

Italy says it has blocked a shipment to Australia of AstraZeneca's COVID-19 vaccine in the first such export ban under an EU vaccine monitoring scheme.

Italy’s order blocking the dispatch of more than 250,000 doses was accepted by the European Commission, which has fiercely criticised the Anglo-Swedish company this year for supplying just a fraction of the vaccine doses it had promised to deliver to the bloc.

The shipment was stopped because of the "continuing shortage of vaccines in the EU and in Italy and delays in supplies from AstraZeneca to the EU and Italy," the Italian foreign ministry said in a statement.

It was also blocked because Australia is not considered a "vulnerable" country in the context of the pandemic, and because of the "high number of doses" requested.

Italy says shipment was rejected because:

-Australia is considered "not vulnerable" in terms of Covid

-Shortage of vaccines in the EU

- The 'high number' of doses to be exported compared to the quantity of doses supplied by AZ to Italy.

The ministry said AstraZeneca requested an export permit on 24 February, and Italy forwarded the request to the European Commission two days later, proposing its rejection.

The EU executive body agreed, and the Italian government - whose new Prime Minister Mario Draghi has pledged to ramp up national vaccination efforts - notified AstraZeneca of its decision on 2 March.

The ministry said Italy had previously authorised the export of AstraZeneca vaccine samples, but only in "modest quantities ... for scientific research purposes."

The federal government has downplayed the impact of the decision.

In a statement, a spokesperson for Health Minister Greg Hunt said the move would not affect Australia's rollout.

“This is one shipment from one country,” they said. “This shipment was not factored into our distribution plan for coming weeks.”

“Domestic production starts with one million per week of deliveries from late March and is on track.”

Prime Minister Scott Morrison echoed his health minister, while adding "it was important that contracts were honoured".

"We'd always anticipated that these sorts of problems could arise. And that's why we've done a number of things, the most significant of which is to ensure that we have our own domestically produced vaccine," Mr Morrison told reporters on Friday following a national cabinet meeting.

"We're one of few countries that have done that. That means that has given us sovereignty over our vaccination program, which I think is incredibly important," he added.

"I can certainly understand the high level of anxiety that would exist in Italy and in many countries across Europe, as is regularly conveyed to me. And so they have some real difficulties there.

"They are in an unbridled crisis situation. That is not the situation in Australia. But, nevertheless, we have been able to secure our supplies."

Australia's rollout of the AstraZeneca vaccine began on Friday morning, with South Australian doctor Caroline Phegan the first to get the jab.

The doses blocked by Italy came from a plant in Italy operated by AstraZeneca to produce some of its vaccine, one of three authorised for use in the EU alongside the BioNTech-Pfizer and Moderna versions.

Under the EU commission's "transparency and authorisation mechanism", member states vet planned exports out of the bloc of authorised COVID-19 vaccines. 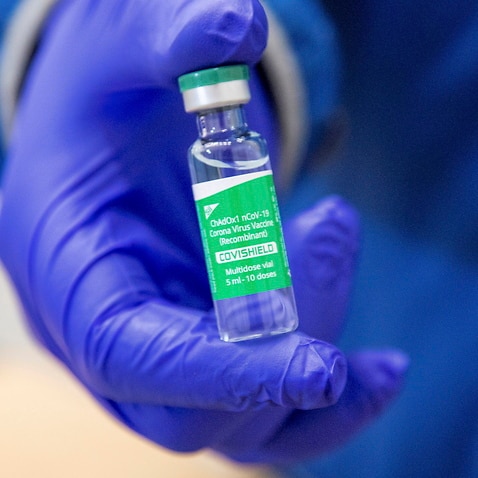 The scheme started on 30 January and is to run until at least the end of March.

That period corresponds to a sharp shortfall in the first three months of this year of deliveries the EU had been counting on to kickstart its vaccine roll-out.

Most the shortfall is because AstraZeneca has pledged "best reasonable efforts" to deliver around 100 million doses in that time, but is now on track to supply just 40 per cent of that.

At the same time, the UK-based company is fully supplying former EU member Britain with doses for its world-leading vaccination program.