France will likely become the fifth country, after Italy, Spain, the United States and Germany, to cross the 100,000 threshold of coronavirus cases on Tuesday.

Italy's day-to-day increase in new COVID-19 cases has dipped once again overnight, with nearly 3,600 new cases announced by authorities being the lowest daily increase in 20 days.

Italian civil protection authorities say the number of coronavirus infections has risen by 3,599 in the last 24 hours to 132,547 while virus-related deaths were 636 Monday, bringing the total dead in Italy to 16,523. 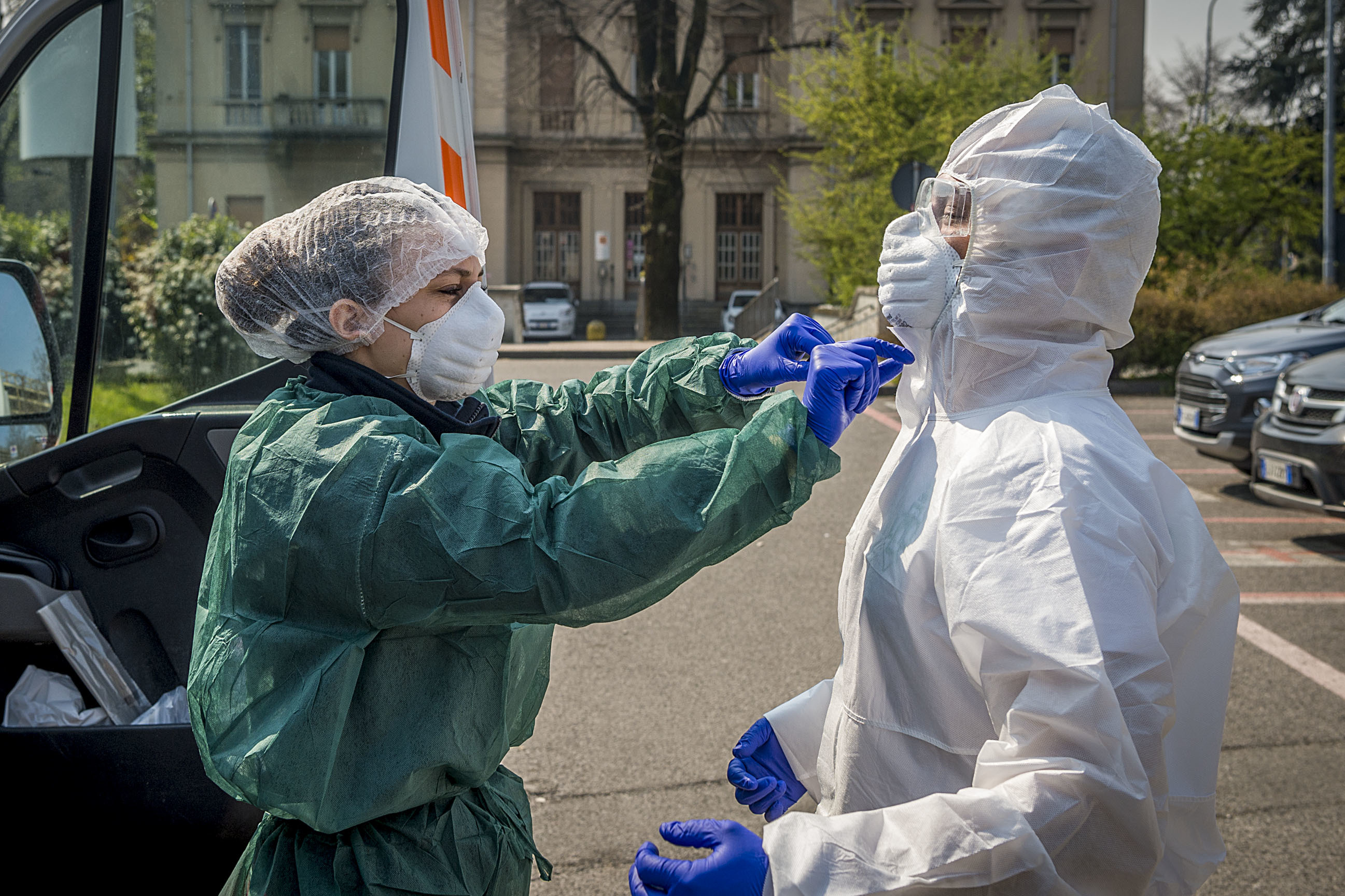 Health workers in Milan are working around the clock.
AAP

The downturn in daily increases in infections provided officials with hope that there is a downward trend.

Italy remains the country with the highest reported number of coronavirus related deaths in the world.

'Most powerful intervention' in Italy's history

Italian Prime Minister Giuseppe Conte on Monday announced a new stimulus programme designed to inject up to 400 billion euros into businesses damaged by the coronavirus pandemic.

Mr Conte told the nation in a television address that the measure represented "the most powerful intervention in the country's history".

The Italian leader also urged everyone to follow the strict containment measures in place since early March. Italian Prime Minister Giuseppe Conte attending a press conference at the end of a Cabinet meeting on the coronavirus pandemic.
AAP

"We will soon see a new spring for Italy but for the moment we must stay at home," Mr Conte said.

Spain declared Monday a fourth consecutive drop in the number of coronavirus-related deaths with 637 over the past 24 hours, the lowest number in nearly two weeks.

Fatalities, which were sharply down on the record 950 on Thursday, brought the total deaths in the country to 13,055, second only to Italy.

The official figures represent an increase of 5.1 per cent over the last 24 hours, compared to a 4.8 per cent rise on Sunday and a 32.63 per cent leap as recently as March 21. "These figures confirm again this downwards tendency which we have been observing," said Maria Jose Sierra of the health ministry's emergencies coordination unit.

Over 40,000 coronavirus patients have been discharged from hospital, or nearly 30 per cent of all confirmed cases of the disease, she added.

With deaths and new infections falling the Spanish government is studying how to gradually ease the lockdown imposed on the country of 47 million people on March 14. It has been extended until April 25. A group of doctors and health personnel at a Barcelona hospital applauding those that show gratitude towards them during the coronavirus crisis.
AAP

The government will increase the number of road controls to more than 500 next weekend, when people usually travel during the Easter holidays, said Interior Minister Fernando Grande-Marlaska.

"We must keep up the fight because this new stage is going to take as much social discipline and solidarity as the one before," he said.

France's coronavirus figures on Monday showed that the rate of increase in fatalities - now at almost 9,000 - sped up again after several days of slowing, while the increase in people needing intensive care continued to decelerate.

The total number of cases, combining hospital and nursing home statistics, increased by 5,171 over the last 24 hours to 98,010, meaning France will likely become the fifth country, after Italy, Spain, the United States and Germany, to cross the 100,000 threshold on Tuesday. 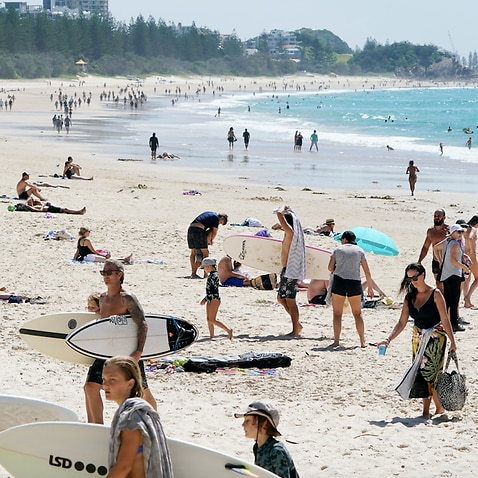 "The pandemic hasn't stopped expanding. The figures prove it," Health Minister Olivier Veran said, adding that the government had decided to mass screen nursing homes which account for about 27 per cent of the total death toll.

"We must keep up our efforts as citizens by staying at home," Mr Veran added. Some health officials had suggested on Sunday that French people appeared to comply less strictly to the national lockdown than in other countries.

France started including data from nursing homes last Thursday, which partially explains why the official number of deaths has more than doubled since Wednesday. The health ministry data showed that 605 people died from COVID-19 in hospitals in the last 24 hours - a new daily record - taking hospital fatalities to 6,494.

A total of 7,072 serious coronavirus cases were being treated in intensive care units, Mr Veran added, a rise of just 1.3 per cent from Sunday, giving the French health system small but much-needed relief.