The Senator with the deciding vote to determine the fate of the Coalition’s push to repeal the medevac laws says she won’t be horse trading over "humanity".

The Morrison government is vying to scrap the medevac bill, which allows the temporary transfer of patients in offshore detention centres for treatment or assessment.

Ms Lambie told reporters she is still weighing her decision over the matter, but won't be doing any deals with the government that could sway her vote.

Crossbench Senator Jacqui Lambie has ruled out horse trading over 'humanity' over a push to repeal the Medevac laws.
AAP

“Tasmanians don’t want deals done over humanity, I can assure you of that much. So whichever way it goes, there will be no deals done for Tasmania over this,” she said on Sunday ahead of the sitting fortnight.

Ms Lambie said she would wait until a Senate inquiry examining the laws reported back before making her final decision. 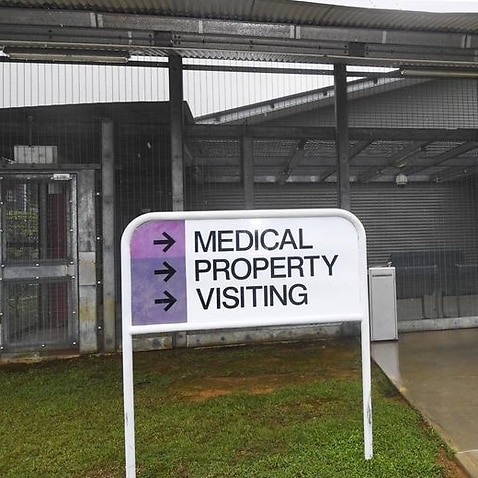 The medevac laws were pushed through the last Parliament with the backing of Labor, the Greens and independents over concerns for the medical health and treatment of asylum seekers held in offshore detention.

Eleven peak medical bodies have joined the Australian Medical Association in calling for the laws to stay, believing they have rightly improved healthcare access for the refugees and asylum seekers.

Independent Senator Cory Bernadi is among those backing the government’s push to repeal the laws.

“Quite frankly the medevac legislation has been misused and abused, just as it was identified as it was vulnerable to at the point in time,” he said on Sunday.

“When we are sick we sick doctor’s advice … their prescription is medevac works,” Senator Kristina Keneally told ABC Insiders on Sunday.

“We stand with the doctors in noting that medevac is ensuring that people who are sick are able to get the medical treatment that they need.”

The Morrison government’s effort to repeal the medevac laws passed its first hurdle in the House of Representatives in September, but is expected to face a tougher test in the Senate.

The repeal bid is unlikely to be voted on in Parliament before a Senate committee examining the bill hands down its final report due on Friday.

Greens Senator Sarah Hanson-Young said the idea that the medevac laws would be repealed against medical advice was ‘outrageous’.

“We would have a situation where doctors, peak medical bodies are saying that this law should stay because it is helping people and you’ve got the minister and the government ignoring what the doctors’ advice is,” she told reporters on Sunday.

“I’ll back the doctors over Peter Dutton any day.”