The death toll from a powerful earthquake that rattled the northern Japanese island of Hokkaido doubled to at least 16, as search teams look for around 26 people who remain missing.

Japanese rescue workers with bulldozers and sniffer dogs scrabbled through the mud Thursday to find survivors from a landslide that buried houses after a powerful quake, as the death toll rose to 16.

Around 26 people are still unaccounted for in the small northern countryside town of Atsuma, where a cluster of dwellings were wrecked when a hillside collapsed with the force of the 6.6-magnitude quake, causing deep brown scars in the landscape.

"We've heard there are people still stuck under the mud, so we've been working around the clock but it's been difficult to rescue them," a Self-Defence Force serviceman in Atsuma told public broadcaster NHK.

"We will take measures to find them quickly," he added. 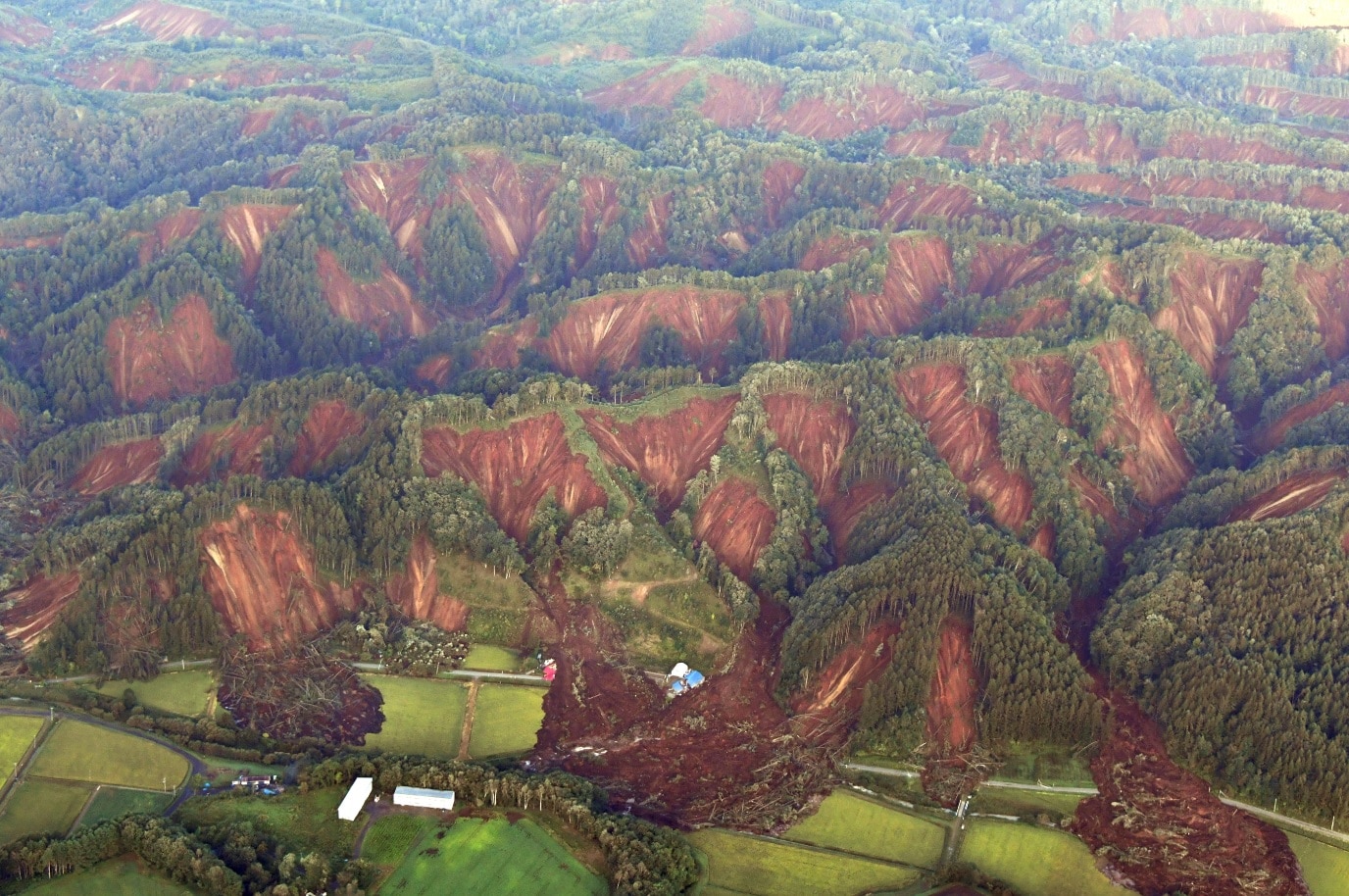 An aerial photo shows landslides that seem to be happened by the earthquake in Atsuma Town, Hokkaido on Sep.6, 2018.
AAP

One village resident said: "It was horrendous. The land slid all the way down and I thought I would die. I thought my house would collapse."

Around 1.6 million households in the sparsely populated northern island of Hokkaido were still without power after the quake damaged a thermal plant supplying electricity to the region.

According to Hokkaido Electric, power has been restored to 1.4 million houses -- about 40 percent of the population -- but authorities have warned it could take as long as a week to get the service fully back to normal.

Some 22,000 rescue workers including troops called up from the Self-Defense Forces handed out emergency water supplies and long lines formed at petrol stations and supermarkets, as people stocked up fearing further quakes.

"So far there are 16 (dead) people and many people injured, with 26 still missing," Prime Minister Shinzo Abe told a cabinet meeting to discuss the quake.

"Please give your sympathy to people who spent a dark night in fear, and do everything you can to restore electricity as soon as possible," he instructed his ministers. Police search missing persons at the site of a landslide after an earthquake in Atsuma town, Hokkaido, northern Japan, Thursday, Sept. 6, 2018.
AAP

The earthquake, which scored the maximum on a Japanese scale measuring the power of a quake's shaking, also collapsed a handful of houses and walls in the main city of Sapporo.

However, considering the strength of the quake, the death toll was relatively light, with the majority of victims coming from the landslide in Atsuma.

Transport services were gradually coming back on line with bullet trains expected to resume operations later Friday morning and the main airport in Sapporo beginning to process passengers after cancelling all flights the day before.

But a football friendly between Japan and Chile in Sapporo planned on Friday was scrapped due to the transport and power chaos in Hokkaido.

The quake was the latest in a string of natural disasters to batter the country.

Western parts of the country are still recovering from the most powerful typhoon to strike Japan in a quarter of a century, which claimed 11 lives and shut down the main regional airport. 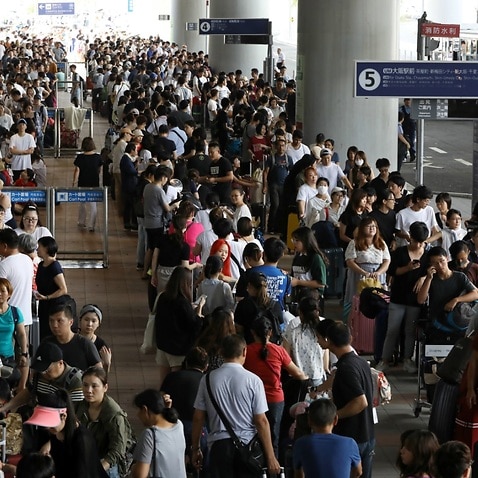 And officials warned of the danger of fresh quakes.

"Large quakes often occur, especially within two to three days (of a big one)," said Toshiyuki Matsumori, in charge of monitoring earthquakes and tsunamis at the meteorological agency.

The risk of housing collapses and landslides had increased, he said, urging residents "to pay full attention to seismic activity and rainfall and not to go into dangerous areas".

Japan sits on the Pacific "Ring of Fire" where many of the world's earthquakes and volcanic eruptions are recorded.

In June, a deadly tremor rocked the Osaka region, killing five people and injuring over 350.

On March 11, 2011, a devastating 9.0-magnitude quake struck under the Pacific Ocean, and the resulting tsunami caused widespread damage and claimed thousands of lives.