The federal government is investigating whether it can revoke tax concessions for six institutions that failed to sign up to the national child abuse redress scheme.

Social Services Minister, Anne Ruston said the six institutions will now be ineligible to apply for any future commonwealth funding and the government is investigating options to revoke tax concessions, such as charitable status. The decision of the institutions means 55 applications by survivors on institutional abuse cannot be processed.

"It is completely unacceptable that these institutions have failed to meet their moral obligation to join the National Redress Scheme."

"These are institutions which know they been named in applications and yet they have chosen to shirk their responsibility to finally do the right thing by these survivors," she stated on Wednesday.

Senator Ruston said she would discuss any actions that state and territory governments can take against them, as well as how they can support survivors at the next meeting of the Redress Governance Board in early July.

Prime Minister Scott Morrison warned earlier this week that he would halt public funding for organisations that failed to sign up by the June 30 deadline and reconsider both their charitable status, and tax concessions. In 2019 child abuse survivors and advocates held a demonstration in Melbourne calling for an overhaul of the national redress scheme.
AAP

The Victorian government has threatened to cut off state funding for organisations that don't join the scheme.

The Jehovah's Witnesses refused to sign up, saying it didn't have the institutional settings of other faith-based institutions that the redress scheme is designed to cover.

Knowmore principal lawyer Anna Swain predicted Wednesday's announcement would be distressing for many people who miss out on the chance to get compensation and acknowledgement from the institution responsible for their childhood sexual abuse.

Ms Swain said some survivors whose abuse involved multiple institutions had already felt they had no option but to sever their redress application, proceeding with only the participating organisation. 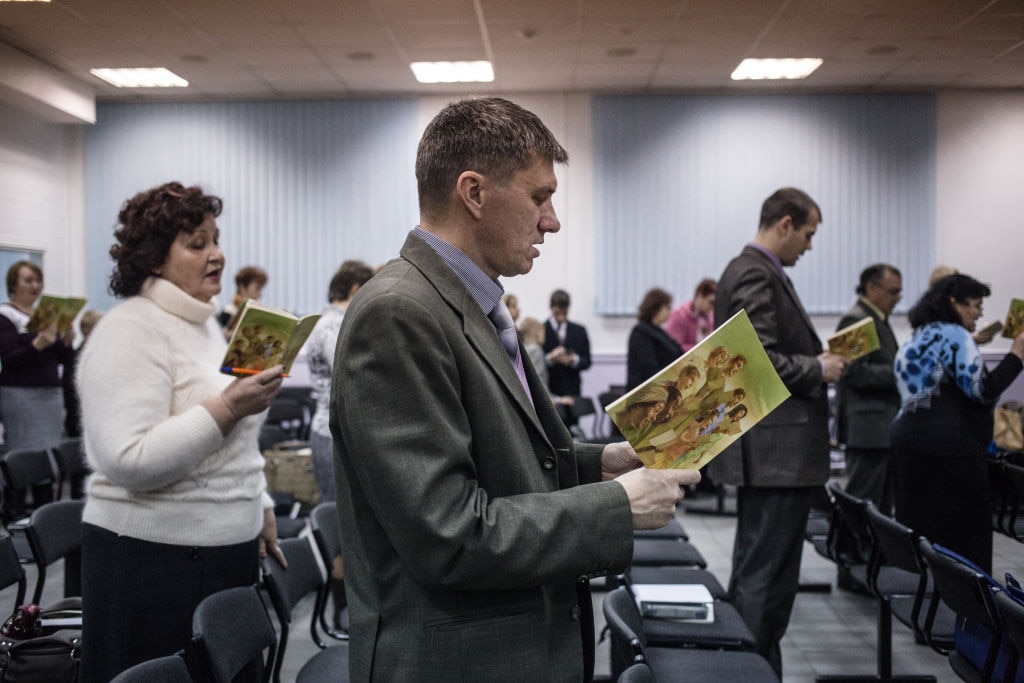 Jehovah's Witnesses are one of the six institutions that failed to sign the redress scheme.
GETTY

"That's been incredibly disappointing for people who feel they've had no choice because of ill-health or age, that 'I will just have to accept I've been forced into a corner and I will never get the acknowledgement from the institution that hasn't joined," Ms Swain said.

Ms Swain called on the states to declare they would step up as the funder of last resort where an institution no longer existed, but the survivor was under the care of the state when they were sexually abused.

Religious, community, charity, education and sporting organisations were given two years to join the scheme and had to at least provide a written commitment to do so by June 30.