Joshua Wong has been jailed for 13.5 months, Agnes Chow for 10 and Ivan Lam for seven for their involvements in the huge democracy rallies in Hong Kong last year.

Wong, 24, was prosecuted alongside fellow activists Ivan Lam and Agnes Chow over a rally last summer outside the police headquarters.

"The days ahead will be tough but we will hang in there," Wong shouted as he was led away.

The three - some of the city's most visible critics of Beijing's rule - pleaded guilty to various charges including inciting an unlawful assembly. 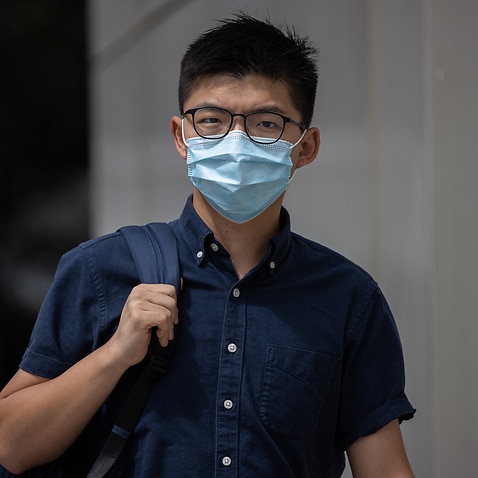 "The defendants called on protesters to besiege the headquarters and chanted slogans that undermine the police force," Magistrate Wong Sze-lai said as she sentenced Wong to 13.5 months, Chow to 10 months and Lam to seven months in jail.

"Immediate imprisonment is the only appropriate option," she added.

Chow, 23, burst into tears when the sentence was read out.

A message posted to Wong’s Twitter account shortly after the sentencing said it was “not the end of the fight”.

“Ahead of us is another challenging battleground. We’re now joining the battle in prison along with many brave protestors, less visible yet essential in the fight for democracy and freedom for HK,” the tweet said.

#JoshuaWong 13.5m in jail - via lawyers, “it’s not the end of the fight. Ahead of us is another challenging battleground. We’re now joining the battle in prison along with many brave protestors, less visible yet essential in the fight for democracy and freedom for HK. pic.twitter.com/1ZGmfUDf7k

It comes as critics of the Beijing-backed government say it is intensifying a crackdown on Hong Kong's opposition and wide-ranging freedoms guaranteed after the former British colony returned to Chinese rule in 1997, a charge authorities in Beijing and Hong Kong reject.

The imposition of a national security law on 30 June was seen as a big blow to the city's liberties, which are crucial for its status as a global financial hub.

Authorities in Beijing and Hong Kong deny curbing rights and say the law is vital to plug gaping holes in national security defences exposed by the unrest last year that posed the biggest popular challenge to Chinese President Xi Jinping.

Who are the jailed activists?

Wong is arguably the most recognisable of Hong Kong's new generation of dissidents.

He became an activist in his early teens, successfully campaigning for Hong Kong to drop a pro-China "National Education" program by rallying a crowd of 120,000 to blockade the city's parliament.

In 2014, he helped spearhead the "Umbrella Movement" protests alongside fellow student leaders, electrifying crowds with calls for civil disobedience but failing to win any concessions.

When last year's protests broke out, Wong was still serving a jail sentence for his involvement in that earlier round. He rejoined the fray after his release. Joshua Wong, right, and Ivan Lam, left, are escorted to get on a prison van before appearing in a court, in Hong Kong, Wednesday, Dec. 2, 2020
AP

Chow joined the youth-led movement protesting against plans to implement "moral and national education" in public schools at the age of 15.

Like Wong, she became a major figure of the Umbrella Movement protests and co-founded Demosisto.

By 2018, she was one of the first Demosisto politicians barred from standing for local elections because the party advocated "self-determination".

In order to run in the election, Chow gave up her British citizenship.

She has built a huge social media following in Japan in particular. Her Twitter account, which primarily publishes in Japanese, has more than half a million followers. 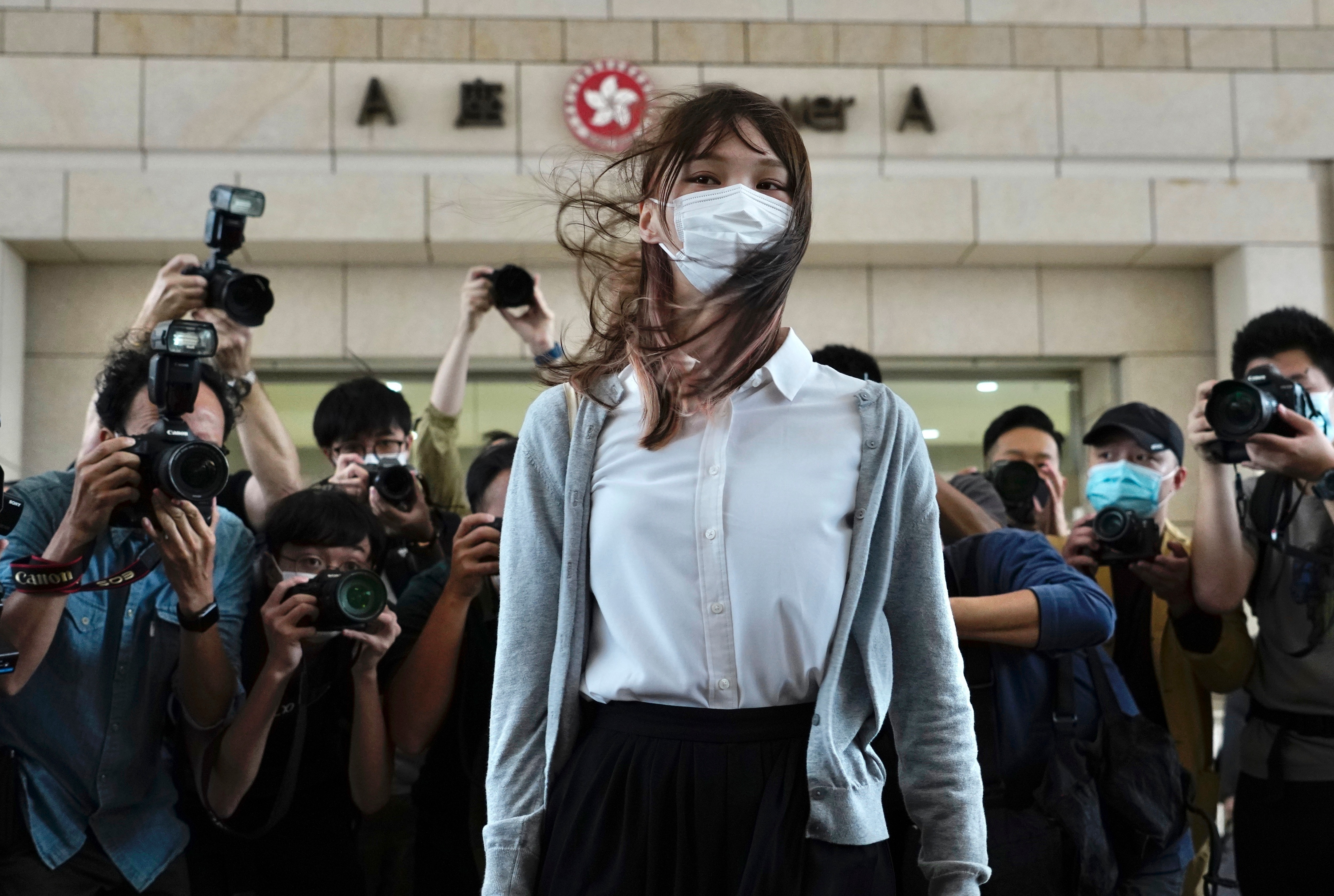 Lam attended the same secondary school as Wong and helped kick-start the campaign against patriotic education.

He has been convicted four times for pro-democracy protests or rallies against various government proposals.

He was instrumental in setting up Demosisto and later served as the party's chairman.