A lawyer for Julian Assange told a London court that she was present when an ally of US President Donald Trump offered to arrange a pardon for the WikiLeaks founder in return for information that would "benefit" the president "politically".

Australian-born Assange, 49, is fighting to avoid being sent to the United States, where he is charged with conspiring to hack government computers and violating an espionage law over the release of confidential cables by WikiLeaks in 2010-2011.

His lawyer, Australian Jennifer Robinson, said in a witness statement to the court that she observed a meeting at the Ecuadorian embassy in London in 2017 between Assange and Republican then-US Representative Dana Rohrabacher. 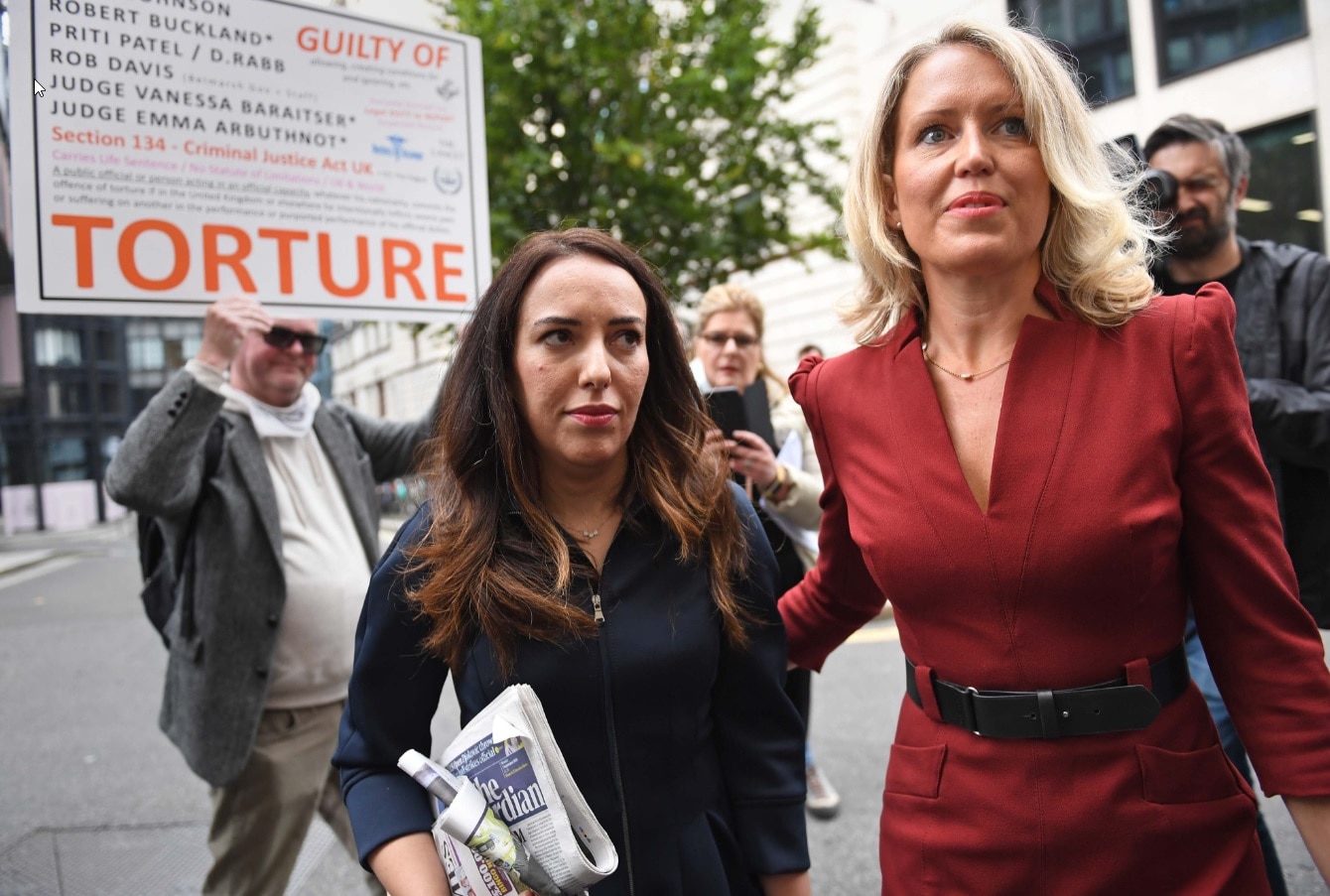 Stella Moris (left) and human rights lawyer Jennifer Robinson arrive at the Old Bailey, London, ahead of a hearing.
AAP

She said Rohrabacher and an assistant offered to arrange a pardon for Assange in return for information about the hacking of Democratic emails before the 2016 US presidential election.

"They stated that President Trump was aware of and had approved of them coming to meet with Mr Assange to discuss a proposal – and that they would have an audience with the President to discuss the matter on their return to Washington DC," she said.

"The proposal put forward by Congressman Rohrabacher was that Mr. Assange identify the source for the 2016 election publications in return for some form of pardon, assurance or agreement, which would both benefit President Trump politically and prevent US indictment and extradition," Robinson said. Assange's legal team first said at hearings in February that Rohrabacher had conveyed a pardon offer to Assange. At the time, the White House called the assertion that Trump had tried to reach a deal with Assange "a complete fabrication and a total lie".

Rohrabacher said he had never spoken with the president about Assange, denied being sent on Trump’s behalf and said he was acting on his own when he offered to ask Trump for a pardon for Assange.

Robinson said Rohrabacher's offer was presented to Assange as a "win-win" solution that would allow Assange "to get on with his life" and in return would also politically benefit Trump.

During the 2016 US presidential campaign, WikiLeaks published a series of Democratic National Committee emails damaging to candidate Hillary Clinton. US investigators have concluded that the emails were hacked by Russia as part of an effort to influence the election. The 2016 election leaks are not directly a part of the US criminal case against Assange, which covers secret military and diplomatic documents published by WikiLeaks several years earlier.

Russia has denied meddling in the 2016 election and Trump has denied that his campaign colluded with Moscow.
Assange is fighting the US extradition request, arguing that the Trump administration has brought charges against him for political reasons.

In 2012, Assange took refuge in Ecuador’s London embassy to avoid extradition to Sweden where he was accused of sex crimes, which he denied and which were later dropped. After seven years, he was dragged from the embassy by British police in 2019.