WikiLeaks founder Julian Assange is set to front a London court as his battle against extradition to the US gets underway.

Julian Assange's extradition trial is expected to air allegations that the US government broke international law and acted improperly in its decade-long pursuit of the WikiLeaks founder.

A hearing to decide whether the Australian will be extradited to the US to face one charge of conspiring to commit computer intrusion and 17 charges of violating the Espionage Act is due to begin at London's Woolwich Crown Court on Monday (Monday night AEDT).

The combined charges carry a maximum sentence of 175 years in prison.

Assange's defence team has confirmed they will allege US President Donald Trump offered Assange a pardon through Republican Congressman Dana Rohrabacher, and that the CIA secretly spied on him in the Ecuadorian embassy.

WikiLeaks editor Kristinn Hrafnsson says there could be more revelations contained in sworn statements and testimonies in the hearing.

"Without exposing or taking away the surprises in the court, we are talking about numerous elements which each individually would suffice to throw out the case," Mr Hrafnsson told AAP. 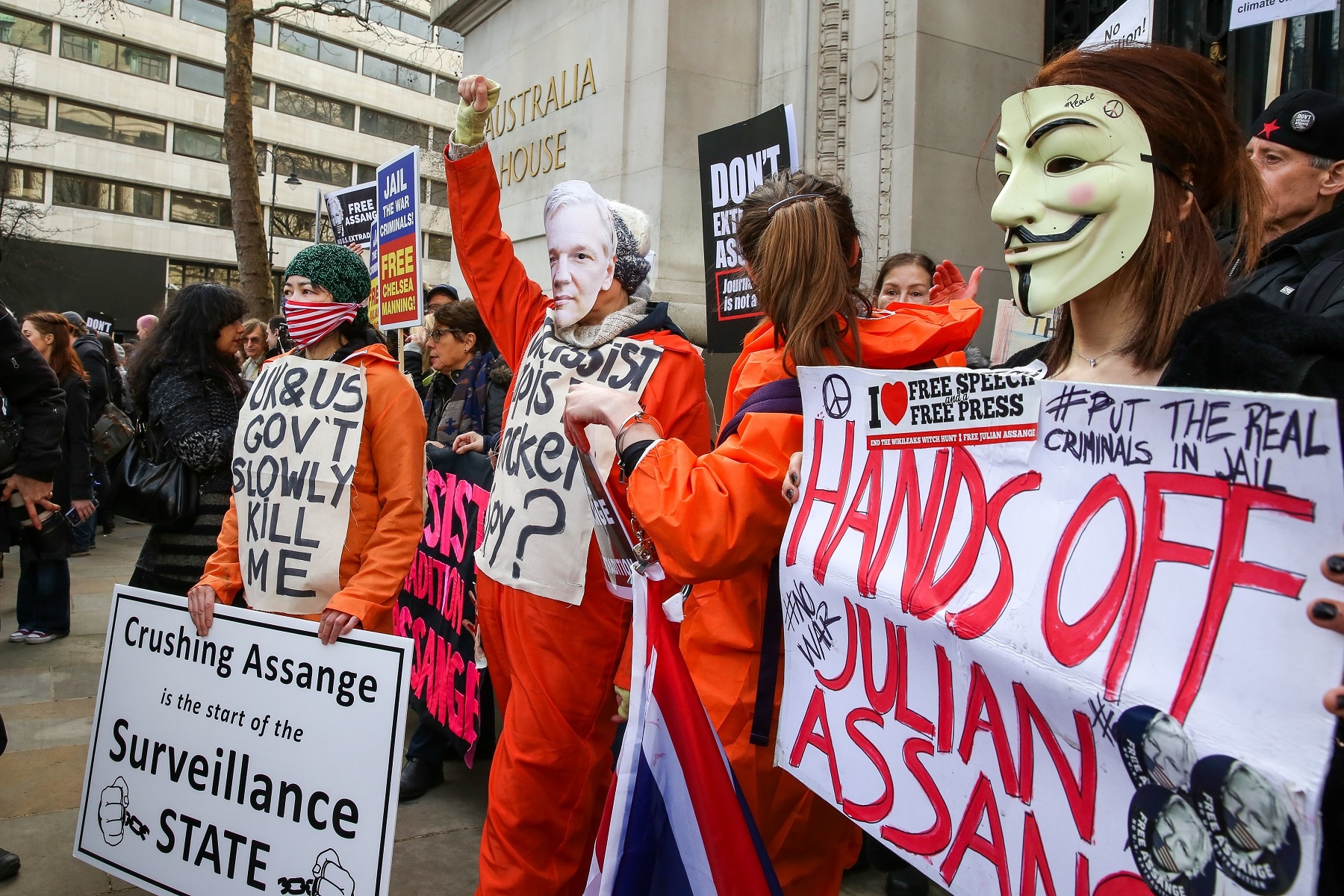 A Spanish court has heard allegations that private security firm Undercover Global installed microphones and cameras inside the embassy to spy on Assange's meetings with his lawyers.

Assange's legal team will argue that the spying denied him the privacy to plan his own defence against extradition. The charges against Assange relate to allegations he tried to help former US Army intelligence analyst Chelsea Manning conceal her identity as she accessed classified diplomatic cables and files about the Iraq and Afghanistan wars.

They also relate to WikiLeaks helping publish thousands of the files, including some that revealed US war crimes committed in both countries.

The extradition hearing will run for one initial week before being adjourned until May, when it will run for a further three weeks.